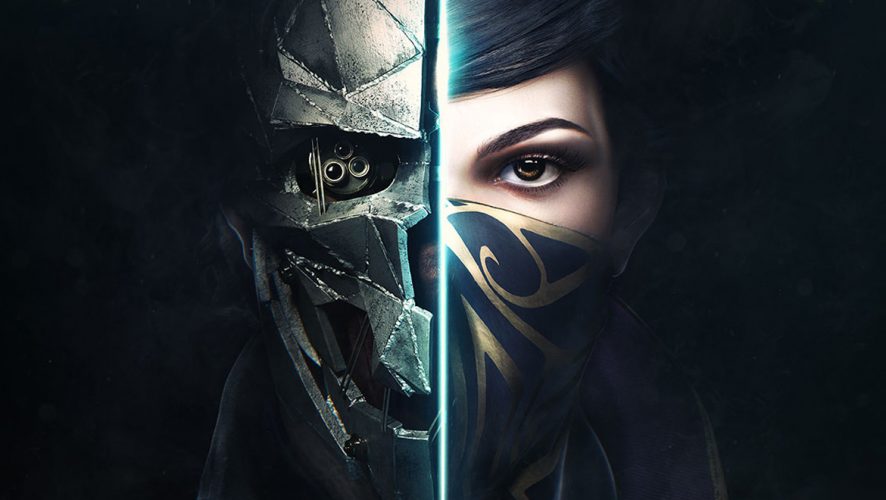 As Mel Brooks once said, it’s good to be the king. Unless your name is Emily Caldwell. And if your dad is Corvo Attano, one of the most famous protectors and assassins in the world of Dishonored. Bad things usually befall protagonists in most video games and these two are no different. Thankfully, you can climb back up from such turmoils.

15 years have passed since the events of the first Dishonored; Emily is leading the country of Dunwall and she’s a badass stealth ninja fighter type like her father. Of course it all goes to heck when her aunty Delilah comes in and throws the both of you out via hostile kingdom takeover.

Here’s where you pick between Emily and Corvo for the rest of the game. Both of them have different playstyles despite being trained in stealth and assassination. Emily can link up to three or four enemies so they share the same fate, as well as cast Dopplegangers and Shadowwalk to make yourself less visible. Corvo still has his trademark Blink teleporting skill and can slow down time to a crawl, as well as possess small creatures. Story-wise, the two character’s paths are more or less the same save for some differences in dialogue and conversations. 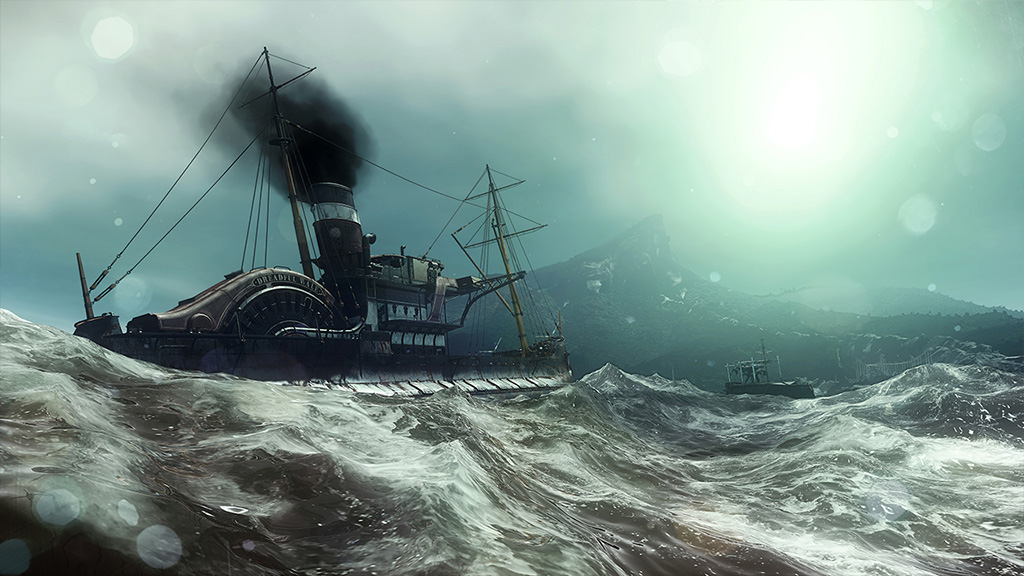 This choice is mostly about how you like to experience Dishonored 2: either with a new character or the same guy from the first game. Both are equally fun as their playstyles mean that you can set up different tactics to lure and kill off guards, or just move in unsuspectingly. “Force”-pulling keys and items using Emily’s Far Reach skill while bewildering people or just using Corvo’s time stop just to see it in effect is a reward in itself.

Still, one can’t help wonder if this is just Arkane Studio’s way of making people play the same areas twice. Unless you’re a completionist, this can be a negative for some.

Places To Go, People To Kill(?)

Part of the reason why Dishonored 2 is a joy to play is because of its setting. The game takes place mostly in the bright-yet-disturbing hot land of Karnaca. You get to see a brighter and more colorful bunch of locales compared to the first game’s grimy setting of Dunwall, and there’s a lot more to explore if you take your sweet time sightseeing. Said locations include a mansion with clockwork interiors and shifting rooms and compartments, a fractured mines outpost where dust bowls come in at the most random of times, and a museum overrun by witches.

As unique and out-of-this-world as it sounds, these levels and places add to the fun that is Dishonored 2’s core gameplay: to sneak around undetected to complete your assassination-slash-subduing objective, or to just flat-out murder everyone in sight if you botch the sneaking using your Outsider mark magic skills. 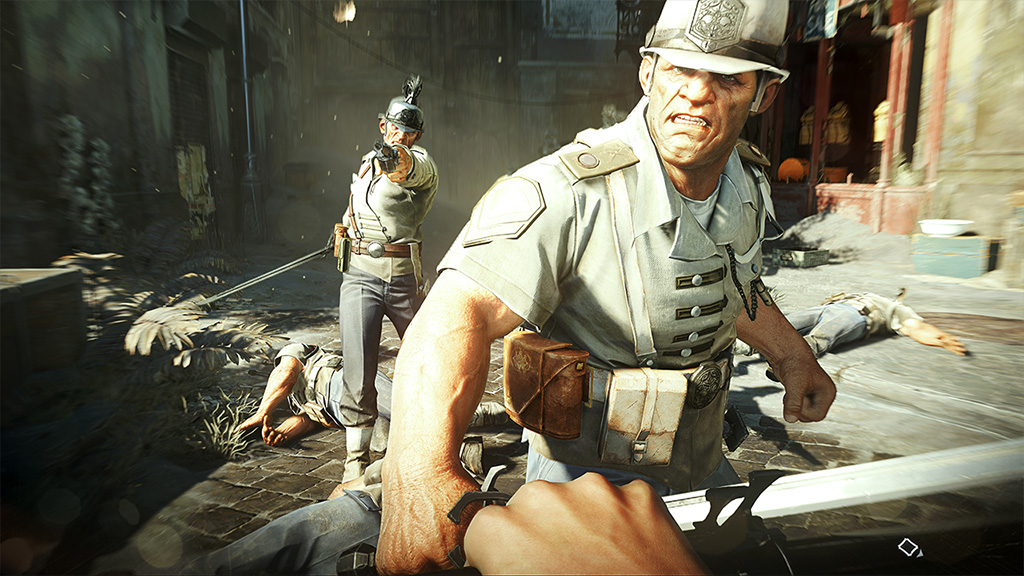 The clockwork mansion shifts around and open up new areas and floors when you trigger certain switches, but you can always find a way to sneak within its inside mechanisms. The dust bowls in the desert mine area obscures the visions of the guards and your adversaries, making it slightly easier for you to knock out people in plain sight.

Fighting the witches in the museum aren’t the same as dealing with the patrolling guards, as they can teleport around and mess you up. There’s also a bigger emphasis on verticality this time around. When in doubt and totally lost, just take it to the top literally. The game wants you to think beyond the straight and narrow, so go Far Reach/Blink to that lamppost or lighthouse to get a better lay of the land.

And just like in the first game, you can also incapacitate your targets in non-lethal ways. That will require extensive exploration and notes-searching, as well as eavesdropping on a pair of guards off-duty. This is also where Dishonored 2 shines; tidbits like the history of the mines via newspaper reports and even reminder notes from Karnaca’s guards on an officer’s desk help flesh out its lore and image. Be sure to take your time; the game tracks it down in-game so you can reread it if you wish.

You can take the easy way out and kill people in your path, but your endings are determined by your kill count and chaos level. 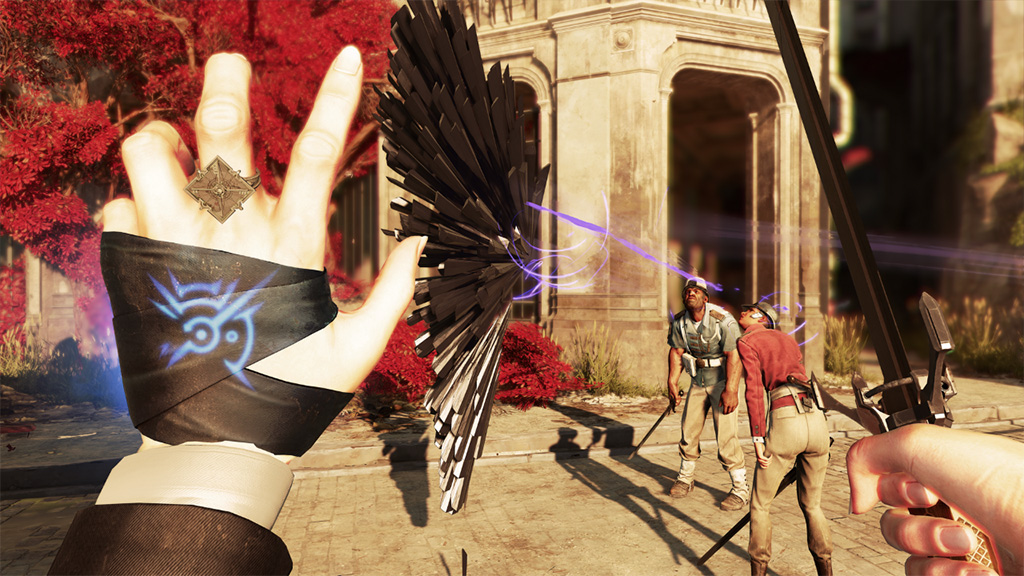 If you’re a perfectionist in stealth, you’ll definitely be using the Quick Save and Quick Load features over and over again. However, Enemy AI can change up halfway from their regular patrol routine. This means you’ll need to use whatever Outsider powers and power up whatever skills you have. You can learn new powers and upgrade existing ones using Runes, and you can add bonus perks and modifiers with Bonecharms.

Both these collectibles are scattered throughout each stage; while optional, it does not hurt to spend more time in a level just to hunt for a few of these. You’ll feel the difference in power soon enough; we went the stealth route for our first playthrough. In this instance, we had Emily decked out with Bonecharms that enable quieter landings from high-rise areas and faster movement while carrying bodies. This helps so that she won’t be spotted easily by guards and go about her stealthy assassinating ways.

You can also craft your own Bonecharms (which come out corrupted by default), and even upgrade them further to thin out its negative stats. You also can purchase (or rob) Black Markets for additional goods and upgrades like faster crossbow reloading, instant-effect sleep darts, and even have your lethal weapons cause more explosions or erase traces of a body when used. 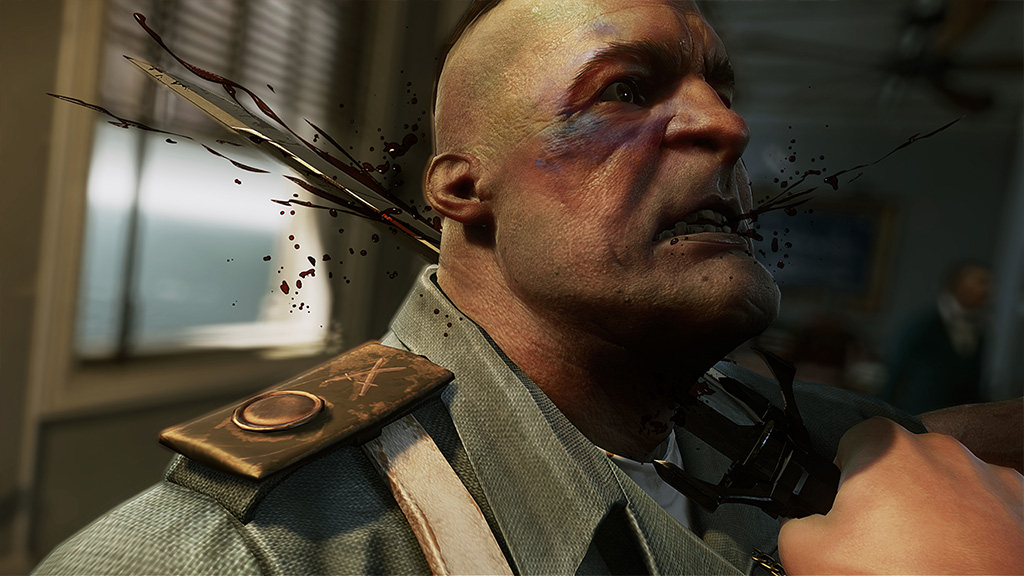 And that’s why this sequel triumphs: it expands upon the first game and then some. The plot moves forward in a logical way; well, its own logic anyway what with the clockwork soldiers and dark magic. The new magic powers help make Emily and Corvo more distinct stealth assassins for players to pick and play as. And most importantly, the game still rewards you for playing it like a stealth game without penalizing you abruptly. You might get a slight déjà vu feeling though, especially in the Dunwall parts of the game.

Arkane Studios gets yet another notch in their game design belt; Dishonored 2 is this year’s masterclass example of a great stealth game that rewards flexibility and diligence.