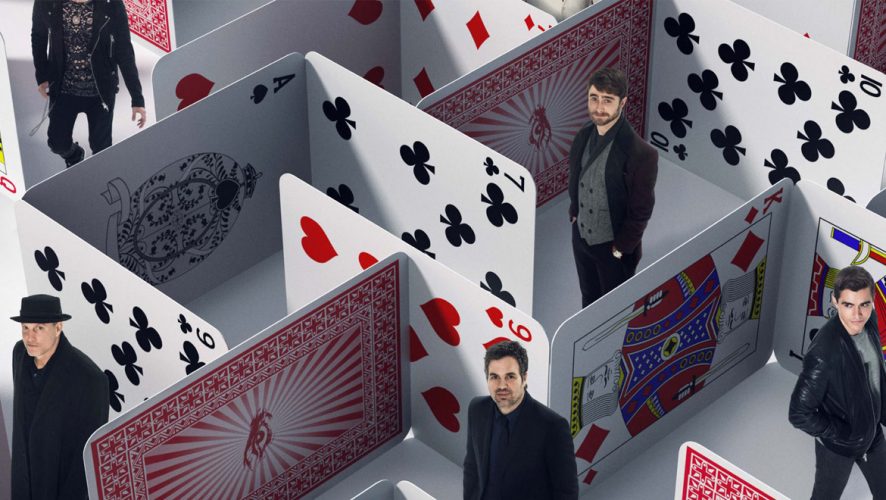 Geek Review: Now You See Me 2

Sequels can be a weird beast – at their best they enhance a treasured original while adding something new to the tale, at their worst they’re just a mindless cash grab. The greatest trick that Now You See Me 2 has done is to be neither – it’s a movie that believes it is improving on the original, while multiplying everything that the first movie did badly.

The first, at best, could be described as Ocean’s Eleven meets The Prestige, before it descended into a silly twist and some mumbo-jumbo about an ancient sect of magicians, The Eye. Having gone into hiding at the end of the first movie, the magicians – The Four Horsemen – await The Eye to call them back into action and make their grand return in public, which leads us to part two.

The Four Housemen, despite their apocalyptic name, are the good guys who stop evil corporations from robbing the common man of money and privacy. It’s a worthy cause – until you realise that these guys are doing good for fame and adoration. Now You See Me 2 is all about men with big egos posturing to see who can outsmart the other. But don’t be tricked, there are little smarts involved – both sides build their house of cards as high as possible, just hoping the other falls first.

The star-studded cast – Jesse Eisenberg, Woody Harrelson, Mark Ruffalo, Dave Franco, Morgan Freeman and Michael Caine – returns, joined by newcomers Lizzy Caplan and Jay Chou (in case you miss his disappearing act, he’s there rapping over the end credits). Oh, and there’s Daniel Radcliffe desperately going against type – here he’s the rich boy whose just no good at magic, the anti-Harry Potter, if you will. All of them put in a pretty good job of being really smug and insufferable.

A bright light might just be director Jon Chu – he of Step Up 2, Step Up 3D and GI Joe: Retaliation fame. He’s obviously a go-to guy for sequels, and he does have an eye for the flashy and ostentatious. But saddled with a limp script. In Now You See Me 2, there’s only so much smoke and mirrors he can use to disguise the movie’s weak spots.

Even as the story twists and turns, there’s really not much up its sleeve – its not that they’re predictable, but that they largely make no sense and play more for shock value. The phrase “the long game” comes up quite a bit, and in Now You See Me 2, some games are very, very long indeed.

The biggest let down is how there’s a good movie in there somewhere amid the groan-worth moments. If they would focus more on huge tricks (like the first one, here there just aren’t enough) or maybe a more coherent plot that doesn’t just focus on shock twists … Now You See Me 2 could have been worth seeing.

Practical magic, after all, is all about misdirection. But don’t be fooled – in a movie about magic, you’re left wishing for just some magic to be wowed by. But the movie doesn’t quite trust magic, surrounding it with loud, flashy effects that move beyond simple misdirection to pure desperation to hide a trick gone wrong. But when a magician doesn’t even believe in his own bag of tricks, the audience knows. There’s a feeling that a lot of people worked hard to make this movie look good – a pity that it’s a few cards short of a full deck.

Now You See Me 2 is a movie about magic that is strangely lacking in magic, instead you get a lot of smug people waving their hands around.

Siege is a love note to Transformers G1. 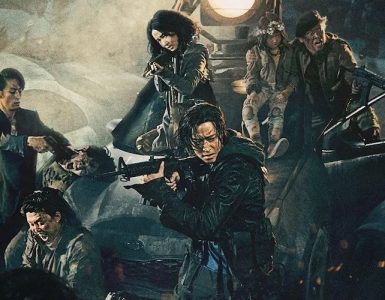 Peninsula is not as sharp as the original, but it’s the kind of movie that delivers on the action and emotion, and plants hope in the audience.