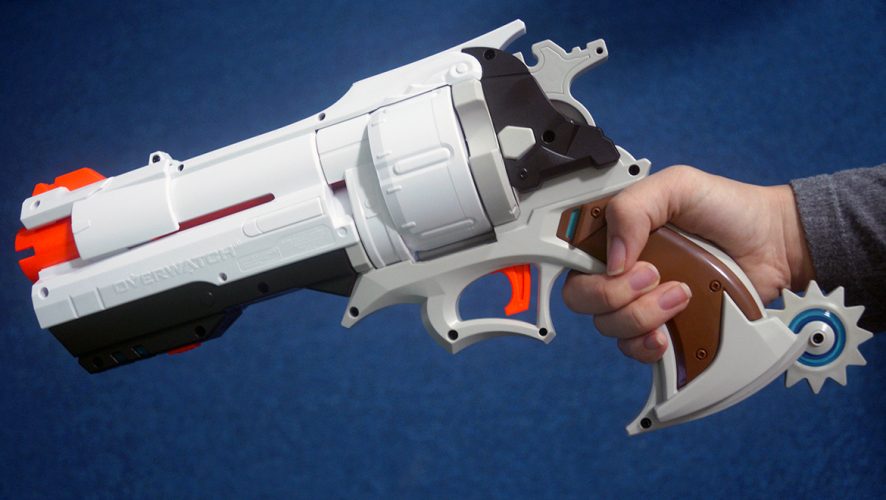 For a revolver meant to showcase righteousness of Overwatch’s renegade-turn-vigilante, the Peacekeeper is a decidedly one-shot-wonder for Hasbro’s Nerf series.

In the literal sense that the company designed one of the best-looking replicas of an Overwatch weapon, but chose form over functionality. This revolver only holds one round at a time, and is more flintlock pistol than a handgun. That’s right – you have to reload after each shot. To do so, you pull back the top of the weapon’s barrel, to slide open a chamber where the gun’s cylinder normally sits. Insert a Nerf round, slide the barrel back to its original position, take aim, and fire.

Miss? You will have to rinse and repeat, until you get it right, or get hit, whichever comes first. Play of the Game indeed. The process isn’t tedious but if you’re looking for a competitive edge, you’re better off chambering that round at yourself. 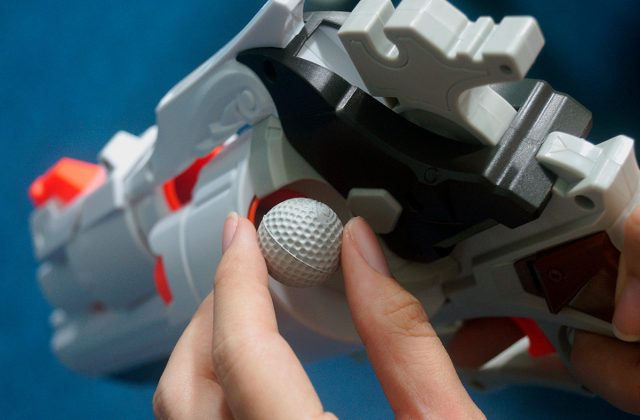 But if you’re looking for a Peacekepper prop that looks and feels like McCree’s iconic weapon, Hasbro has gone all out to craft a revolver that looks, feels and acts like one. Size-wise, the Peacekeeper is huge and even in an adult’s hands, it will be like seeing a teenager gripping a .44 Magnum revolver. 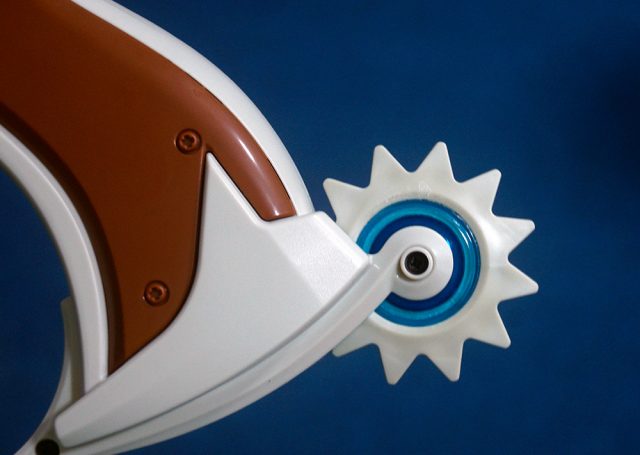 The grip is probably the only regular-sized thing about the weapon, and it comes with the pretty much iconic spur at the end of the grip. The one here rotates, which is a nice touch for the prop. The barrel itself is huge, likely as part of the design of the Peacekeeper, but also to accommodate the Nerf high-impact rounds. Instead of the regular yellow ones, the one here has six grey ones. 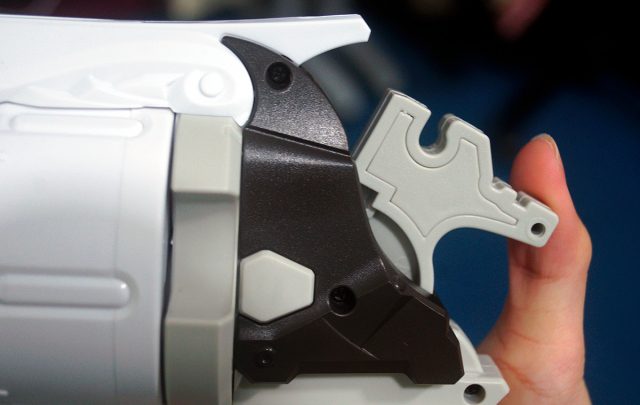 Pulling back on the cocking mechanism, which covers the barrel, ejects the chamber and once the round is in, sliding it forward arms the revolver. The weapon’s safety is at the base of the barrel, which prevents a cocked weapon to be discharged. Next to it is a small orange valve that protrudes when the weapon is cocked. Pressing on it releases the cocking mechanism, and the weapon won’t fire. 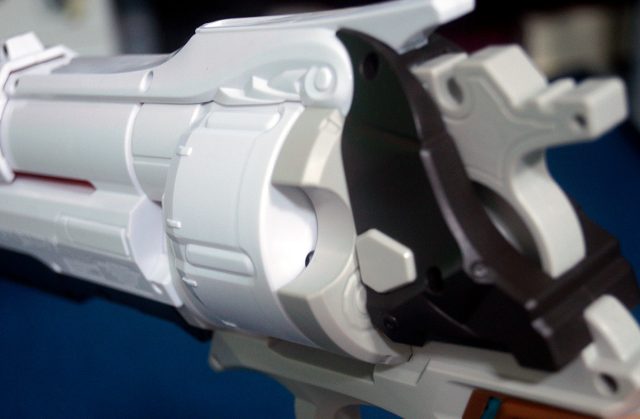 And it will fire. With a single round, this baby can seek and destroy. With two or three rounds inserted, the Nerf Peacekeeper becomes like a mini shotgun burst, where the rounds are spread and cover a slightly bigger area. The range for this is not as far though, but any target you have in range would be hard pressed to avoid one round, much less three covering a larger area. 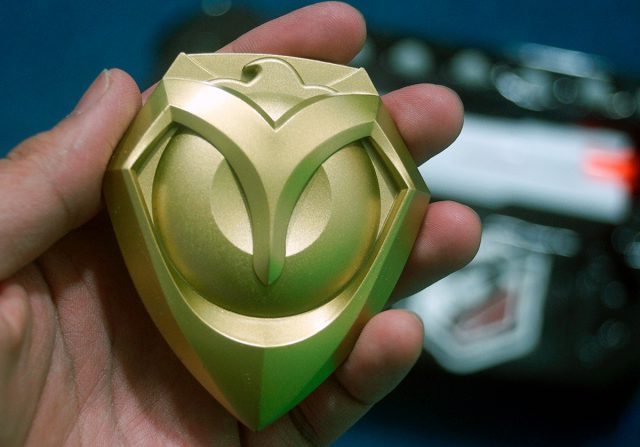 But if you want it as a prop, the hammer, like the rotating spur, on the Peacekeeper is actually a moving unit. You can “cock” the weapon as intended, and squeezing the trigger, even if it is not cocked, will make the hammer click back in place.

Now all you need is a cowboy hat to go with the replica diecast badge that comes with the Peacekeeper, and you’re on your way to becoming the latest hero in the new frontier.

Armed with this blaster, you’re all set at becoming the latest hero in the new frontier.