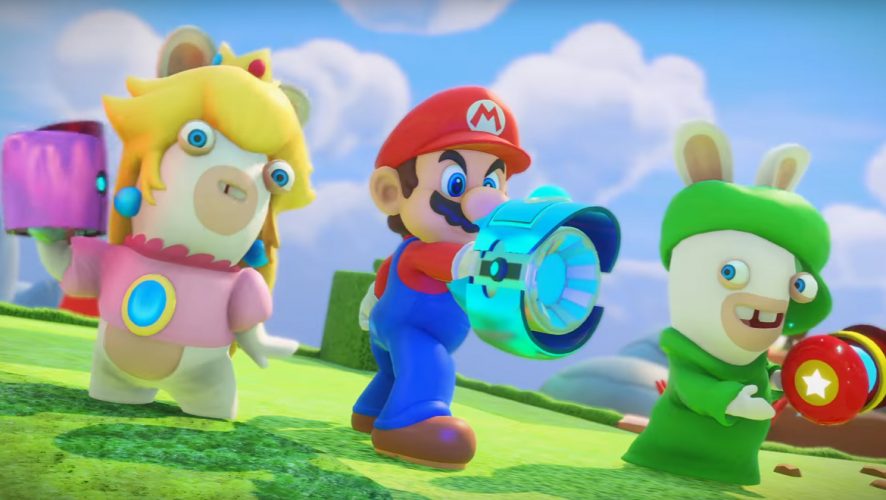 Nintendo and Ubisoft have had a good relationship for a while. For most, the formal introduction to Ubisoft’s ‘casual’ IP, the Raving Rabbids, started way back with the Nintendo Wii in 2006. Since then, Ubisoft’s furry mascots have risen and fallen together with Nintendo’s fortunes.

Many a Wii party have featured these irreverent creatures, who have also spun off and crammed into almost every money making opportunity Ubisoft has dreamt up.

Unfortunately, these Rabbids are hardly as marketable as the Minions from the Despicable Me franchise, but somehow they survived. 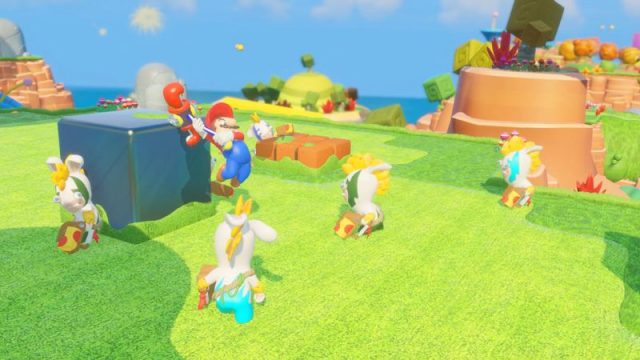 Thankfully, Ubisoft’s first foray onto Nintendo’s wildly popular Switch console with Mario + Rabbids Kingdom Battle is the best incarnation of Ubisoft’s crazy bunnies, since the first Rayman Raving Rabbids. This was an IP mish-mash that no one saw coming. Considering that it features Nintendo’s main mascot, Mario, firing a gun, it is still something totally off-Broadway and unheard of. Times have changed and Mario + Rabbids Kingdom Battle is by far one of the best titles to grace a console that, frankly speaking, has a dire need for more games.

The premise is simple – the Rabbids have crossed into the Mushroom Kingdom and it’s up to Mario and gang to combine forces with their Rabbid counterparts to save the day. Starting off with only original Mario, Rabbid Luigi and Rabbid Princess Peach, players slowly add more characters into their team as they progress through the game. The pacing is great as it slowly eases players into the realm of turn-based tactics games, which is a genre that could do with much love these days. 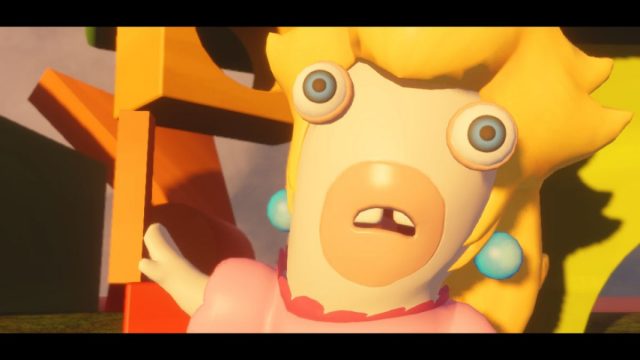 Nintendo has been home to many turn-based tactic games, ranging from Advance Wars, Fire Emblem to Final Fantasy Tactics, but none have been as welcoming as Mario + Rabbids Kingdom Battle. Compared to other tactics games, Ubisoft’s take on the genre is one that handholds a player through the nuances of the genre, but without the painful negatives. Gone are punishing aspects such as permadeath or benched characters due to injury, as this game has players focusing on the real core gameplay behind tactics games: movement and cover.

Right from the get-go, the game’s UI gives players a good idea of what it takes to successfully take down an enemy, or expose themselves to return fire. With combat percentages being displayed prominently between 0%, 50% or 100%, decisions are easily made during combat. With none of the randomness of missing a 99% hit chance, new players are likely not to feel frustrated with any poor decisions during their learning journey. If all fails, there’s always the mission reset button to give the level another go with no further repercussions. 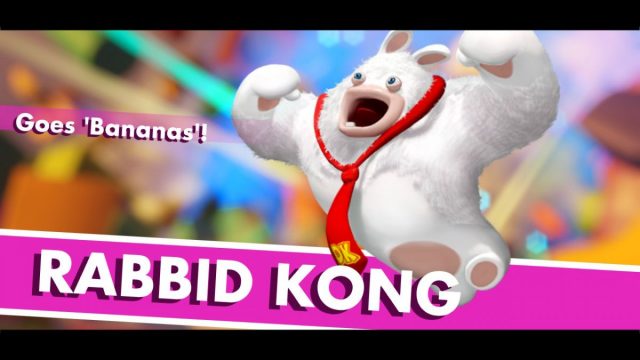 Mario + Rabbids Kingdom Battle does start off slow, especially for seasoned gamers. The introduction of unique enemy types do come rather fast and furious as the game progresses. Each new enemy has its abilities mapped out on their first appearance, which can be too much exposition for veterans. But when it comes to boss battles, you’re on your own. Everyone will definitely find it enjoyable to figure out the boss’s moveset, weaknesses and defeat it for the very first time through the use of creative movement and concentrated fire. 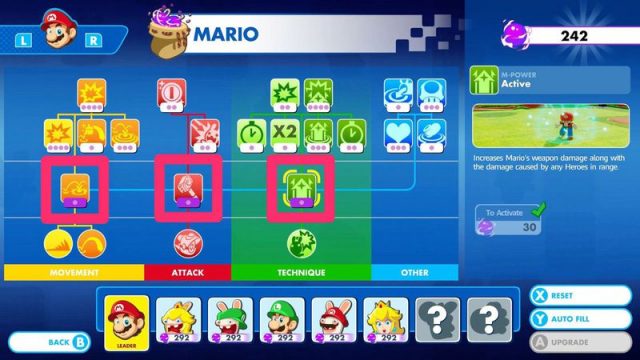 With new enemies and bosses to tackle throughout the game, Mario + Rabbids Kingdom Battle introduces a skill tree mechanic that branches out using the in-game currency of Power Orbs. Gaining more Power Orbs depends on how well you do during normal missions and all characters gain them at the same pace, with no need to juggle the roster. However, the tooltips for the skill tree is rather vague, so you’re left figuring out what really works best. Tip: Rabbid Luigi is OP, so level him first.

The real drawback I’ve found to this game would be the sudden difficulty spike midway through the game, and being unable to swap out Mario from your squad selection. While the first issue could be solved easily by selecting a lowered difficulty before a mission, the latter is much more tricky. Perhaps it has to do with Nintendo’s terms of the partnership, in making Mario a mainstay no matter what, but Ubisoft definitely gains the upper hand by making the Rabbid versions of Nintendo’s icons far more superior than the originals. Well played Ubisoft, well played. 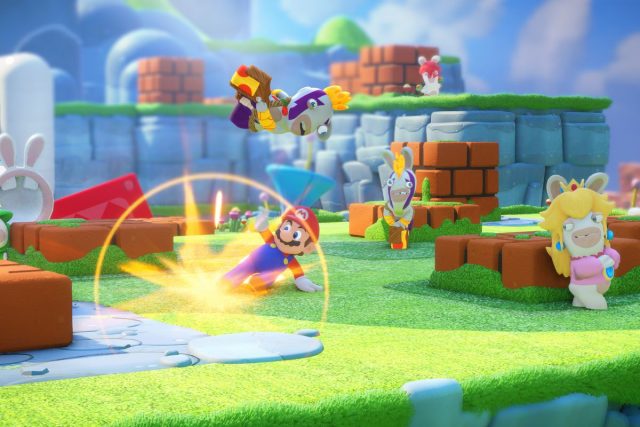 Oh, and, co-op mode isn’t as great, and feels rather tacked on considering the fuller single player campaign.

Mario + Rabbids Kingdom Battle is an excellent title for all Switch owners to tide you over to the bigger hits down the line. The Rabbids are not as irritating as before and the IP seems to have grown together with the audience which might have encountered them the very first time. If you’re new to the genre or a veteran, this is one title that comes highly recommended.