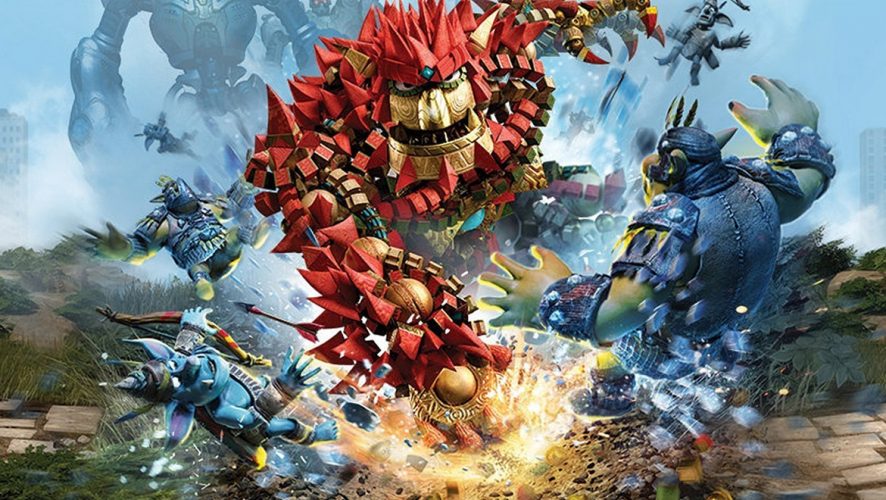 When the PlayStation 4 was launched, gamers ushered in a new generation of console and even shinier graphics, and the original Knack was supposed to be an example of those capabilities, with its use of particles, such as debris, cubes and pyramids, to make up the titular character, to show off the graphical power of the PS4.

But beyond that, the gameplay and design of Knack was not exceptional, nor was it a system seller, as the overall look merely echoed the PS2’s era of 3D platformers, and even then, Knack was a shadow of those games.

And with the recently remastered Crash Bandicoot N.Sane Trilogy doing extremely well, Knack’s sequel had a lot to live up to. With such a history, it is safe to assume that nobody asked for a sequel to Knack, but here we are with Knack 2. 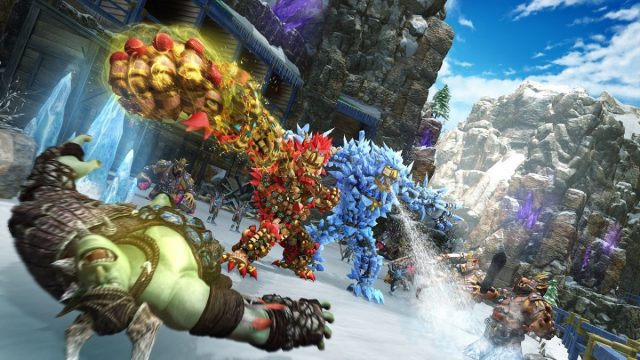 A few years has passed since the conclusion of the first game, with Knack stopping the goblin invasion and saving the world. Now, Knack 2 starts you off in the middle of a fresh invasion and an attack on Newhaven, and the story goes on from there. It is not a deep and engaging tale, with the cartoonish aesthetics clearly meant for a younger crowd, but it does its job at a moderate pace.

Knack 2 retains much of what was in its predecessor – namely a linear platformer sprinkled with combat and the occasional puzzle. What is new, though, is Knack’s much improved moveset, which gets regularly updated as you face off against goblins, to even bigger foes. String combos together and you will unleash his full power against the variety of enemies, from human-sized goblins to towering robots. Expanding Knack’s moveset is a great design choice, and refreshes the experience whenever it starts to slow down, and the game is made better for it in every way.

Add in more treasures to collect and skill points to earn, and this becomes a pretty substantial 8-10 hours’ journey. Knack’s ability to enlarge and shrink returns, this time more frequently, which is a plus in my book. The tiny and adorable Knack never gets old, especially during the puzzle sequences that require a little more thinking and more transformation. 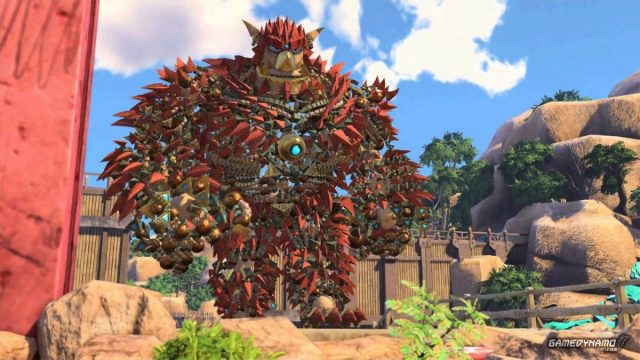 But having a gigantic Knack rampaging through a goblin city is awe-inspiring and a much welcomed power trip, but sadly, this occurs infrequently. The sense of power and destructibility strikes a perfect balance throughout the entire game when combined with platforming/puzzle sequences. The changing demands of the level designs adds further variety to the gameplay, and there are even vehicular levels, with Knack commandeering a tank or my personal favourite, a giant mech of his own.

Knack 2 was always going to improve upon its first outing, and graphically it is outstanding. Character design is a strong suit of the game, and Japan Studio’s influence is evident. Robotic enemies look as intimidating as they are cool, and the vistas – lush gardens to snow-capped mountains and many more – are breathtaking. Knack’s mannerisms when interacting, or while shrinking or growing, adds layers to a previously bland characterisation. 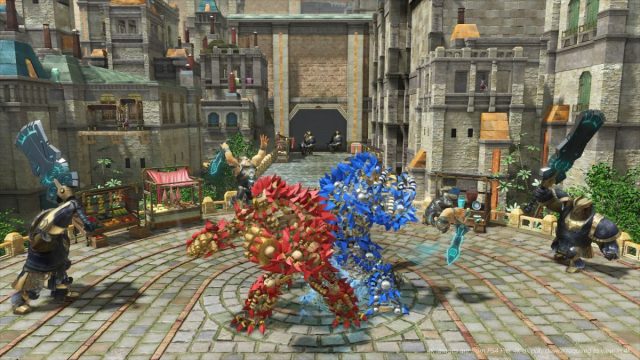 One sticking point that can sometimes irk gamers is the use of a fixed camera. For a game that requires some deft platforming or fights involving multiple enemies at once, this can be troublesome and frustrating. Also, Knack 2 seems to be more skewed towards cooperative play, as while it is entirely playable solo, having a partner makes some puzzle sections easier.

Knack 2 improves upon everything that was in the first title, but that is not saying a lot. I thoroughly enjoyed my romp through its colourful world and the return of Knack. Still, with more polished alternatives out there, Knack 2 does not do enough to be a hit, but it sure gave it a big swing.

Knack 2 returns bigger and better, but that is easy when we are talking about Knack.