Once upon a time, speakers played music, or whatever it was that you piped through it. From CDs, MiniDiscs to MP3s, the biggest change was when a wired connection was replaced by wireless Bluetooth technology.

The next change is upon us, as the newest type of musical content delivery comes in the form of WiFi connected speakers. Essentially, these are speakers that are connected to the Internet, and allow users to access their favourite music content services. In most instances, the use of such speakers is well supported by Spotify or via Google Cast.

Manufacturers are now in an endless push to try to add newer features to existing hardware, in order to create the notion that consumers are buying better and newer products. Most recently are speakers that come equipped with virtual assistants such as Alexa and Google Assistant.

Which means that instead of transmitting music, or whatever you pipe through it, users now have an always-on, voice-activated device sitting in the home. But also act as a conduit for all your connected smart devices.

The JBL Playlist is one of the latest smart speakers, even though it was released in late 2017. While most folks would know of JBL as being purveyors of colourful, portable speakers which can take a tumble, the JBL Playlist is as tethered as they come.

It doesn’t offer USB charging and is a full-on home speaker, not unlike a Sonos but on much more wallet-friendly terms. Plug in the speaker to the wall and you’re ready to go. Well, almost. 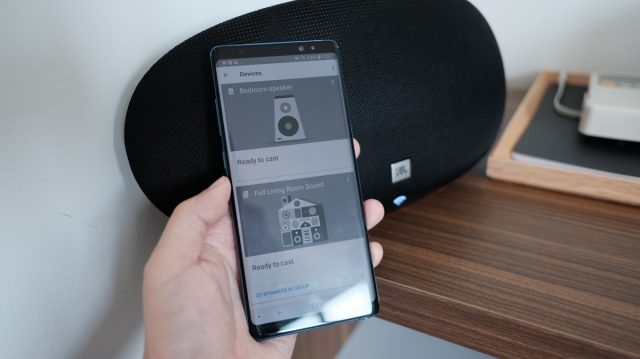 During the very first setup, there were connectivity issues between the home network, the Google Home app and the JBL Playlist. This made initial setup much longer than expected. Unlike the setup with a Google Home, the Playlist took a good 10 mins before creating the link. The lack of any error messages or prompts means that users would have to take a leap of faith, and have a good amount of patience, to give the speaker some time to make the first connection.

Once that was done, the next challenge was actually getting music playing on the speaker. 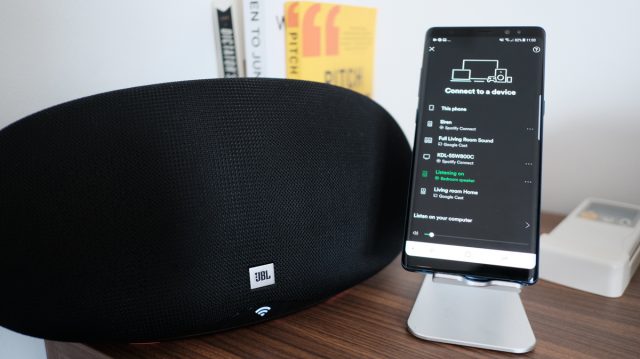 During initial tests, the speaker didn’t like playing music if controlled directly from the phone via Spotify right from the get-go. For some reason, if you were to play audio from the phone first, before manually selecting the speaker, it produced better more consistent results. No such issues were present if playing audio directly from a PC desktop.

Apart from connectivity issues from the start, the JBL Playlist performed flawlessly once the tunes got going. There might be a bit of getting used to as the sound profile of the JBL Playlist differs quite a bit from what you might be used to. Coming from mostly Sony audio products, one might find that bass comes on really strong, with mids and trebles taking a backseat.

This means this is the perfect speaker to place right in the middle of the room to pump out those heavy beats for any house party. But if, you’re more of the sort that prefers a speaker that hums gently in the background, the JBL Playlist still works though it might not be the most optimal.

A good example of this would be Hysteria by Muse which brings plenty of energy with a strong bass line, and the JBL Playlist had no problems filling the room with the beats. If we were to switch over to something more mellow like Baby Plays Around by Anne Sofie von Otter, one might struggle to make out the words being uttered, even if the audio was turned up. Thus, if your needs fall more into the range of crowded house party, the JBL Playlist is definitely the one to consider. 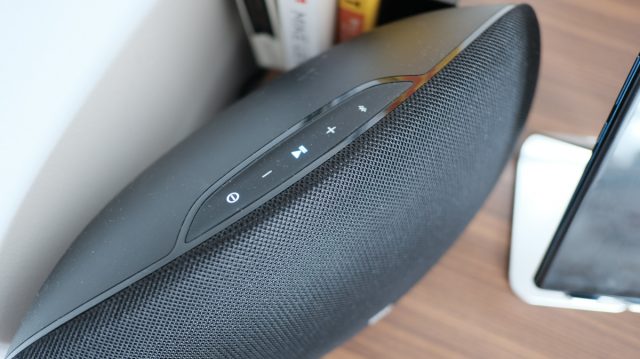 The real weakness of the JBL Playlist is its Bluetooth connectivity, which frankly, is not the feature one should be getting this speaker for in the first place. With Bluetooth, audio seems to have a good bit of latency and this is even more pronounced when it comes to videos. Stick to Spotify and you’re pretty much set.

Considering that the JBL Playlist uses Google Home to set up, the functionality is there to set up multiple speakers in different rooms in the home, and get them to play at the same time or in selected rooms. It’s probably one of the more affordable options out there in the market to achieve this set up with a S$299 per speaker. 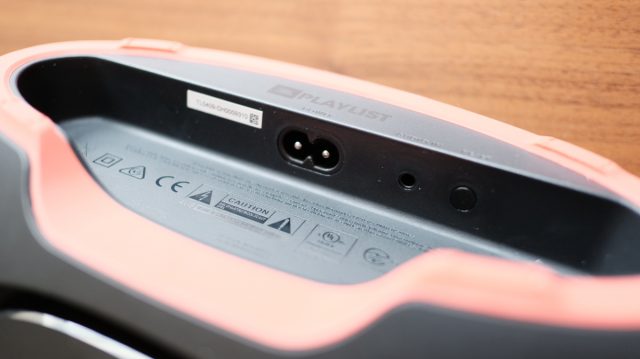 Before one decides on placement for the JBL Playlist though, do consider that the supplied power cable is only 1.1 metres long, and it limits how you get to set up the speakers at home. Thankfully, the power cord is non-proprietary and there is the option of purchasing a longer cable.

All things factored in, the JBL Playlist can easily find itself in the rooms of many homes. Perfect for paranoid folks, this speaker is as connected to the Internet just to the right degree and delivers great audio at the same time. But depending on the type of music you’re looking to listen on this device, we would recommend an audition first before making the plunge.

The JBL Playlist finds itself at an interesting point in time when it comes to WiFi connected speakers. Depending on your preference on sound profiles and envisioned use, this is the speaker that is great for the bedroom for quiet evenings and even better for weekend parties if you’re planning to turn the volume all the way up.