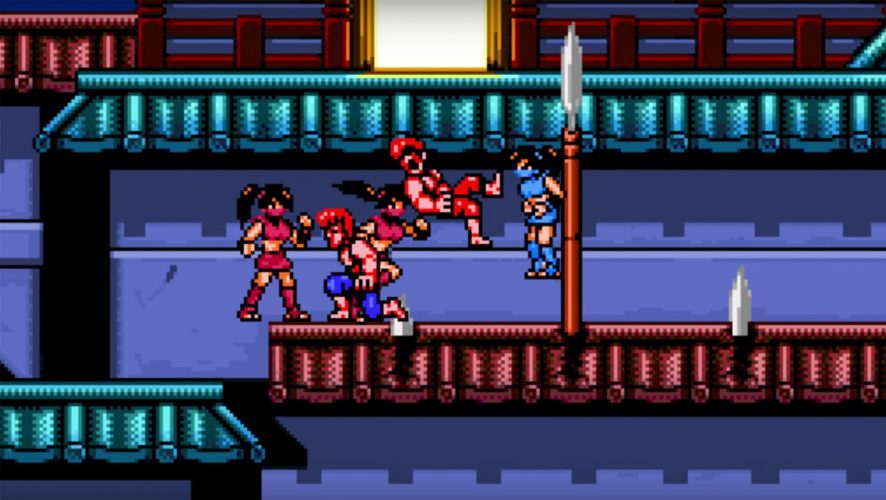 As someone who has played ALL the Double Dragon games (including the atrocious fighting game based on the horrible 90s cartoon adaptation), I felt elated when I heard that Arc System Works (ASW) is involved in the new Double Dragon title. The developers, known for their enigmatic 2D works, should do no wrong at bringing the classic best-with-two-players 2D beat-em-up action title back to its 8-bit roots.

As it stands, there’s enough wrong to outweigh the right.

Let’s start with the good: the graphics are great. ASW clearly recaptured the 8-bit look very well with the sprite work, the backgrounds, and the overall aesthetics and feel. The team did cheat with some 16-bit sprite oddities (take a good look at the top parts of the elevators; blink and you’ll miss it), but these are few and far between. Even the controls are slick. If you’re familiar with the Nintendo Entertainment System’s Double Dragon titles, you’ll be pleased to know that you don’t have to press two buttons to jump. That’s all mapped on one button, in addition to a button for punching and one for kicking. Jumping up and pressing the kick button at the jump’s apex will trigger the signature Helicopter Kick. You also have the Super Knee and Wakeup Uppercut from Double Dragon II. They’re easier to pull off now, and believe me when I say that’s a good thing because the challenge level will get crazy.

Your assortment of bad guys such as the cartwheeling Williams, mace-throwing Ropers, and even good ol’ giant baldie Abobo will dogpile you like nobody’s business. They’re smarter in this iteration. Instead of following you from one end of the screen to the other, they wait for you to come to their side. When you see these miscreants gathering next to the top of the ladder, you’re not getting up there without taking a hit or ten. And that’s not even counting some moves from the bigger enemies like dropkicks and Abobo’s “jumping air elbow seizure” that take out almost all of your life. They’re also invincible to obstacles and traps, further adding to how much this game wants to end you.

Speaking of which, good luck trying to figure out how to jump onto the X-shaped platforms without losing a life.

Even with your awesome moves, you still are at a slight disadvantage. Your invincibility frames while getting up is lessened, so the chances of you dying when getting dogpiled by 3 to 4 enemies is very high. Your wakeup moves (the uppercut and the flying knee) are useless if there’s an enemy waiting slightly away from your wakeup area because he can just knock you down again. And when you’re moving up and down, most enemies can land a swift punch or jumping kick straight away when you’re in their line of sight.

You will have to think ahead not to get into a dogpile situation and pull off your cheap tactics. It is as stupid as it sounds because if the odds are heavily stacked against you without tools like proper invincibility and less recovery time for your own moves, there’s really no fun in continuing. And once you figure out that trick where you do a helicopter kick on top of a recovering opponent which will 100% knock their asses out, the victory feels a little hollow.

Thank god for the stage select cheat though (press the “Option” button on your PS4 on the title screen).You have to cheese it hard and slow to go from Stage 1 to 11 with the continues you have. There’s also some semblance of replay value like the Tower mode where you just beat up bad guys until you get KO’ed. You also get to unlock the bad guys as playable characters in Story Mode and 2P Duel Mode, so you get to play those giant Abobos. It’s an interesting notion that will entice hardcore fans even for a brief moment. 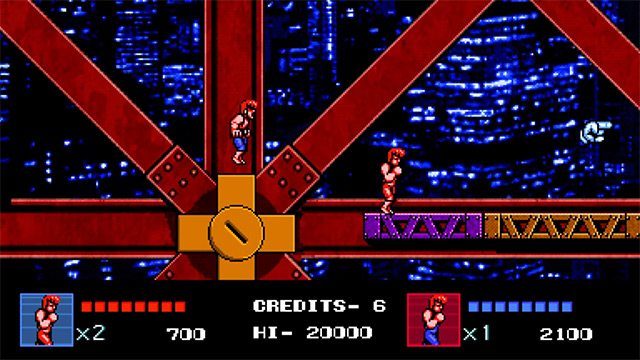 Special mention should go to the music: it’s terrible, at least for the regular background music (BGM). Do yourself a favor and change the BGM Mode option from “Normal” to “Retro”. At least the soundbites are decent. I did notice that some moves don’t have that much of an impactful synth sound like the uppercut and the upwards kick when you’re grappling someone. But otherwise, it’s passable.

Double Dragon IV feels more like a fan-created game than a proper homage. It just feels cheaply-made and designed without recapturing the series’ magic. That’s rather silly since it’s from the same guys who created revered fighting games like Guilty Gear and BlazBlue. If you like an inkling of old-school punishment while also going back to the days when beat-em-ups were purposely unfair, you could do worse than pay S$9 for this throwback. And believe me, there are worse Double Dragon titles out there.

If you want a better representation of the franchise, I heard Double Dragon Neon is still available online.

This Double Dragon fan game tries really, REALLY hard to be as old school as possible. “A” for effort though.