Geek Review: Disney’s Into The Woods

For those who know the Grimm Brothers’ fairy tales of “Little Red Riding Hood”, “Cinderella”, “Jack and the Beanstalk”, and “Rapunzel” well, Into the Woods is a highly recommended film to start the new year on a high! Adapted to screen by James Lapine from his and Stephen Sondheim’s Tony Award–winning Broadway musical of the same name, the film’s clever twists and seamless, thoughtful storytelling approach in combining these classics as a whole, will leave you yearning for more. The 2015 fantasy musical film is centered on the Baker and his Wife (played by James Corden and Emily Blunt), a childless couple and their quest to retrieve items for the Witch in return for a baby. The film weaves in characters from the popular classics that enter the woods to fulfill their familiar story missions, yet thickens the plot, as each possesses an item that the couple desires.

One of the highlights of the film is in its character development. For instance, the portrayal of Little Red Riding Hood as a greedy little girl who never has enough bread and gets tempted by the unknown in the woods, lends a different viewpoint to the girl who gets eaten by the wolf. Each of the characters will learn their “happily ever after” is not so happy after all, lending some realism to the fairytales. Perhaps also hinting that the journey is more important than the destination in life.

If that’s not an essemble cast, I’m not sure what is. 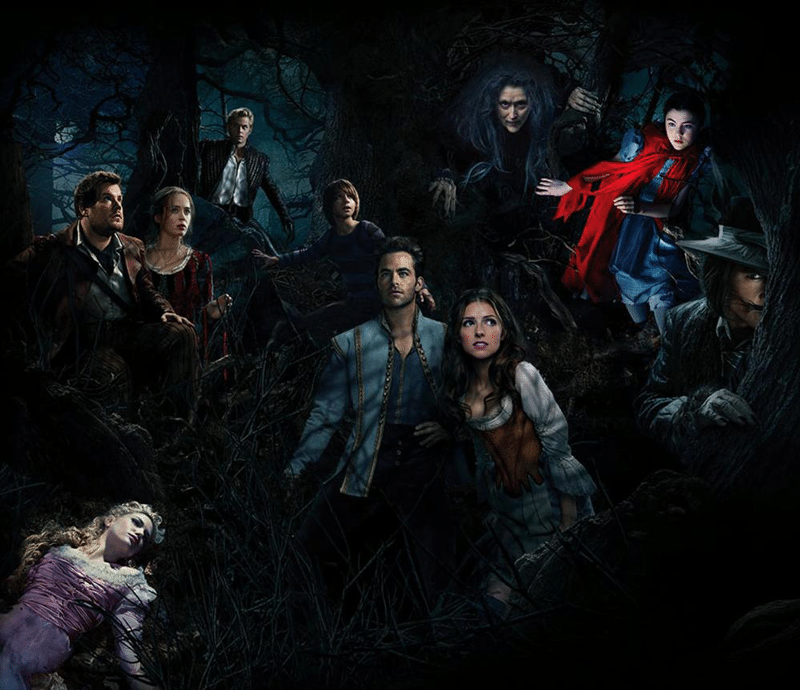 Meryl Streep is wonderful to watch as the Witch, eerily funny yet motherly to the young Rapunzel at the same time. Her vanity and oddness as the weird neighbor next door is utterly believable. While only for a short scene, Johnny Depp’s big bad wolf across Little Red Riding Hood’s story exudes danger yet allures with his singing voice, reminiscing of his role in Tim Burton’s Wizard of Oz.

The only character that got me slightly irritated was Anna Kendrick’s Cinderella, but it’s probably not Anna’s fault that the role seems two-dimensional and annoyingly indecisive. 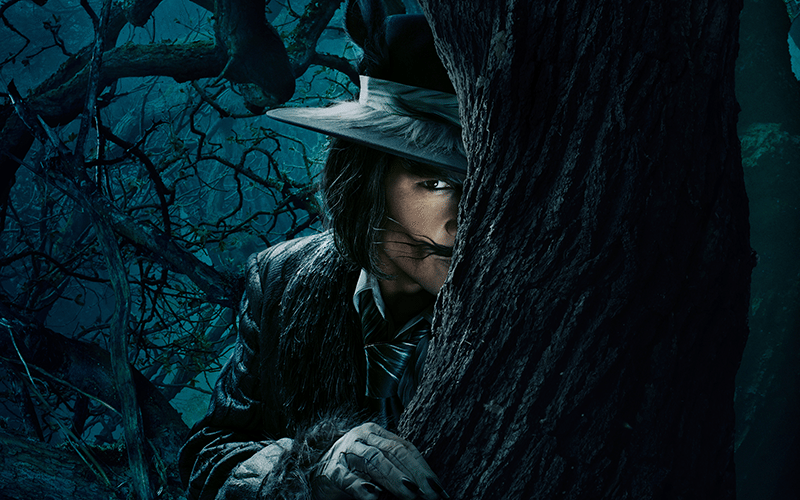 Overall, the setting in the woods comes across as more creepy than pretty, and the soundtrack plays it up with the theme song sung by the cast. That said, the film balances its family-friendliness with a humorous undertone throughout, accompanied by either the Witch’s timely appearances (played by the awe-inspiring Meryl Streep) or the himbotic singing and comic appearance of the charming Princes (played by Chris Pine and Billy Magnussen).

Obviously, Disney will not resist a happy ending to their movies, but not one you might expect, so stay tuned.

Perfect for the family!

Disney into the woods Review