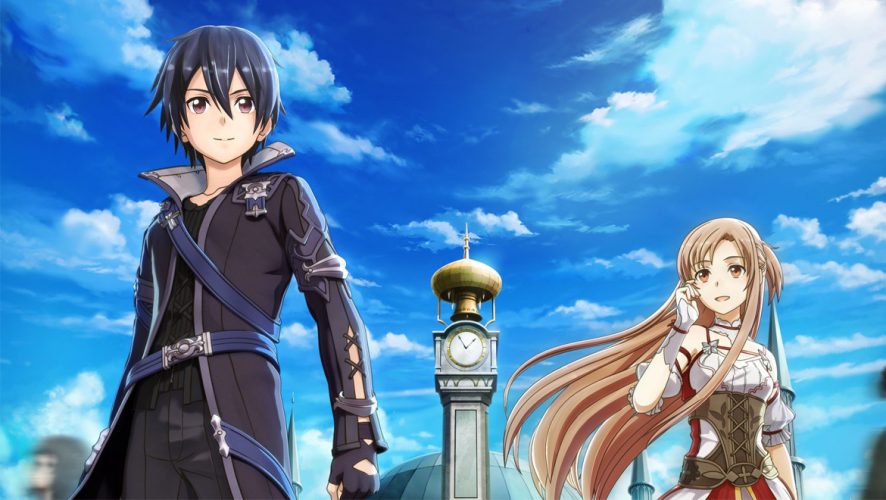 Sword Art Online: Hollow Realization (SAO:HR) is one of those games which requires you to ask yourself a few questions before you pick it up. Firstly, how much do you really like the Sword Art Online series? Secondly, how much of an old-school MMORPG player are you? And thirdly, how much mindless grinding can you take before your eyeballs melt out of your sockets?

If the answer to the above is “lots!”, “I’ve had some experience” and “bring it on” then great, you’re in luck.

Let’s start with the story, which is what probably attracts gamers to the title in the first place. Premised on the original light novel/smash-hit anime Sword Art Online, SAO:HR (and its previous titles) takes off in a different direction. As the fourth game in the in-game universe, game-only characters such as Philia, Strea and more have joined the main character Kirito’s harem party, with alternate events occurring during the original “death game” of the MMO Sword Art Online to make this all plausible. The game gives a good – if basic – recap of events leading up to SAO:HR, so those diving in aren’t completely lost. But if you haven’t kept up with the past titles or only followed the novel/anime, expect a bit of mental reconfiguration. SAO:HR’s new goals are to understand the mystery of the AI Premier, as well as explore the hidden side of the revamped MMO Kirito and friends are playing – a new MMO universe called Ainground, based partially on SAO’s Aincrad world.

As stories go, it’s par for the course. Props go to the amount of work developers Aquiria and publisher Bandai Namco clearly put into this. Practically everything is voiced with the original voice actors, and the English translations in general are top notch. Wading through the dozens and dozens (and dozens) of pages of static text from chatting up allies, while eventually tiresome, is at least not jarring. The translators did a great job evoking emotion with only plain text and the set of static images.

While the main storyline offers a great time (and some might say lengthy), the same can’t be said for its optional content. SAO:HR offers a relationship system which can become tediously long and annoying. Besides main party characters, players can befriend other “real life” characters and get them to join the party. To get better rapport, some stronger passive buffs and more, you can take them on dates around the main town, chat them up, offer gifts, and eventually move on to such titillating content as holding their hands or leaning in for a kiss. Problem is, this never really feels very useful – you’re much better off leveling allies up in terms of actual character levels, rather than relationship levels. Sure, main party folks like Asuna, Yui and Leafa have their own unique side-stories, but the plethora of no-name grunts will do little more than smile prettily and thank you. Is this really worth your time? Maybe not.

SAO:HR’s combat system is where we see the real guts of a single-player game trying to emulate an MMORPG. The game takes on both the pace and style of an action-RPG, with real-time movement and fighting, while also offering a mimicry of old-school MMORPG ability bloat.

Combat for the most part is fluid and well-thought out. Combos on foes slowly build a combo meter gauge which dramatically increases damage dealt. The game design inherently wants you to have a measured pace rather than blindly mashing the attack buttons. Combine it with abilities such as “switch”, which has characters trade positions to land extra special attacks, and fighting in SAO:HR takes on an almost ballet quality of darting in, landing blows, evading/blocking, switching and initiating lengthy chains of special attacks.

On the surface, it’s a simple system. One button uses your main attack skill, another controls the secondary skill, the third makes your character jump and so on. AI party members (up to three more) attack or defend based on their own internal script or follow commands you issue to them. And it’s perfectly possible (if difficult) to play the entire game this way.

To really advance though, the game demands you master its intricate and myriad combination of button presses to get going. For example, throwing more skills into the mix requires you to re-map controls and press combinations on the fly. Big boss fights become a case of playing more with your controller than the game; frantically running around, trying to time attacks, while also stopping to input well-timed commands to call allies to “attack now!”, “evade!” and so forth. Mastering all of them is deeply satisfying, making you feel like a real force to be reckoned with, able to quickly and capably take down enemies well above your current levels and thus raking in the XP. If you can’t get it right, you’ll struggle against even the most evenly matched foes.

Those said skills branch out from a dozen or more different trees, some interconnecting and requiring other skills first before being purchasable via level-up skill points. In the first dozen or so hours, this is rarely a problem as you’ll only have access to three or four different skills. Once the skills add up though, that’s another wrinkle in the previous note on playing with your controller, instead of SAO:HR. While extremely deep, therefore, the game continues to suffer from a case of too-much-stuff. Worse, while there are dozens of skills, it’s difficult to pin down just what some really do beyond “big pretty numbers”. 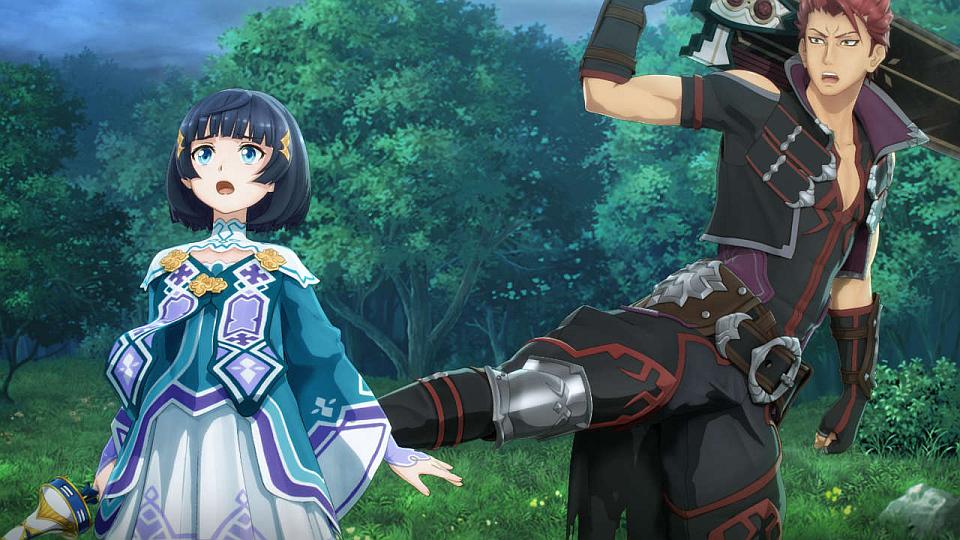 What does feel like a tacked-on system though is the praise system. Remember the relationship mini-game we talked about earlier? There’s more of it hiding in the combat system. Every character is ruled by certain emotions – being shy, bashful, hot-tempered and the like. Whenever folks use a skill while in the party, you can complement them on that. This slowly inches them towards using certain kinds of skills more, such as the Gentle subtype lending itself more to automatically using healing on hurt allies. The problem is, you’ll usually only be able to compliment at the end of battle, and if the skill they last used wasn’t the right subtype, you’re out of luck. It’ll also take quite a lot of work egging them on gently to even see any sort of result.

Glitch in the machine

We’ve talked about how deep down the rabbit hole you can go. Now comes the question of what else is a problem? While the game is graphically solid, you can expect frequent slowdowns. There are reports that it’s more noticeable on the Vita than the PS4 version. SAO:HR’s FPS dramatically slows down for the Vita version when you’re in-town with tons of NPC’s and during large raid boss fights. Is that a good thing in the hectic pacing of fights? It’s up to you, but it can cause frustration when this results in input lag while you’re tryingto avoid big enemy hits or time the perfect counterblock.

This is especially the case when you’re fighting the big bad area bosses for each zone. It’s realistic in mimicking MMO bosses – replete with special unique “one hit kill” moves, mechanics to follow or avoid, and several other full parties of AI-controlled allies to control – the game’s intense action clashes with massive FPS slowdown as well as the need to (try) and control where and what allies are doing. Case in point.

Questing is the other problem with the game. The vast majority of SAO:HR’s quests are of the “fetch me a shrubbery” sort. This leads players back into the game’s large combat zones to hunt down monsters, participate in “sudden” special events and generally grind against foes to earn money and a shot at better loot. This can be very monotonous once you’ve mastered fights that frequently repeat. The dullness is broken up only occasionally by the sight of AI-controlled “players” running around the field with you.

This is an issue more because SAO:HR is massive. There are (as far as I’ve unlocked) at least a half dozen main overarching areas, each with at least a dozen different combat zones for you to dig around in. That is a lot of ground in varied environments to cover. After a while, you just want the damn fetch quest to be over.

If you approach SAO:HR with the veneration it needs to shine, then you’re in for a treat. Taking full part in its relationship systems, mastering its intricate battle system and just plain ol’ epic loot are on offer if you’ve got the time and patience for it. For those who want more meat, less gravy, you might want to pass.

If you want to scratch that MMO itch on the go and not play a Monster Hunter or clone, this could be the game for you.