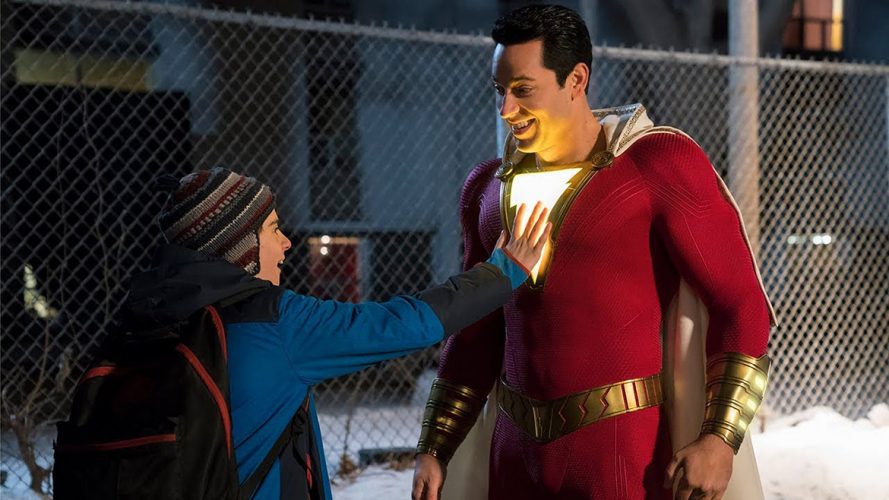 Fans eagerly awaiting the release of Warner Bro’s and DC’s big-budget film Shazam! got treated to one final trailer which gives us a bigger glimpse of what to expect in the movie.

For the most part, the latest trailer seems to focus on the different powers Billy Batson receives when he inherits the godlike superpowers which turn him into the adult superhero Shazam (Zachary Levi) after uttering the words, “Shazam!” Though from what we can see, it seems that not even an adult body can hide the fact that Billy is actually a 15-year-old teen as he tries to master his powers and in the process, causes chaos for strangers around him.

Batman also makes a cameo in the trailer, though it is not what you might be expecting.

Whilst escaping from the villainous Dr Thaddeus Sivana, Shazam decides to throw a Batman stuffed toy at the villain. It seems that when you are in trouble, you can always count on Batman being there. Or at least having his stuffed toy to throw at whoever is menacingly walking towards you.

From the looks at all the trailers we have gotten so far, we guess it is safe to say that if nothing else, Shazam! looks like it will be bringing us on one extremely interesting ride.

Batman vs Shaggy vs Arya Stark vs Bugs Bunny, that's a reality now.