There is always a delicate art of balancing when it comes to video games, where great narrative requires good gameplay to complement it, and graphical fidelity is ideally measured against the overall design of an experience. For FYQD-Studio, the one-man show behind Bright Memory: Infinite, there is no doubt that plenty of challenges had to be overcome for this stylish first-person shooter to be made.

The PC and Xbox Series S|X exclusive is certainly an anomaly. It has a legacy as a sequel to the short but memorable Bright Memory, bringing back heroine Shelia and the Supernatural Science Research Organisation (SRO), but now introduces a brand new world alongside an overhauled combat system and level design.

Bright Memory: Infinite definitely looks like an AAA game, with visuals that pop out instantly with effects and action that is as stylish as you can get. Unfortunately, just like its predecessor, it suffers from a barebones narrative and the occasional gameplay jank that betrays the game’s high visual production values.

As SRO agent Shelia, players are dropped into 2036, where a strange black hole has emerged, causing extreme weather events globally. Sent to survey the surrounding areas, it does not take her long to figure out something otherworldly is happening and the terrorist organisation SAI is involved.

What comes next is a whirlwind of FPS action and some brutally satisfying melee combat. As an elite agent, Shelia can move like a high-tech ninja, double jumping, sliding, dodging, and wall-running like it is all in a typical day’s work.

Resistance is to be expected, and Shelia can wield a robust arsenal of an assault rifle, shotgun, handgun, and a sniper rifle, each can then be customised further with different ammunition to fit the threat at hand.

The gratifying kickback with every round fired definitely adds to the fun, and the mayhem gets even more entertaining as you throw in incendiary bombs, sticky grenades, homing missiles.

And players are going to need that added firepower, as Bright Memory: Infinite still retains a certain degree of bullet spongy enemies, posing different threats to Shelia. Rifle-toting soldiers are a pest at mid-range, while those that rush you with shotguns should always be a priority. Then we have specialised soldiers that are all about melee combat, which is markedly where this game shines the most.

Shelia’s Light Blade is not just a great tool for dismantling boxes, it can slice and dice up foolish enemies that get too close. Under pressure from immense firepower? Use the Light Blade and reflect the bullets for sweet revenge. Against the melee enemies, it becomes a dangerous dance of blocking at the right moment, counterattacking, and making sure you are keeping tabs on those ranged enemies as well.

The SRO agent has more tricks up her sleeve as well, with a useful EMP ability that can grab enemies from afar and make them float, or explode them into itty bitty pieces in bloody detail. The further you progress in the game and collect Relics and Reliquaries, you can unlock even more powerful skills for both your Light Blade and firearms.

Bright Memory: Infinite then ups the ante with the addition of supernatural enemies, bringing undead warriors, godly creatures, and even deities into the fight. Less susceptible to conventional weaponry, these encounters further allow the irrepressible joy of sword-fighting to dominate the screen.

It does not always make sense, but it is clear that FYQD-Studio is prioritising giving the player a great time for both good and bad. How is Shelia able to use her EMP powers to affect undead warriors? How is this ancient figure able to speak and understand her? Why are all these soldiers not afraid of getting sucked up by the black hole? These are all pertinent questions that might get answered one day, but that is not happening in Bright Memory: Infinite.

That focus also magnifies some of the cracks that can be found in the game. Encounters can bug out with unreachable enemies that prevent progression, missing prompts that can cause instant deaths, and hit detection that will frustrate the player every now and again. Even for a short 2-hour experience like Bright Memory: Infinite, it is not something that one would expect from a title that is getting a huge push from Microsoft.

Then again, FYQD-Studio has never promised the sky when it came to this particular creation, just like the original Bright Memory. Understanding that this is a one-person effort allows for some leeway in judging the various aspects of the game, and the low price point is also a clear indication of what to expect.

Visually, the game leaves a huge impression, especially from the curated trailers and sequences shown off during marketing. There is a semblance of that during the game itself, but the fast pace hardly makes for great viewing, and some of the visual effects are definitely too over-the-top to keep the freshness going.

For what it is worth, Bright Memory: Infinite is a spectacular but limited rush from start to finish, with its fun combat and movement being the main attractions. Forget about the story, stay for the gunplay and melee action, and here’s hoping we get to see the third iteration of this franchise with more resources dedicated to the other aspects of a game.

Bright Memory: Infinite is available on Steam for $10.00.

Less a sum of its parts, Bright Memory: Infinite depends heavily on its action and visual quality without delivering a complete experience worthy of the hype. 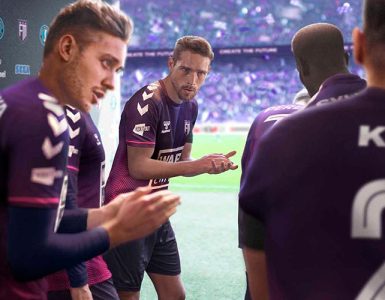