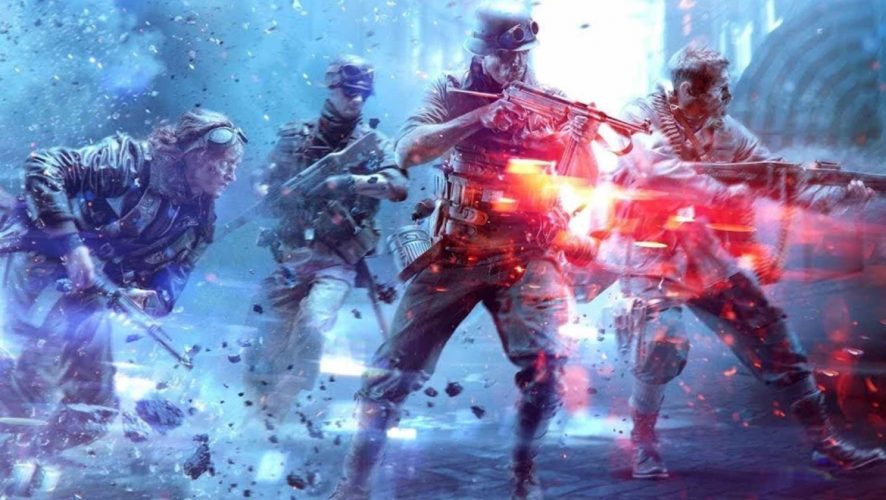 The Battlefield franchise is one that is constantly mired in controversy. That’s what you get for making a well-trodden franchise, where it’s been a constant struggle to keep fans constantly engaged from release to release. Even when the latest, Battlefield V, has opted for not having any pay-to-win mechanics, the community has still found an opportunity to rain on its parade.

Battlefield V has been released at a time where there are plenty of solid multiplayer FPS options out there, but still manages to eke out just enough to stand out from the pack. After all, how many games out there allow for combat to take place on foot, tank, or in an aerial dogfight? 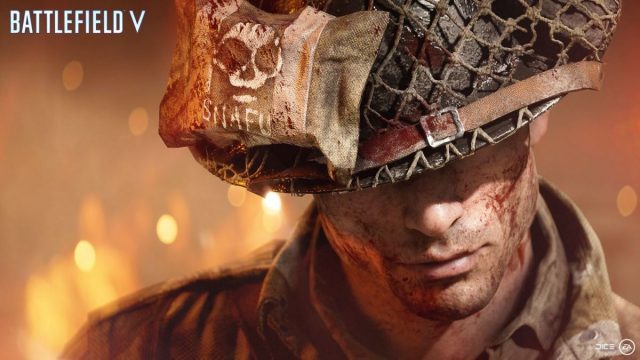 Thankfully, one should learn to place such noise in the background because Battlefield V is one of the best releases since Battlefield Bad Company. DICE has paid heed to its competitors, along with mistakes made in Battlefield 1, by constantly channelling a good amount of frenetic energy as one would expect in massive war games.

The first thing that strikes players as they enter Battlefield V is realizing how beautiful the environments are. From the lush, yellow meadows of Arras, to the frigid, snowy mountains of Fjell, DICE is flexing their expertise in constructive maps which not only look good but play extremely well. Be careful not to be caught staring (and camping) into the beautiful scenery as the developers have made it such to funnel a good amount of choke points, to create an endless stream of firefights.

Unless you’re flanking objectives on the fringe, there will always be some form of a fight in the middle of the map. While one might defend an objective well, it becomes a matter of winning battles but not the overall war. This constantly forces players to fan out to bring the fight to the enemies. 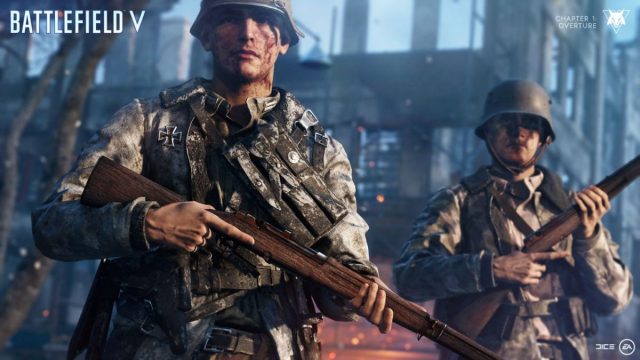 There will be hardly a moment of rest in multiplayer, as you will have little to no opportunity to dig in and pick off enemies at your leisure. With the new Attrition mechanic, it requires squad members to play together to be most effective, and becoming a potential snowball of death. Medics have to constantly keep the teams healed up and supports have to be resupplying ammunition to their fellow squad. It’s not something we’ve not seen from previous Battlefields but mortality and ammunition come even more at a premium now. Players here are cut down extremely easily compared to other Battlefields so if you’re coming into this game from Overwatch, be prepared to relearn how one should move slowly and carefully across the terrain. Hitting the dirt will be one of the most common actions you’d end up doing.

While Battlefield is notorious in having early game players packing in the Recon (snipers) class, the archetype has many things going against it if played traditionally. Recons would also need to work extra hard to put down their scopes and help out the team by spotting enemies, even more, a priority considering that it still remains a challenge to distinguish friend from foe in Battlefield V. There is a good amount of “scope glint” applied to would be snipers which makes them easily spotted a mile away. Given the amount of cover afforded by maps, snipers might find limited sight lines and it becomes far more rewarding to charge down the battlefield. 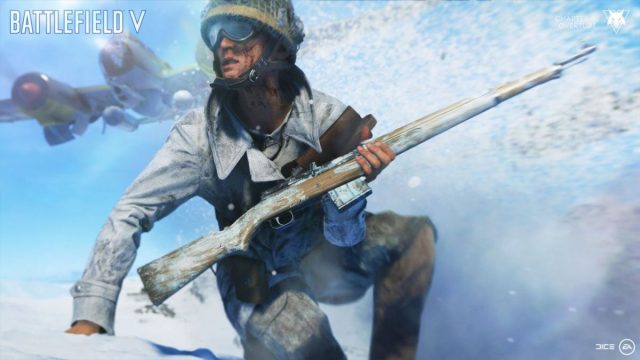 Even if an abundance of cover is provided at the start of the game, all buildings will eventually be leveled to rubble by the middle of the game. While destructible environments do not always open up new passageways, the lack of cover means firefights become even more intense as the game counter slowly ticks down. The design of Battlefield V’s maps is in itself one of the best highlights of the game. With multiple entry points of attack to capture point, there’s nary a moment to catch a breather as you are encouraged to constantly move together with your squad. And squad spawns are relatively quick to bring in more teammates, before engaging into the next firefight.

While Battlefield has always prided itself as having vehicles lay down an additional strategic element, Battlefield V seems to nudge players towards on ground soldier to soldier combat for most maps. Tanks will find their movement relatively limited and with an abundance of anti-tank options means one of the heavy hitters from the world war does come across as gimped. Additionally, pilots are not that much of a threat compared to the past considering that the spotting mechanic has changed quite a fair bit. With a lack of intel on the ground, there’s little opportunity for pilots of pick players off from the sky. It is, however, still a great way to quickly get into advantageous spots on the map and slowly cheese players off.

It’s surprising that the game lacks a kill cam – perhaps the developers felt that it’s a good way to maintain immersion, but one can’t help to feel their deaths might be unjustified. The absence of a kill cam prevents players from understanding their mistakes and creating a positive feedback loop, especially if they are entering the franchise from other shooter games. 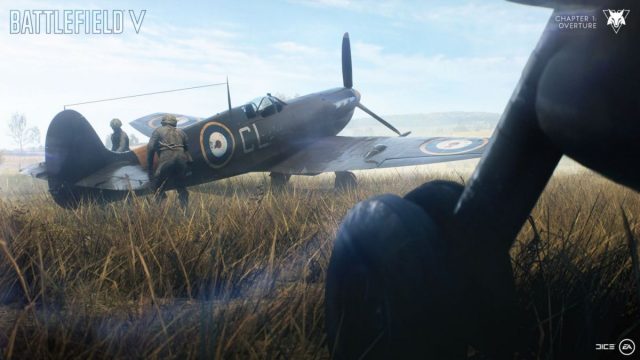 It’s important for such feedback to exist considering that Battlefield V’s maps are relatively massive. And with the inclusion of Grand Operations mode, players are now thrust into multi-day battles. The advantages of winning each battle give the victor more opportunities such as more spawn points or shortening of vehicle spawning times. However, it’s all for naught as it simply ends up as a massive scrum towards objective points. Rarely have I won as a defender but I’ve always won if my team is on the attacking front.

After investing a good 50 hours into the game, Battlefield V does lose its shine, especially when it comes to class unlocks. How your character/class has progress over playtime has little distinguishable differences compared to how you started. It might all be for the sake of balance but it does become boring considering that most of the toys are hidden behind quite an extensive experience tree. Upon unlocking a coveted level of equipment, one would wonder if it was even worth it in the first place. There really is a need for weapons (and weapon variety) to really stand out to make the grind worth it in the first place.

Thankfully, such gripes are relatively minor in the bigger scheme of things. Battlefield V has really nailed down what makes the game tick, with its solid maps and energetic gameplay. It has become a title where each death does not mean immediate frustration but it able to hold off the disappointment by placing players quickly into the action with each respawn.

In addition, with the planned battle royale mode Firestorm arriving in March 2019, there’s still the single-player mode to wade through. It’s not the most groundbreaking in terms of gameplay but it gives players a good taste of the graphical fidelity the Frostbite engine affords. Players will probably end up with multiplayer right from the start regardless. Either way, war never looked so pretty.

The game places itself as a solid entry into the franchise but you can’t help but wonder how the game constantly breaks new ground in new areas, but falls short in others. 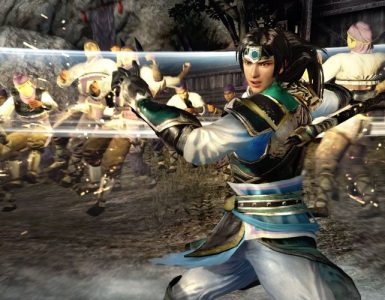