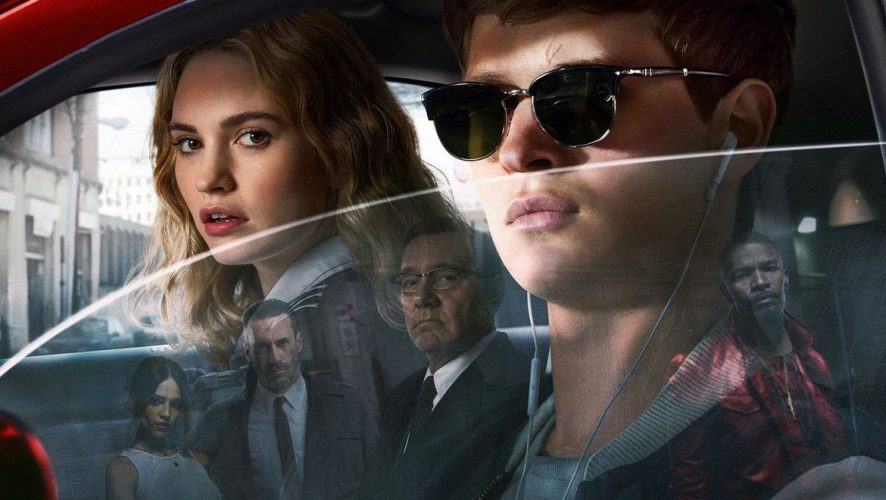 If you’re the type that hates to see how movies these days have been nothing but endless sequels or reboots, you’d better put your money with Baby Driver. This is what summer blockbusters should totally be – a fresh new IP backed with a solid cast that has all the elements needed for a great night out at the movies.

Right from the very first frame of the flick, Baby Driver has you at the edge of your seat as it places its foot down hard on the throttle and brings you on a ride like none other.

At its core, Baby Driver can be best described as a car chase movie with a heist element to it. Throw in a likeable crew of criminals and you’re already on Ocean’s Eleven territory. And here’s the best part – director Edgar Wright has structured the movie around an endless flow of pop soundtracks to match the mood of each scene.

He has gone to great lengths to not cherry pick short snippets of a popular song to drive home the message, but employs the full length of a song, repeatedly, to make the audience feel like they’re sitting through an action-musical. While it’s not exactly at the level of La La Land in terms of musical originality, you start to wonder if the scriptwriters decided to pick the music first, then weave a story around it.

Like when Easy by the Commodores starts playing, you know that you’re in the midst of a short lull, to give yourself some reprieve from all the action. Whatever happened during the pre-production process, we’d definitely want to see more of that in practice. 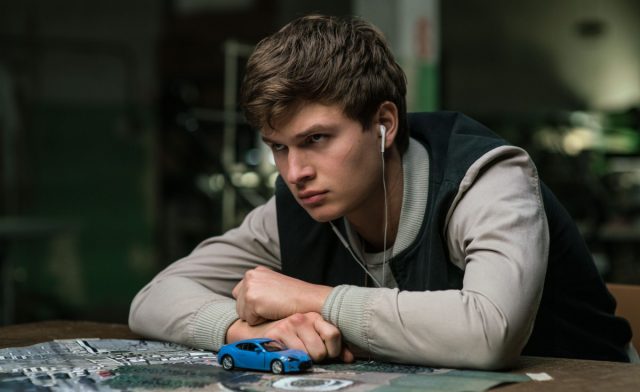 While music is central to all of Baby Driver, our main hero, Baby (Ansel Elgort), is the engine powering the whole show through. He’s the go-to, savant getaway driver who has to pull up a playlist to match every heist he’s undertaking. Baby doesn’t speak a whole lot and would rather let his driving skills do all the talking. A false start breaking his groove? Better hit the rewind button and start from the top. This means getting his fellow criminals back into the beat, and rejigging everyone back into sync. 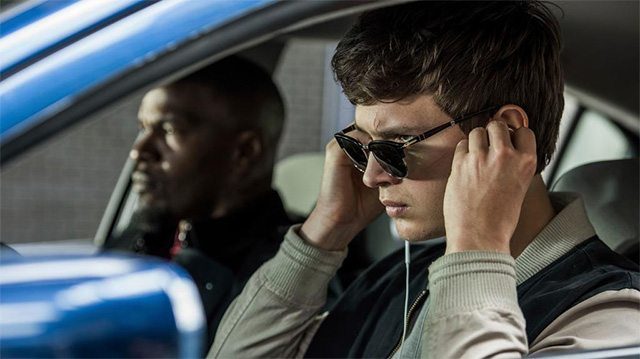 Suffering from with chronic tinnitus, Baby has always a pair of earbuds in his ears, always jacked into those lovely first generation iPods (that came with a non-touch scroll wheel) thus setting up the movie’s deep connection to music.

For the most part of the show, Baby is never doing it for the money. Indentured to crime boss Doc (Kevin Spacey) since he was young (pre-Baby we reckon), Baby is slowly paying off his debts one gig at a time, but he finds it hard to get out of the game even when his dues are paid. Cue iconic scene from Godfather III. In the short span of 120 minutes, we witness how Baby has to grow up really fast when things go south at a breakneck pace.

Like all career criminals, it’s all about one, last final score before calling it a day, but the stakes just get higher and higher. Here we see Kevin Spacey at his best. After all these years, I cannot imagine a better actor to play the manipulative mob boss that is the brains behind every heist. You hardly seen him lifting a finger to do the dirty work, but we all know he’s the greatest puppet master when he’s able to motivate Baby without the slightest hint of provocation. Pulling Baby back into the game? Child’s play. 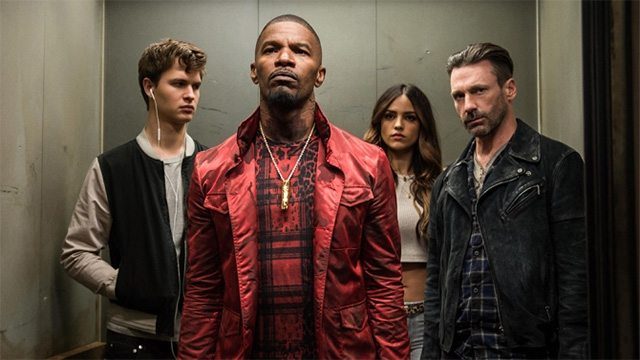 The rest of the criminal supporting cast in the form of Jon Hamm and Jaime Foxx work tirelessly to make Baby’s character shine. As a man of few words, Jon and Jaime help us fill in the blanks that Baby would never had said himself. With every scene containing either Jon or Jaime, we see Baby’s character develop slowly to become the master of his own fate, and become free of the bonds that tie him to Doc. 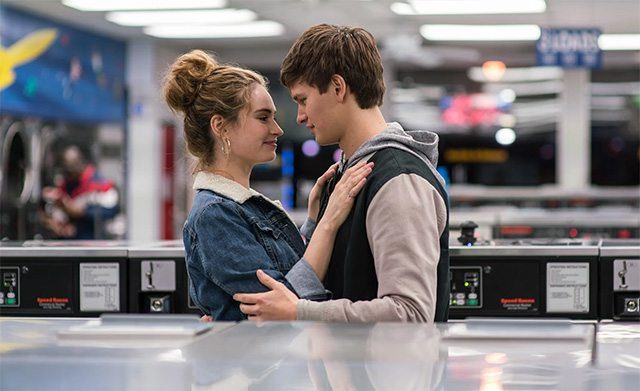 The easiest reason to justify why Baby has to get out of the game would be to throw in a love interest. Frankly, this is one of the weakest aspects of the show. Debora (Lily James) sadly isn’t one of the best developed characters in the entire movie, yet she assumes the role of a critical plot device to keep things cruising. Yes, she’s hardly the typical damsel in distress but the pace in which the relationship develops between Baby and her was all too convenient. Guess she was really blown away by Baby’s quiet demeanour, and it was love at first sight.

The real love story has to be between Baby and his foster father Pops (CJ Jones), who so happens to have major hearing problems of his own (he’s deaf). But this is where real acting really shines through. It would seem that using sign language and facial expressions is more than sufficient to illustrate the deep bond that Baby and Pops both share, something that Debora struggles to convey in scenes with Baby. As the movie develops, the level of anxiety that Pop expresses for his foster child becomes even more apparent, as Baby works off to clear his debt to Doc. But without Debora, the scenes in which Pop and Baby share a true moment of joy was when Baby reveals how much he is in love, will bring a smile to your face.

Baby Driver could very well be the perfect culmination of Edgar Wright’s craft. He has been able to effortlessly blend perfectly choreographed vehicular mayhem and also introduce characters that we are able to genuinely care about at the same time. While it’s not laugh out loud funny as the Cornetto Trilogy (Shaun Of The Dead. Hot Fuzz. The World’s End.), Edgar shows off another side of his talent that will bring you on a ride of a lifetime.

Put your seatbelts on, because nobody parks Baby in the corner! Baby Driver showcases how a fun summer blockbuster should be, and will get better with each subsequent viewing.