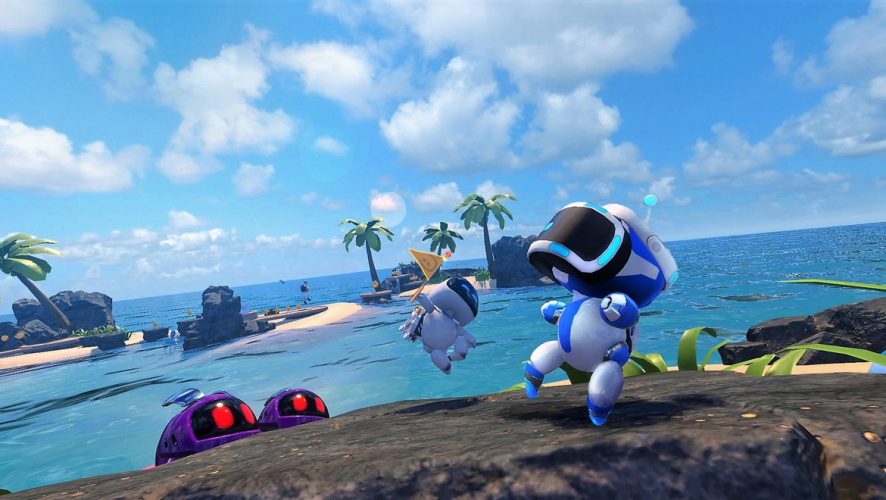 Platformers have always been a fundamental part of video gaming DNA, from the early days of Super Mario Bros., to more modern classics like Super Meat Boy and Super Mario Odyssey. And with ASTRO BOT: RESCUE MISSION, we have an instant platforming classic for virtual reality, brought to us by Japan Studio. 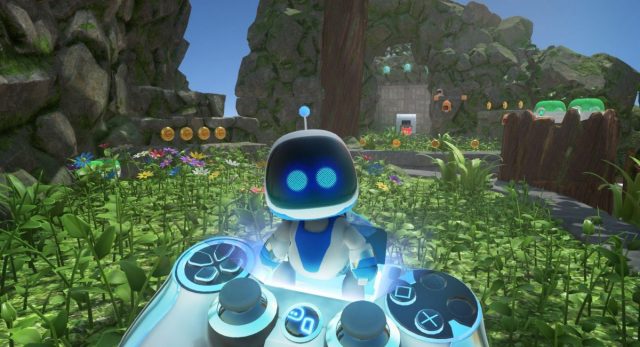 Utilising PS VR gives players a unique perspective, and much like Moss before it, ASTRO BOT: RESCUE MISSION is yet another great example of VR done right in immersive experiences.

A simple move of the headset adds new dimensions to the many impressive dioramas that await in the game, and it never gets old whether you are getting a closer look at a challenging section or admiring the beautiful worlds that have been meticulously brought to life.

The VR bots would be familiar to those that have tried THE PLAYROOM VR, and the little critters have been kidnapped by a malevolent alien presence, and it is up to you and Captain ASTRO to save them. 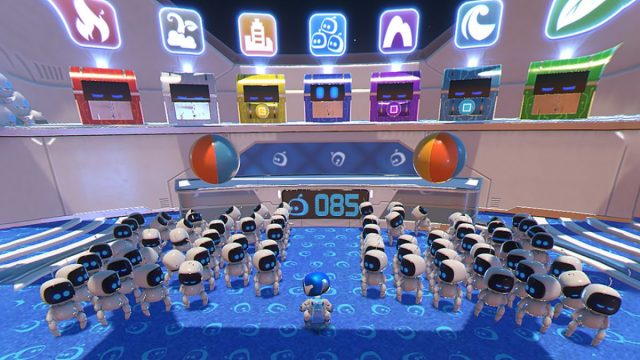 Not only does your adorable robotic companion have to face aggressive enemies, dangerous terrain, and environmental hazards, you are not safe as well. ASTRO BOT wants you to be involved not just with your hands on the DualShock 4, but also by dodging projectiles, smashing through obstacles, and forming an undeniable bond with your tiny allies.

Adding to that, you can see the virtual manifestation of the DualShock 4 in-game, and it is not just for aesthetic’s sake. It can be upgraded to fire off hook shots, become a water cannon, or even shoot ninja stars. Such upgrades expand upon the normal platforming formula, giving you new ways to manoeuvre and change the levels when needed. 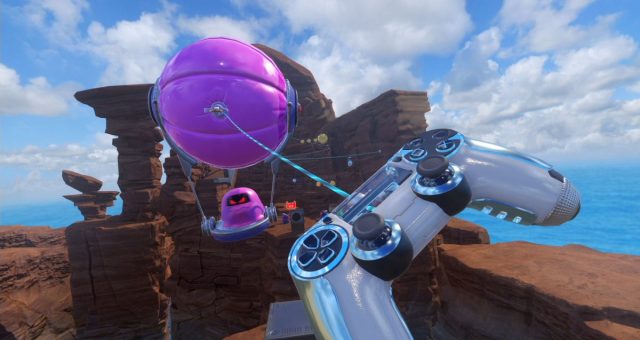 It is undoubtedly innovative, and throughout the game’s 26 main levels and additional challenge levels, ASTRO BOT consistently surprises and delights with all the VR trappings.

Of course, your aim is to rescue your kidnapped crew, and every level holds eight hidden bots that you can save from danger. It strikes a perfect balance between being challenging and still being accessible, the sheer joy of spotting a bot taking a nap or hanging on for dear life always hits home. 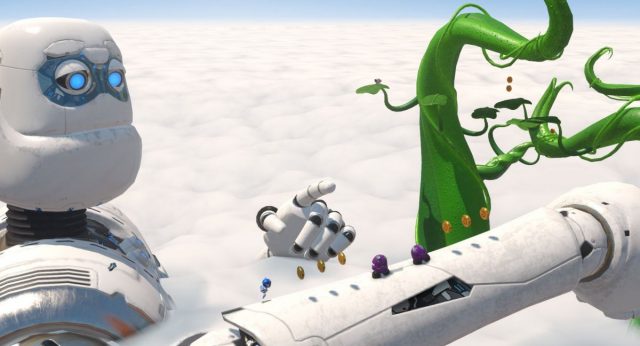 Moving about and searching high and low for stuff has never been this entertaining, and you could even pop in your headphones for positional audio cues to help in the search!

Thankfully, ASTRO controls wonderfully. His movement, jumps, and punches respond tightly, and he can even glide with lasers shooting out of his limbs, taking out foes and overcoming gaps efficiently. 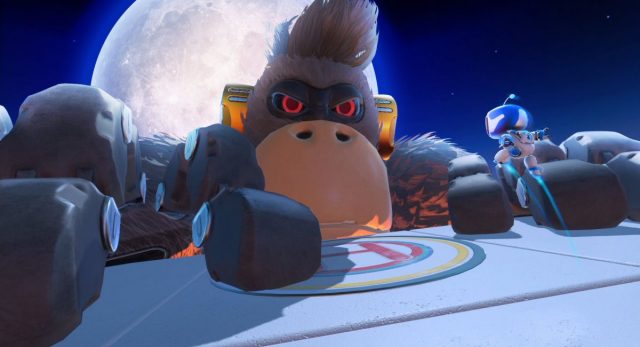 While the enemies are often easy to eliminate, much of the game’s challenge come from spotting the hidden crew, collectable chameleons that unlock the challenge levels, and the often gigantic bosses waiting at the end. 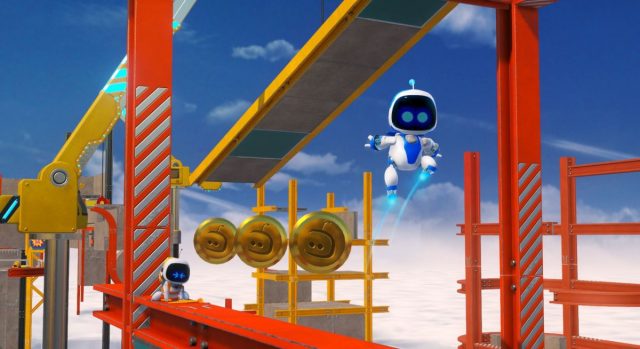 They are a great punctuating point that really lets the VR implementation shine, be it their gargantuan size, exaggerated and smooth animations, and even their attacks. They do not deviate too much from memorising patterns, but it remains a fun time to come on top of these cartoonish villains.

ASTRO BOT: RESCUE MISSION has some of the best gaming moments PS VR has to offer, connecting players to ASTRO and the rest of the crew in a personal way that was not expected. The charming mannerisms of the game run through from start to finish, constantly throwing new mechanics and enjoyable platforming sections to keep you wanting more. 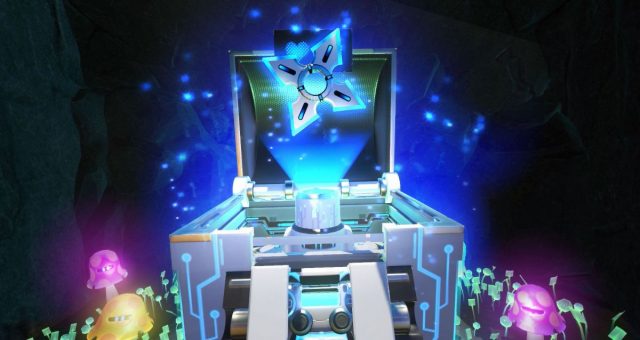 It is awesome to see a world so fully realised, living up to the potential of VR and doing everything right from presentation to gameplay, ASTRO BOT: RESCUE MISSION is a definite purchase for any PS VR owner looking for a great time.

Undeniably one of PS VR greatest hits, let Japan Studio and ASTRO BOT: RESCUE MISSION bring you on a wonderous galactic adventure you will not forget.