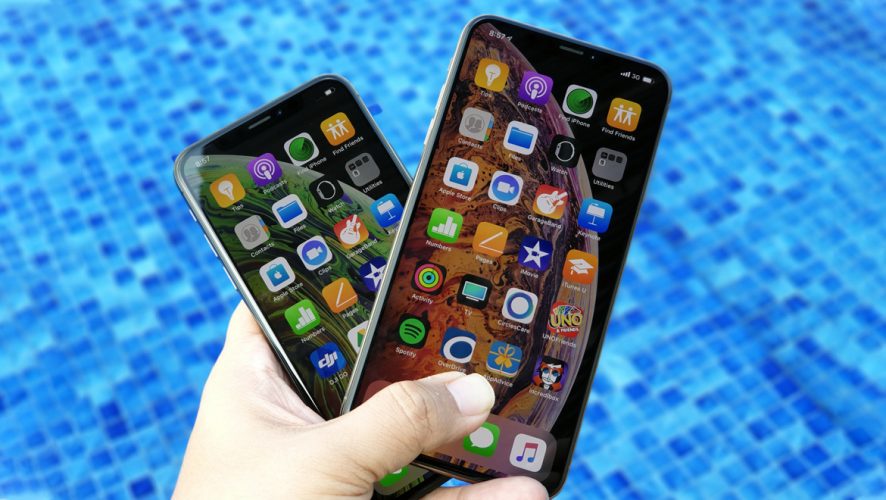 That one magnificent phone that Apple launched last year for everyone? The company now has two of them.

If you think of last year’s Apple iPhone X (pronounced iPhone Ten) as a proof of concept that is very close to what a smartphone can bring to the table, of having a sharp, vivid display, powered by an incredible processor, supported by facial recognition technology that set a new industry standard, but also offering a great user experience and a powerful camera enhanced by some pretty amazing software, this year’s models are a refinement that puts Apple back at the top of its game. 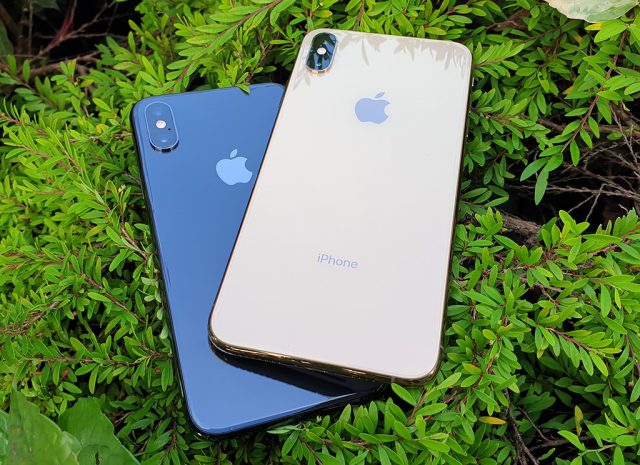 The iPhone XS (pronounced Ten S) and iPhone XS Max (Ten S Max) are like a soft reboot to your favourite TV show or movie franchise, where the core element remains, but the new offerings are enhancements that set a new gold standard. Yes, on the surface, the new models, as denoted by the S, are incremental upgrades to last year’s models. But don’t let the S in the name, usually regarded as an indicator of minor upgrades, fool you – the faster processor, new camera module and updated software do wonders.

The iPhone XS offers offers a 5.8-inch display, versus the 6.5-inch on the XS Max, giving consumers the largest iPhone to date. Physically, that’s the biggest distinction between both new phones, since everything else, from the 12MP rear camera, A12 Bionic processor to OLED display technology, are all identical.

One thing that Apple has managed to maintain each year is its signature look, despite changes in the form of the phone. The rounded edges, together with the glass front and rear helps the phone retain its commanding presence. The edge to edge display is really a sight to behold, and the presence of the notch, which physically houses the front camera and speaker, isn’t really the eyesore that most people have made it out to be.

The major change with the iPhone X was the removal of the Home button, and thus, Touch ID. There is no on-screen biometrics here and while it felt strange at the start, there’s no going back because the button, like the 3.5mm headphone are gone and the phones are better for it. On the XS Max, this means that the 2,688 x 1,242 pixel display is the new stand out feature that does justice to the content on the screen. Colours on both screens already appear vibrant and brilliant, The edge to edge display, notch and revamped gesture interface have added new dimensions to the device, and small tweaks have been included, to power the overall experience. 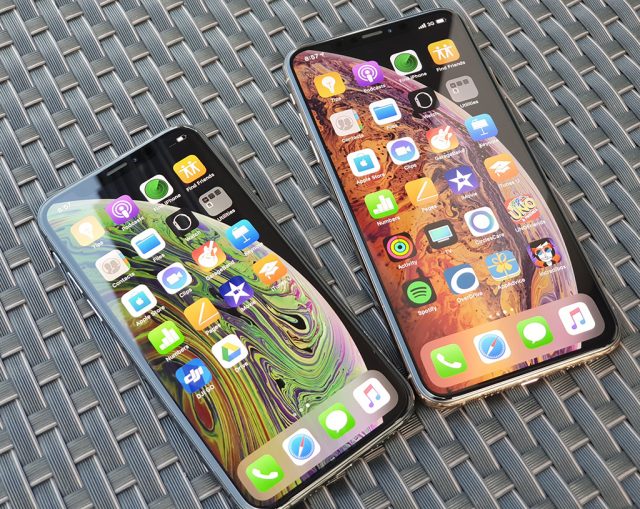 With apps such as Mail, or Calendar, rotating the XS MAx will open a sub window on the screen, such as a calendar entry. On Android, it is what is known as split-screen but there’s no running of two apps here. Apple’s implementation isn’t across the board, so not all apps benefit from the larger real estate, but the fluidity of the software feature in landscape mode shows how much effort the company has put in, to cater to its audience. Now it’s up to individual app developers to introduce it in their app.

Another tweak is with Reachability, which allows for one-handed operations, especially with the Plus models from before. First, you have to activate the feature in Settings, and after that, simply swiping downwards on the bottom row of the screen will naturally reduce the size of the app to fit half the screen, so that what was once at the top of the display and out of reach of your thumbs, are a mere finger swipe away.

Having been used to the larger Android phones, getting comfortable with the XS Max isn’t too much of a stretch. The only recommendation here though is that large screens, no matter how careful, are more prone to falls and drops, so always get a casing for the phone. It will add to the bulk, but a cracked screen will tear a hole in your heart. 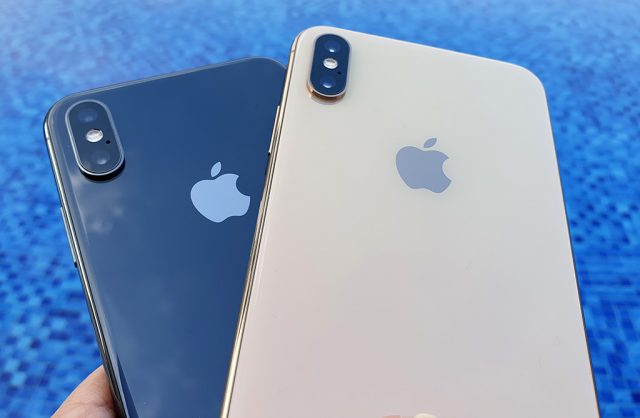 Like the iPhone X, both models here are rated IP68, enabling both phones to be dunked – but not submerged for long periods – without suffering long terms damage. That doesn’t mean you can bring it underwater for shoots, but it means that if it accidentally falls into the swimming pool, or needs to be rinsed clean of dust and spills, there won’t be fear of water damage.

But whatever Apple’s intentions, the biggest focus on both phones would be the cameras – the 7MP f2.2 front camera hasn’t changed from the iPhone X. For Apple’s portrait mode, it draws depth information from the phone’s TrueDepth software. For the dual rear cameras, the telephoto camera is the same as the iPhone X, which is a 12MP f2.4 sensor.

The update here is on the rear wide-angle camera, which is the default camera that the phone will use. It still a 12MP camera, with a f1.8 lens, but each of those megapixels is now larger, and deeper. The 1.4µm pixels collect more light, hence more detail, producing more vivid photos. And they are beautiful. 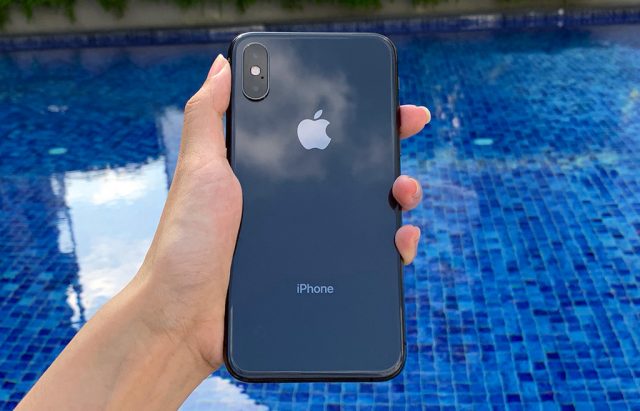 The effectiveness of shooting with an iPhone is still an unparalleled experience, and Apple hasn’t changed it much. Now, there’s no denying that competitors such as Samsung and Huawei have developed better hardware and software combinations to take on the might of Apple, and in some instances, photos on the Samsung Note 9 are more vibrant. But in others, such as night shots, the XS offers more details, but sacrifices shadow detail.

The bottom line is that with the camera tweaks offered by smartphone makers, a lot of it boils down to personal preference. Samsung takes great daytime photos, but I prefer the night time details on the XS. Ultimately, Apple’s interface, of switching to Portrait, Live or Video, and then providing the option of post-production within the camera app, is still a superior system, which makes shooting with the XS a breeze.

What will take some getting used to, is paying the premium that comes with Apple phones. The S$1,649 for the 64GB XS, and S$1,799 for the 64GB XS Max is extremely steep, for what is effectively a phone, though a powerful one at that.

The XS Max is a glorious beast, but one that is geared towards those with large hands, and deep pockets. With a great camera and decent battery life, together with wireless charging, the XS series offers an enticing series of features for those looking to upgrade.