Alien Day falls on April 26 every year, and this year, fans can celebrate their love for all things xenomorph by staring down rows of sharp teeth and salivating mouths in Alien: Descent, an all new VR experience unlike any other.

The caveat is that you have to be in Orange County, California, in the United States.

Approaching the main building, you will see windows plastered with hulking xenomorphs surrounding a group of 4 humans, all waiting to dine on that precious flash. You are definitely in the right place then.

Enter and you will be greeted by friendly crew members, in matching uniforms while being watched by this really awesome statue of a xenomorph.

Touted as a true free-roaming VR experience, Alien: Descent tasks up to four players to become elite Colonial Marines sent to investigate a distress signal from a Weyland-Yutani mining outpost on LV-426. Needless to say, things are not going well down there. 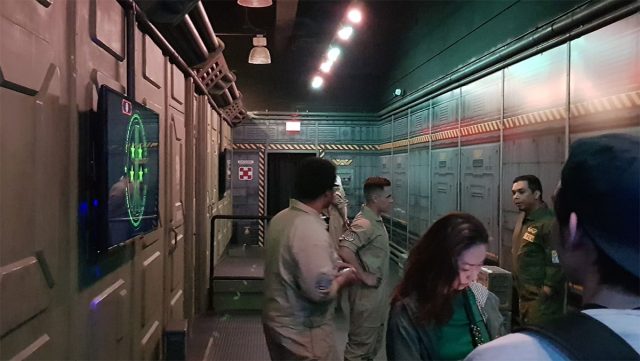 With both Alpha and Bravo teams rearing to go, players will enter a preparation chamber, where you can familiarise yourself with the Pulse Rifle (a Striker variant). It is no M41a, but it does come with recoil feedback, grenades, and a laser sight to differentiate between friend and foe. Sensors are strapped to your arms and legs, before you put on the HyperX headphones and Gear VR headset that is aided by OptiTrack technology to make the experience truly wireless.

All these will be done with the help of the crew members, who stay in character throughout the whole session. From briefing you about the situation to preparing you for cryogenic sleep, they certainly do their part to sell the whole Alien theme really well.

While a Gear VR headset might cause some concern regarding its quality, it performs remarkably well for Alien: Descent. Once you awaken from cryo sleep, the facility on LV-426 comes to life. Everything you see in VR is reflected in the real world, as you step along the towering catwalks, with the breeze adding to the tension awaiting you. If you see a railing in VR, you can reach out and touch it in real life, it’s a truly different and immersive VR set-up.

You are not alone of course, with one teammate in the same physical space as you, and the other pair appearing both on-screen and physically at a distance. Voice comms are done through the headsets, and it ramps the fear and tension up a notch as you navigate a huge area with your limited field of vision. Watching each other’s backs is essential in Alien: Descent.

The separation of the two teams helps sell the enormity of the play space, as well as mark Alien: Descent as a VR offering that is large in both scale and production values to match the iconic franchise.

Every step you take, every clanking of metal railings, and the familiar dread of scampering xenomorphs are perfectly delivered through wonderful sound and haptic feedback. If you hear something growling behind you, it is definitely waiting to pounce, and the additional wind and heat effects show how far the creators have gone to recreate an authentic experience on a far off world.

Needless to say, blasting xenomorphs and watching facehuggers ruin someone’s day has never felt more real or scary than in such immersive VR, the only regrettable part of an otherwise perfect experience is an anti-climatic end to the action. At just over twelve minutes or so, the action towards the end seems to be heralding an all-out action extravaganza, only to fizzle out with you and your teammates facing an uncertain future.

Never have I felt so confident and secure in moving around in a VR space, experiencing some of the best effects and tension the medium has to offer while gunning down the Xenos. Alien: Descent is a definite must-try (US$22 for each person) for all fans of the Alien franchise, as well as those eager to see what VR, when done properly, brings to the table. 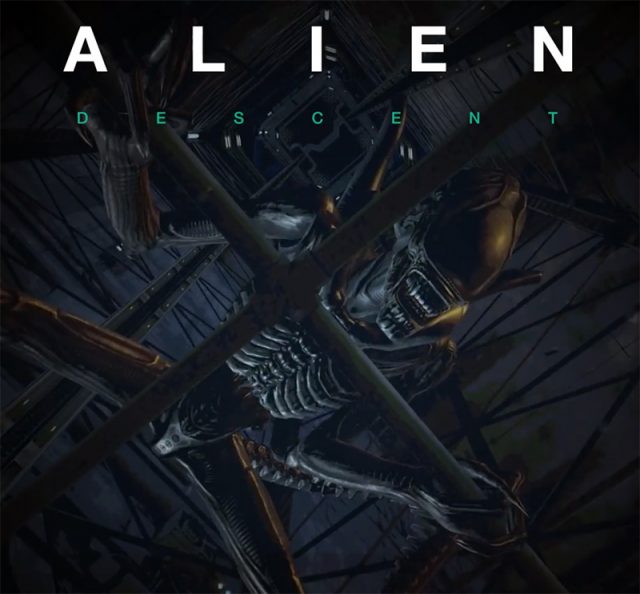 True to its word, an awesome wireless VR experience that packs an Alien punch.