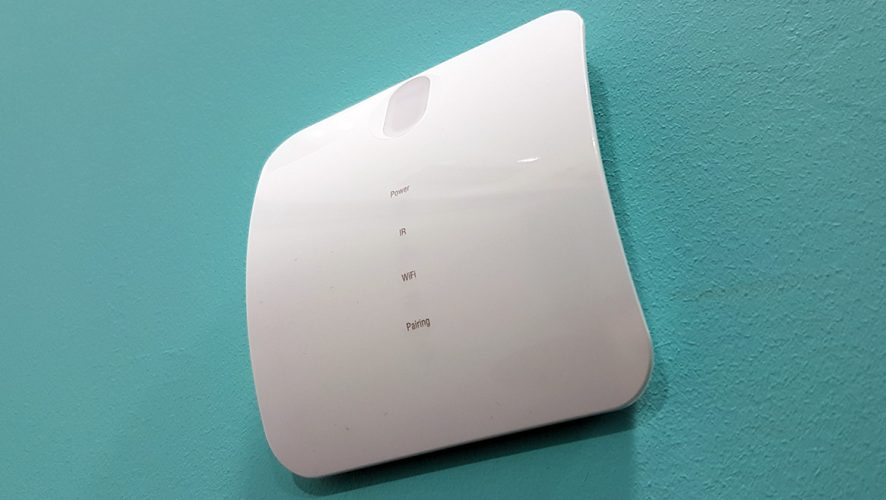 Now we have a gadget that claims to address this very problem – the AirPatrol WiFi Smart Air Conditioner Controller. This little gizmo allows you to control and monitor your existing air-conditioning device via your smartphone from anywhere, as long as you have an internet connection. If having a nice cool home to return to at the end of an exhausting work day sounds good to you, read on.

The AirPatrol WiFi connects wirelessly to 2 main elements in your home (or office, as the case may be). First is, naturally, the air-conditioning unit you wish to control. The second thing it connects to is your local WiFi network, through which it will access the internet, and by extension, your smartphone.

Pairing up the device with your smartphone is relatively simple. AirPatrol offers the control app on both Android and iOS, so it’s just a matter of downloading the app on the corresponding platform, then following the on-screen prompts to get your devices synced up. 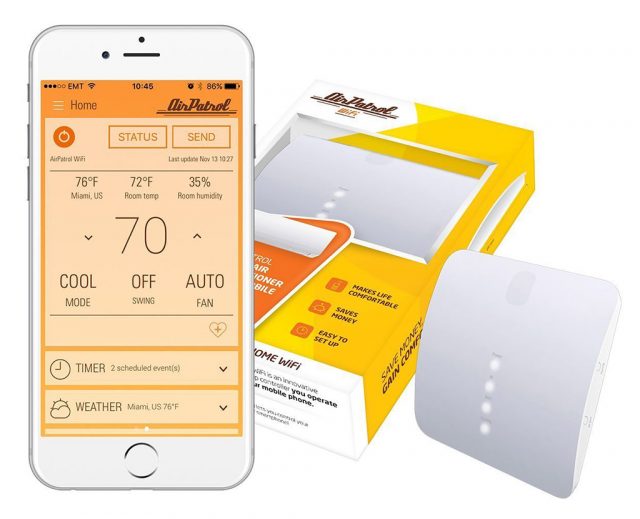 I actually had some difficulty getting this right the first time we tried it in the office – the 2 devices simply refused to talk to each other. Not a good start, but switching to a different location (namely, my humble home) and a different set of devices did the trick.

I’m chalking it up to a compatibility issue; after all, a gadget like this is made to accommodate a wide variety of devices and combinations, and something is bound to slip through the cracks. A word of advice here: If you’re keen to make use of the AirPatrol WiFi, it wouldn’t be a bad idea to do a bit of homework to ensure that your setup is compatible with it.

After getting past that initial hurdle though, everything else went smoothly. Once successfully paired, I was able to control the air-conditioning unit in my living room while I was at work or out in town. Aside from turning it on and off, the AirPatrol WiFi also allowed me access to some basic functions, such as adjusting the temperature and fan speed.

At the same time, the AirPatrol WiFi also served to monitor the temperature and humidity in my home. If the readings looked like I’ll be heading back to a warm, stuffy house, I’d be forewarned and have the ability to turn on the air-conditioning to cool things down. I’m not sure how accurate the measurements are, but I’ll give it the benefit of the doubt in this case. It doesn’t take top-of-the-line technology to arrive at the conclusion that Singapore is a hot country.

Retailing for more than US$150 from various online retailers such as Amazon, the AirPatrol WiFi may seem rather pricey for what it looks like – a small, unassuming plastic box. However, compare that to the cost of a brand new air-conditioner, the associated accessories, and the installation work that comes along with it, and you’ll realize that it is actually reasonably-priced. Consider it an incremental upgrade to your existing air-conditioner; one that may not be big on features, but works where it matters most.