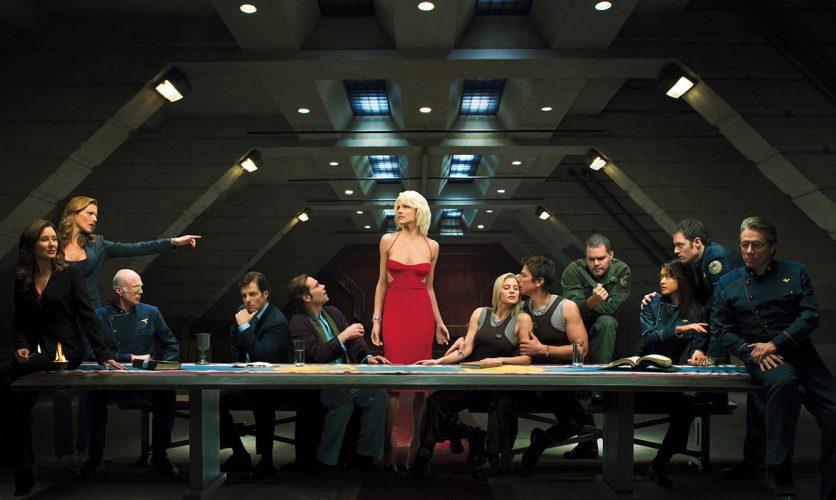 Geek Pick: 7 Top Licensed Board Games You Should Buy

Licensed board games are a tricky affair. To some, such board games might present themselves as a cash grab in order to ride the wave of popularity but if executed well, it elevates the core material to new heights. After all, who wouldn’t want to play as their favourite hero or villain and develop the next level of head canon?

We have put together a list of awesome board games that we think would make a great addition to any fan’s library of licensed merch!

Battlestar Galactica: The Board Game

Type: Back Stabby Negotiation
For: 3 – 6 Players 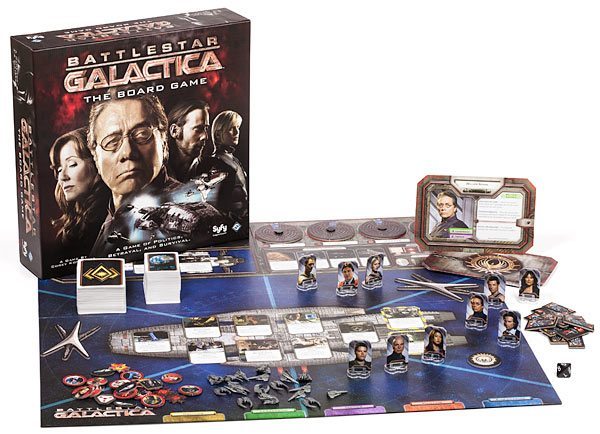 Fans of the BSG series would be familiar with the paranoia the human crew of the Battlestar experienced when they found out that cylons look just like humans.

The boardgame perfectly replicates this paranoia in this co-op game with a hidden traitor element.

As the human players strive to steer the Battlestar towards Earth to save humanity, the cylon operatives will try to subvert the mission without being found out.

Players need to play matching skill cards to fend off the problems; skill cards that don’t match hinder the players’ success. Fate could be working against the crew, or there could be a traitorous Cylon amongst the group! As players get closer and closer towards reaching their Earth, another round of loyalty cards are passed out and more Cylons may turn up. It is literally a game of cat and mouse as  players strive to keep their up their food stores, fuel levels, ship morale, and population, in order to steer Galactica in one piece long enough to make it to Earth

This game can ruin friendships. You have been warned.

Star Wars X-Wing plays as well as it looks. The image above is just a mere fragment of how much fun this game has.

In most occasions, the game will be played amongst two players controlling possibly up to 8 ships. For a massive game like the one above, it can be a tad cumbersome due to the number of pieces that you have to move and each piece is moved individually. Talk about epic. 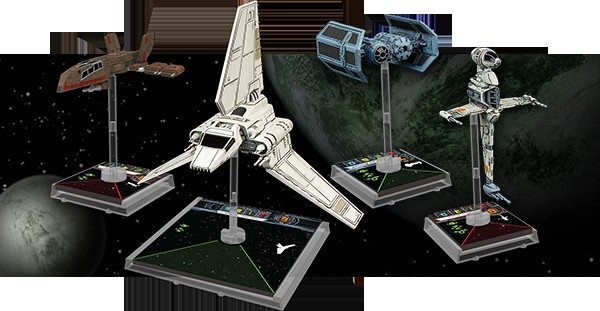 With so many expansions already released, it might be daunting for a new player to leap into the game but that should not be a worry. My concern above X-Wing would be the rate of release. Once you’ve invested into the game, it’s essential to keep buying new ships (that comes with upgrade cards) to stay ahead of the meta curve. Thankfully, it’s not as expensive as Warhammer to get into and all models come beautifully painted with plenty of room for more customisation.

Starcraft: The Board Game 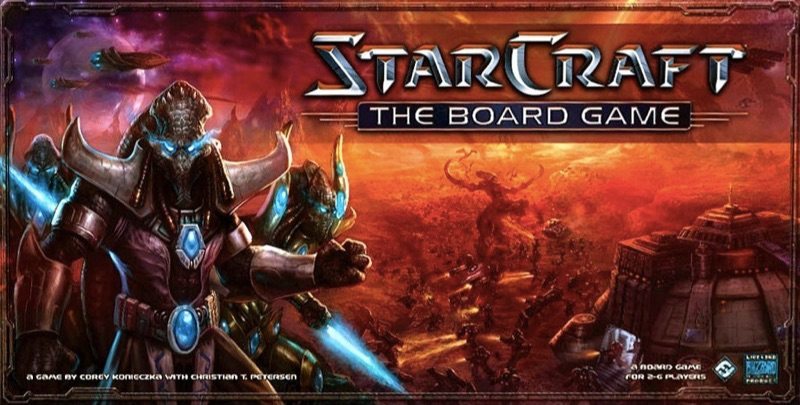 With a manual coming in at 45 pages long you know that your gaming group is in for a long journey as the Starcraft franchise leaps from the PC to the table. Starcraft: The Board Game is as awesome as large ‘coffin boxes’ came about back in the day. 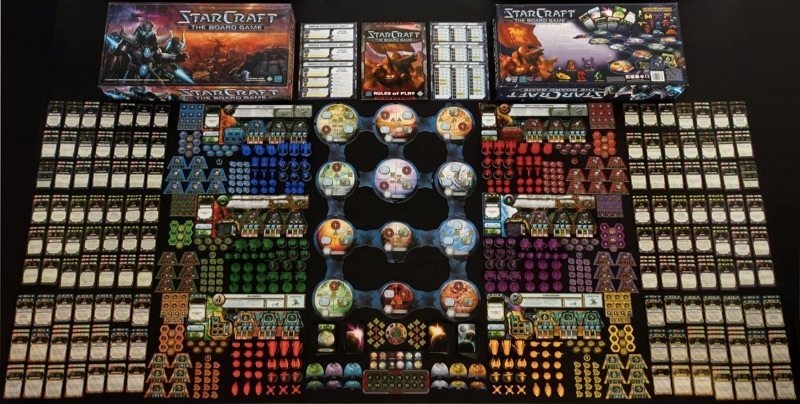 Coming in with an insane amount of components totaling close to 900, there really should be a choking hazard warning on the box. 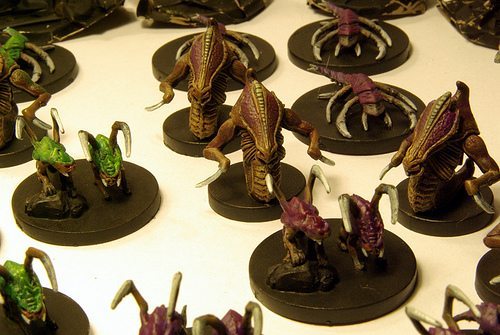 It’s unlikely that you can ever find one now in store brand new but you could always look out for the new Warhammer 40k: Forbidden Stars board game that’s out for release soon. Supposedly it’s a re-skin of Starcraft and, oddly, it’s the base material that Starcraft was initially designed around.

This deck builder is great for fans of the Alien IP. Not only does it capture the doom and gloom of the movies, expect to be beaten by the board over and over again. Yes, this game is hard. And unlike the more popular Marvel Legendary, Legendary Encounters overwhelms the players and is much more co-operative than the former. The possibility of winning this would be by the skin of your teeth.

While the components are simply just cards, they are able to capture the gore from the movies perfectly. With so many Aliens wanting to take a bite out of you, this is a must buy for all Alien fans, but I’ve already mentioned it right?

The best part of it all is that the makers of the game have scored the IP rights to Predator so we’re looking at an awesome expansion ahead as well!

Star Trek might not be in its height in populairty these days but the IP has its fair share of fans. The franchise even has it’s own version of Star Wars X-wing but Fleet Captains is by far the most true to source material.

Each game is best described as an entire season of Star Trek with the conflict between players representing the major story arc and the turns, missions, and random encounters representing individual episodes with each player controlling their preferred faction of choice.

Players would explore hidden space while completing missions. And, naturally, throughout the course of the game, play cards to upgrade their ships and staff them with famous crewmembers which is by far the most appealing to fans. Combat, while important, is not the sole path to victory, with the mission cards being the primary factor (some of which will encourage combat). 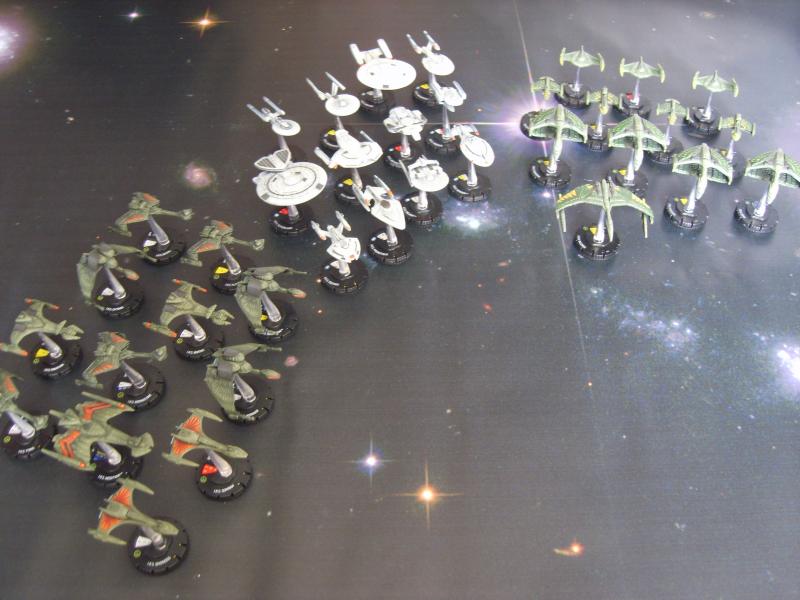 Honestly, the biggest draw here has to be the heroclix style miniatures provided that makes it so satisfying to move across the board. 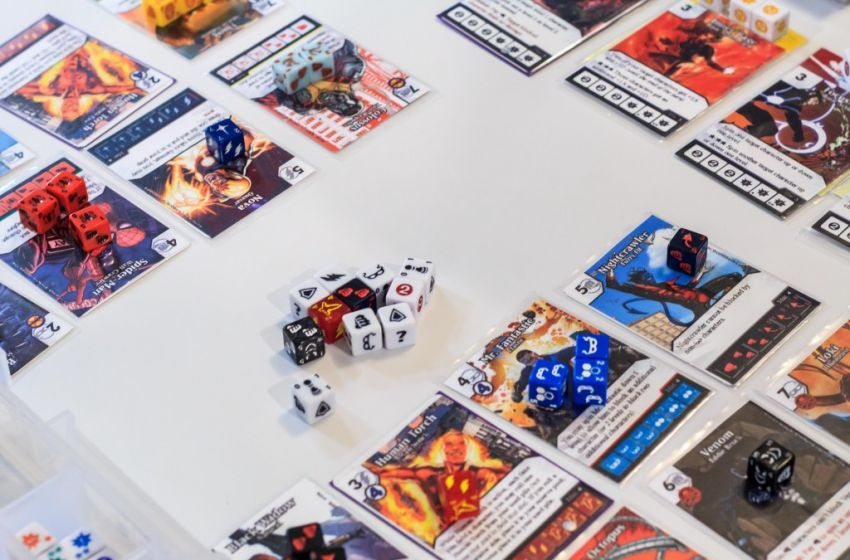 If every generation had a board game that was insanely addictive, Marvel Dice Masters would be this generations’.

Riding on the high of everything Marvel and tying in both the comic books and cinematic happenings, Marvel Dice Masters has two players pitting their heroes against each other. Think Magic: The Gathering but now with the comic book universe. 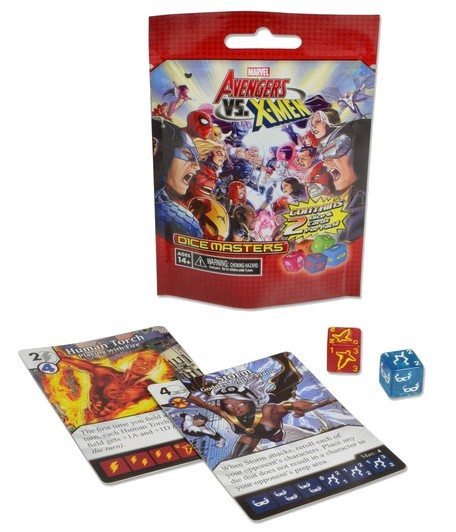 Because not everything comes in one self contained set, you will find yourself buying endless boosters just to locate your ideal cards. While each booster is pretty affordable, you might end up with plenty of junk cards and dice before you locate the holy grail. Similar to how Magic has been hustling tabletop gamers, expect more of the same here.

One thing is for certain, no one has ever walked away from this game without getting addicted to it.

Game of Thrones: The Board Game

You’ve played Risk as a kid and now as an adult, watched the glorious show on HBO. Putting the best from both worlds and we get Game of Thrones: The Board Game.

We started off with a backstabby game at the top of this list and end of with one of the best. Take control of your favorite house and vie with others to become the one true king of Westeros.

This game is massive and you won’t be completing it in a short span of time. Be prepared to move your troops across the lands and take control of areas on the board for a few hours.

At the same time. while everyone is at each others throats, there will be a time when forces have to be combined to repel the wildlings. The dynamics of this game captures the feel of both book and show perfectly.

If there’s one board game that I would recommend out of this list, make this your choice. 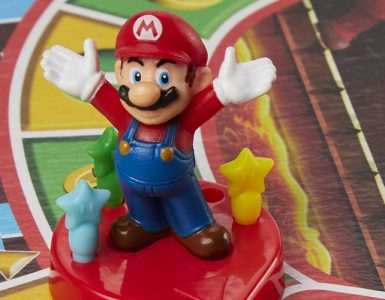 Turns out, the meaning of life is Mario all along.