In case you missed it, there is a new Zoids in town, and it’s here to knock your ‘90s socks off. Launched in the summer of last year, Zoids Wild has taken the world by storm after a 12-year and is now available in retail stores across Singapore.

Of course, it doesn’t just stop there with the toy line – Takara Tomy has also released accompanying media, including a new manga and anime series of the same name, as well as a Nintendo Switch game entitled Zoids Wild: King of Blast (released on February 28).

As for the show itself, Zoids Wild will be screening in Singapore from this week onwards, starting from April 7, every Sunday at 9.30am SGT on OKTO, and from May onwards Channel 5 after the channel migration.

Here’s a synopsis of the show:

But wait! We still have to talk about the giveaway!

In celebration of the premiere of the Zoids Wild anime series on OKTO/Channel 5, we’re giving away 10 of these cool new Zoids Wild toys for you to build and show off to your friends, old and new!

The list includes the following (along with their retail price, so you know what exactly you’re winning):

To stand a chance to win 1 of 10 Zoids Wild toys, simply complete these 3 simple steps:

The giveaway is open to all residents of Singapore. The giveaway closes on 19 April 2019 @ 23:59hrs (GMT+8). 10 lucky winners with the correct answers will be picked at random. The winners will be contacted via email by 22 April 2019. Good luck! 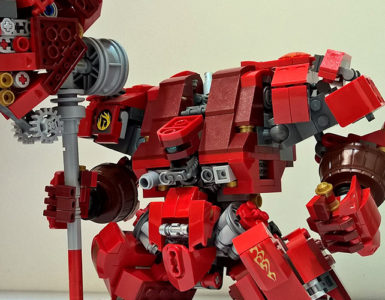 One for the mecha fans.