Last year, we got word from Japanese toy giant Takara TOMY that they’d be bringing back the beloved Zoids toy line after a 12-year hiatus.

Entitled Zoids Wild, this new series will certainly bring back fond nostalgic memories of many ’90s kids’ hearts of these iconic 12-foot-tall animal mechs running around, shooting rockets and lasers in the accompanying anime series, while they imitated every action as they played with the plastic toy equivalents.

Feast your eyes on the badass new Zoids Wild toys!

But Takara TOMY obviously won’t want to settle for old fans – the sleek and streamlined designs will certainly be a pull factor for newcomers to the series.

The poster Zoid for Zoids Wild, the Wild Liger, has two versions – a regular version and an “Awakening” version with a spring mechanic – and both look stellar.

The back of each the box (as with the rest of the entries in the series) shows you an overview of the build process, as well as any moving parts or special mechanics that you can play around with upon completion. To the side, there are stats for each Zoid for all your theorycrafting pleasure.

As for the interior packaging, the parts are compartmentalised nicely in labelled packs, inclusive of a build guide.

‘A’ is the base chassis of the Zoid; ‘B’ comprises of external parts, which in the case of the Wild Liger is the white-and-blue armour plating; ‘S’ consists of smaller parts such as joint caps that you use to secure all the interior and exterior parts together. Additionally, each Zoid typically comes with a motor and special springs and catches for moving parts. With the exception of the smaller models, a World Guide for the Zoids Wild is also included, which is a great way to bring both veteran Zoids fans and newcomers up to speed with the new world.

Here are the rest of the models for your viewing pleasure.

The standout models here are the Hunter Wolf (no doubt a deviant of the original Command Wolf), Gilraptor, Gannontoise, Knuckle Cong, Fang Tiger and the Triceradogos.

The Grachiosaurus is among the largest in the Zoids Wild line. Who would’ve thought herbivores would look absolutely badass?

How ’bout the terrifying Death Rex? This bad boy is sure to inspire awe and fear into your friends who come visit.

Cool, huh? Wait till your good friend Mr/Mrs Wallet hears about it.

The Zoids Wild toy line and accompanying media (a smartphone app, a manga and anime series, as well as a Nintendo Switch title) launched officially in Summer 2018, in both Takara TOMY’s official website, retailers, as well as on Amazon. 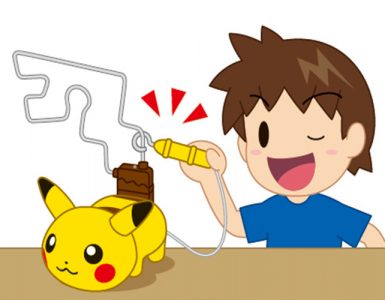 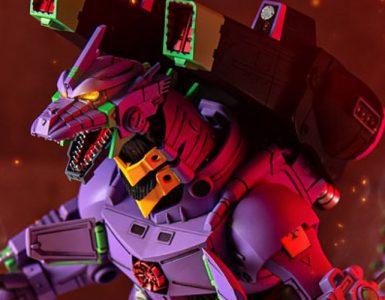 Godzilla vs. Evangelion Mechagodzilla Model Kit From Aoshima Is Now A Reality