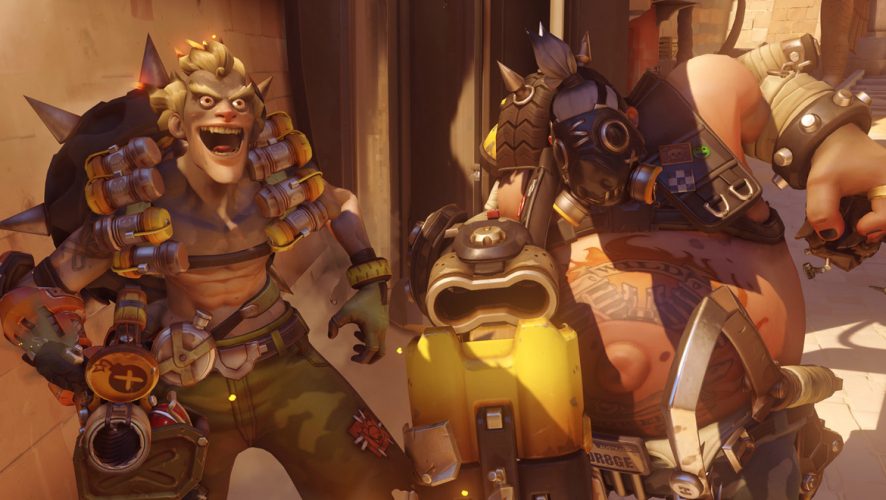 It’s Day 2 of the annual Gamescom happening in Cologne, and as usual, we got a bevy of news and trailers to keep the hype going for both upcoming releases and new games, so here’s a roundup of what you might have missed on the second day of Europe’s largest gaming trade show!

Another Blizzard juggernaut, Overwatch’s popularity knows no bounds and the latest animated short is focused on Junkrat and Roadhog, the criminal duo everyone loves. Exiled by the Queen of Junkertown, the two eventually came into the world of Overwatch. Just like with any Overwatch reveal, we then got a look at the new Escort Map, Junkertown, located in the Australian Outback. Get ready to fight and survive, for the Queen of Junkertown sounds as menacing as they come.

Heroes of the Storm: Call of Kel’thuzad

With The Lich King returning to the fold in Hearthstone just recently, another frosty character has also just been revealed for Heroes of the Storm! The newest Assassin to join the battle for the Nexus, Kel’thuzad, will come alongside a new event, the aptly named Call of Kel’thuzad, plus some new skins for Zagara, Jaina, and Sonya. More will be revealed this Wednesday, but needless to say, Blizzard’s animations are still top-notch and we expect this character to be as high quality as they come.

The classic lives! Even though the Definitive Edition was announced back at E3, fans have been clamouring for a new addition to the storied franchise, and Microsoft has now obliged with the help of Relic Entertainment, the people behind Company of Heroes and Warhammer 40,000 games! That said, it is still early days, but at least we can be comforted by the fact that it is in the works, so fingers crossed!

Battlefield 1: In the Name of the Tsar

First glimpsed at E3 this year, EA has now unveiled the full details about the expansion to Battlefield 1. Featuring six new maps, a new game mode, more weapons, and two new classes, this is a hefty expansion to the impressive shooter. The new maps are Lupkow Pass, Albion, Brusilov Keep, Volga River, and Tsaritsyn. The new mode, Supply Drop, has teams competing in the Eastern Front for airdrops with powerful armaments to best your opponents.

The Hussar class enhances players with a new set of moves while on horseback, including charging at enemies with a lance, with the Russian Scout of the Women’s Battalion of Death being the second class, the first time a female playable character is present in Battlefield multiplayer. The new weapons added are all Russian-themed like the Mosin-Nagant M91, so you will have plenty of kills to claim when the expansion hits. For even more details about the expansion, click here.

Life Is Strange: Before The Storm

In just about a week, we are getting the prequel-sequel to the thought-provoking Life is Strange on August 31. Now without the fancy time rewinding power of Max, it is time to delve into the past of Chloe and the mysterious Rachel Amber in the town of Arcadia Bay.

Coming from Italian studio Milestone (Superbike, WRC), Gravel is a new off-road driving title filled with expansive environments and up to four disciplines to master during your Career. Be the new star of off-road racing as you conquer Cross Country, Wild Rush, Stadium, and Speed Cross, feel the power!

Fe, an EA Orginal from Zoink Games, looked absolutely gorgeous in its Gamescom trailer. Releasing in early 2018 for the PlayStation 4, Xbox One, and PC, it has also been confirmed for the Nintendo Switch. Players take on the role of a adorable cub, who must utilise sound to communicate and rescue your fellow wildlife in the forest from the Silent Ones, machines that are a threat to your home. This is one to look out for.

A world where mutants and cybernetics are mixed and you get to explore the post-apocalyptic universe, all the while role-playing how you want your character to be with mutations, bionic prosthetics, and weapons? Sounds pretty awesome, and that is the pitch for BioMutant, an upcoming action-RPG from THQ Nordic and Experiment 101, who are made up of former Just Cause developers. Your choices will determine how you fight, and combat is described as a “cross between martial-arts and small-arms skirmishes,” BioMutant arrives in 2018.

Who remembers this fan favourite from the days of the original PlayStation? Fear Effect Reinvented will be helmed by French developer, Sushee, and will feature improved controls and visuals, while maintaining the fixed camera angels that made the original stand out. Expect a few new secrets as we head back into the dark, underground world of the criminal Hong Kong.

That wraps up Day 2, as usual, more news is always better when it comes to games, and we will be happy to bring you all the latest happenings at Gamescom each and every day, so stay tuned!