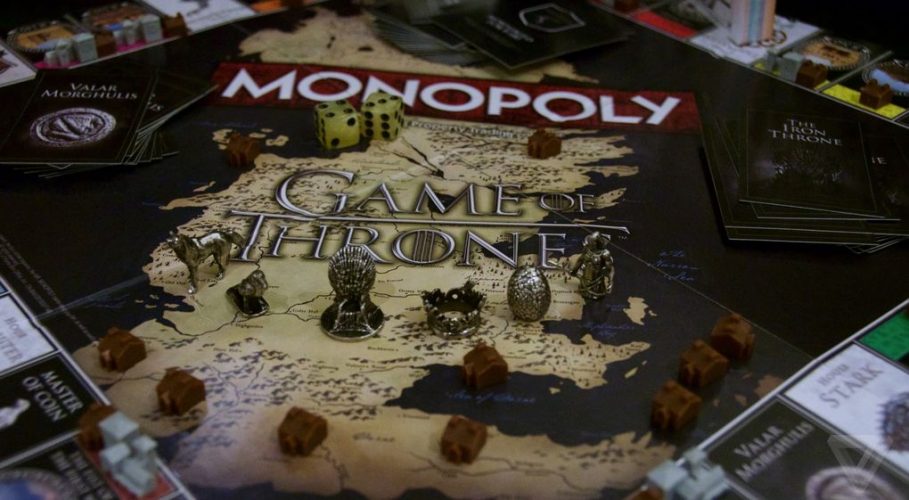 There have been many skins of Monopoly in pretty much every imaginable theme possible and while I’ve not played this Game of Thrones version of Monopoly, I am pretty sure it would play out the same way eventually. This is pure lazy and a rush to capitalize on the popularity of both the show and book.

I’ve scoured the web for all images pertaining to Game of Thrones Monopoly and have come away disappointed at how this licensing deal even came about in the first place.

The board for Game of Thrones Monopoly looks awesome, but then the cracks appear: 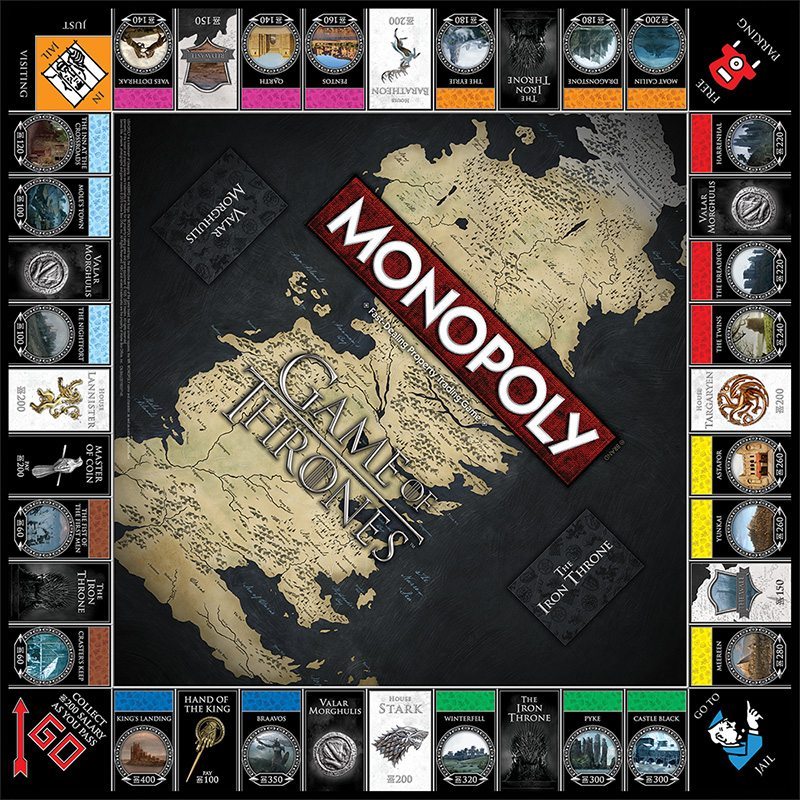 Go to Jail still exists but would it have hurt to change the art for the space? All the Chance and Community Chest spaces have been renamed Valar Morghulis and The Iron Throne. No idea how that fits with the original Monopoly theming but someone felt it was right and just slapped it together.

Let’s take a look at the components shall we?

The hotel and house components look pretty alright but they don’t really quite fit the theming as well. The saving grace would be the cash used in the game which looks pretty alright with the Lannisters being the top dog.

The biggest draw for any themed Monopoly game would be their player tokens. I’d say this is the biggest saving grace of this edition. However, the White Walker token looks like it could have done with a bit more time during the sculpting phase and the Dragon Egg is just pure sloth. 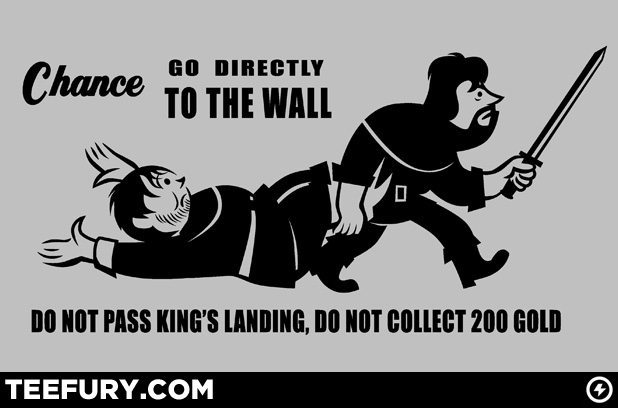 It’s unlikely that any of the cards would look like the above, else it’ll honestly be more awesome.

The odd thing is that an awesome Game of Thrones Board Game already exists and why it’s not marketed by HBO is a mystery. Probably has got to do with royalties and the lack thereof.

The actual board game is HUGE and takes up a fair bit of space and will consume your entire afternoon. Both games might drag on forever but this is definitely more fun.

Those bits on the board aren’t houses or hotels, they are your tools of war to rain destruction on your enemies. Why leave things to the roll of the dice when you can control your fate in your own hands?

This is how an afternoon should be spent.

With both games going for about the same price on Amazon, please make the right choice by not getting Monopoly but the Board Game instead! I might sound rather smug here but this would be a decision that I hope that you’d avoid!

Alternatively consider 3 Game of Thrones Board Games to play with your friends that might ruin friendships.

board game Game of Thrones monopoly 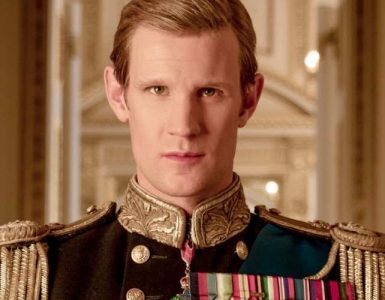 The Doctor is now a Targaryen Prince. 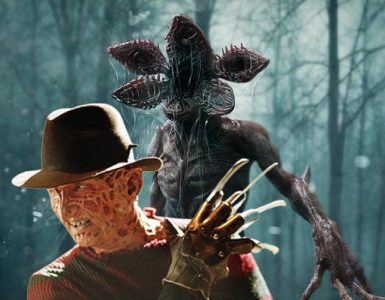 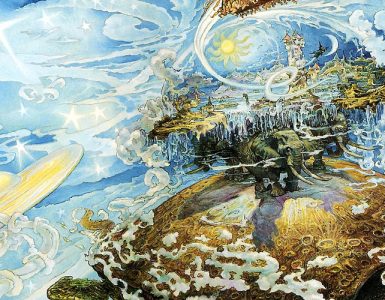 The Ankh-Morpork City Watch gets a new run of the world.