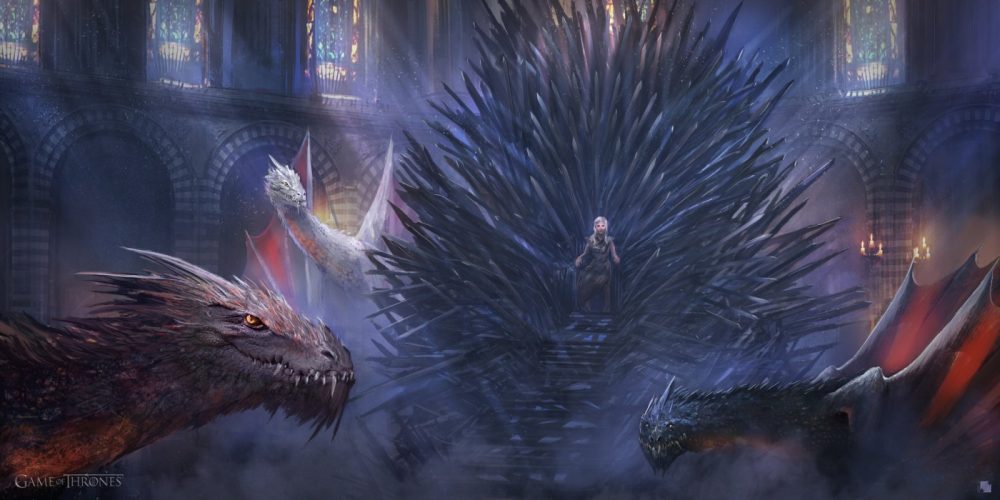 George R.R. Martin’s A Song of Fire and Ice epic fantasy series gained mainstream popularity when it hit primetime with the HBO Game of Thrones television series. It has a certain notoriety for killing off major characters just when you least expect it. The series is still ongoing and fans impatiently await the next book as the author writes at a glacial pace.

In the meantime fans can journey through the Seven Kingdoms and revisit your favourite characters (alive or dead) with the following tabletop games.

A Game of Thrones: The Board Game

The big daddy of them all is now in its 2nd edition is justly popular and critically acclaimed among tabletop gamers. In this epic board game for three to six players, you take on the role of one of the great Houses of Westeros, and vie for control of the Iron Throne and domination of the Seven Kingdoms. 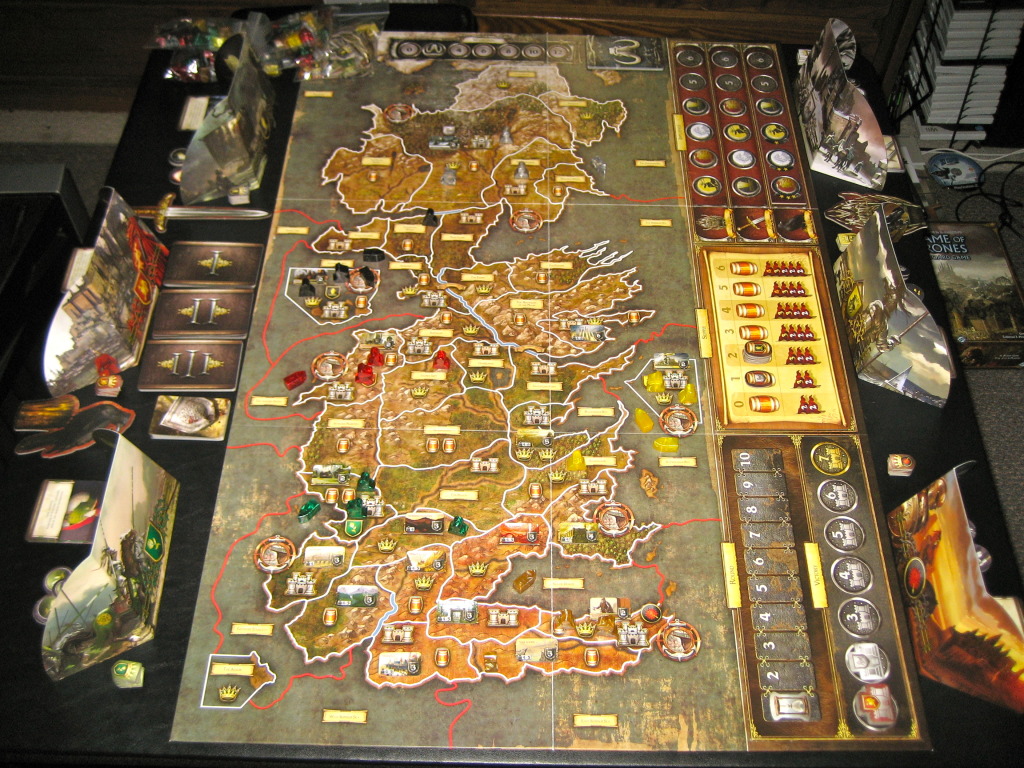 Be prepared to spend an entire afternoon or evening playing, but it is well worth the time. You will need diplomacy, strategic planning and tactical use of cards to win. Alliances are crucial, so is knowing when to break them. Your closest allies often can be your worst enemies.

The gameplay is elegant, with elements of the classic board game Diplomacy, updated and modernised with what the past twenty years of tabletop games resurgence has to offer. No dice is used, but through the clever play of cards, not to mention shifting alliances, outcomes of battles are never a sure thing!

With a gorgeous illustrated map board of Westeros as your playing surface, and great artwork on the cards and tokens, it is an immersive experience. High quality components are a trademark of the publisher, Fantasy Flight Games.

Be warned: friendships and marriages have been strained over this game; when you play the game of thrones, you win or you lose. There is no middle ground.

The popularity of the game lead to the following two expansions, A Feast for Crows and A Dance with Dragons, all worth picking up.

A Game of Thrones: The Card Game Second Edition

For something more portable and needing only one opponent to play with, look no further than A Game of Thrones: The Card Game Second Edition, released about a month ago. Also published by Fantasy Flight Games, this second edition allows just two players play, up to six players (with more sets). 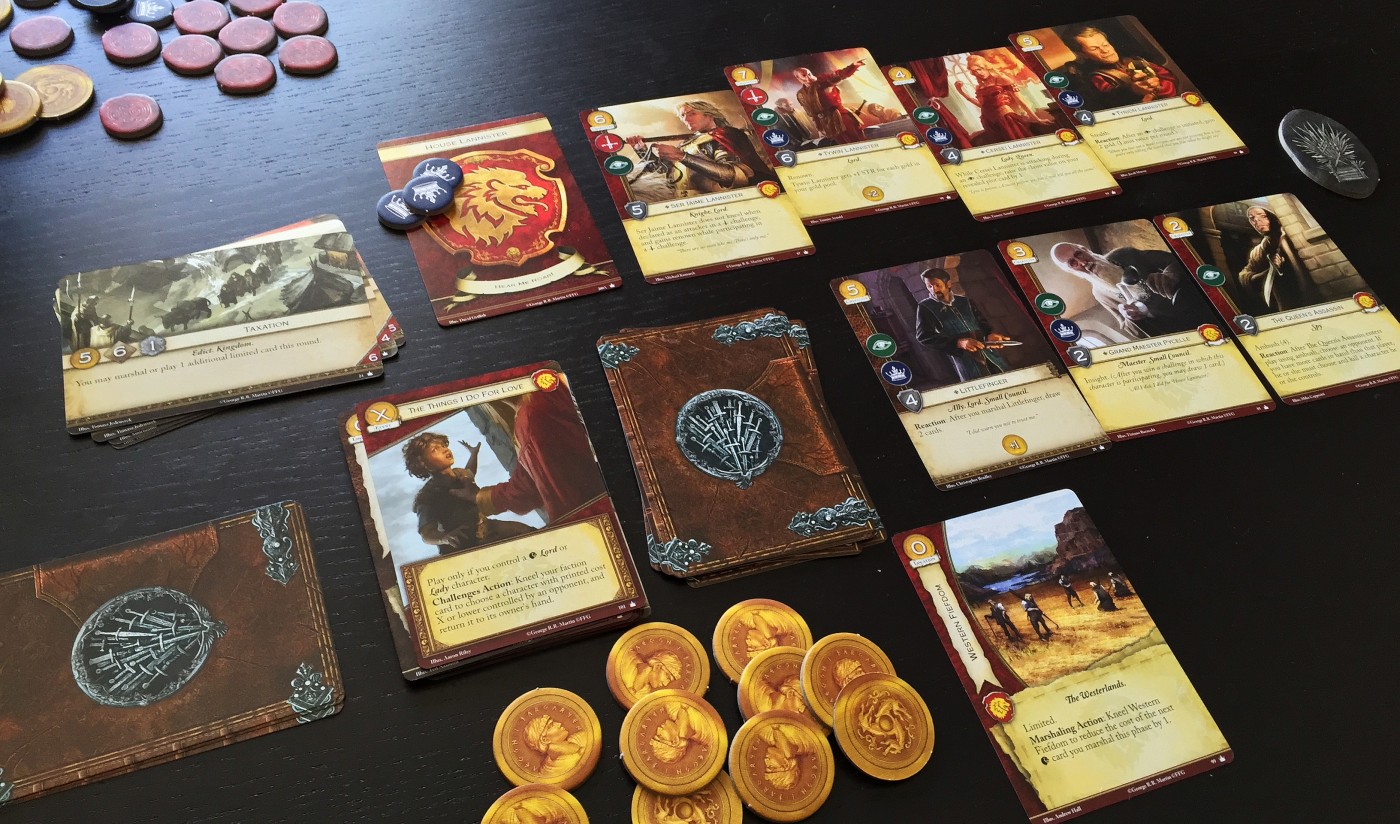 With gorgeous artwork throughout, the game consist of two different decks of cards that you will draw from. The player deck contains the characters, locations and events that you will put into play and score points with. The Plot deck on the hand represents the schemes and trickery you can play to gain an upper hand each round.

There are multiple paths to victory, through military, intrigue or power challenges, allowing a huge variety of gameplay style and dynamic strategy.

With a shorter play-time and a more portable format, A Game of Thrones: The Card Game Second Edition is a great for both casual and more involved play. As part of Fantasy Flight Games Living Card Game format, expect more expansions in the future which will increase the play experience and an ever-changing game meta.

If time is short or you prefer a lighter game, try the production by renowned game designer Reiner Knizia and is for two to six players. With artwork adapted from the HBO Game of Thrones series, this game should appeal to casual players who want a taste of Westeros without too much investment. 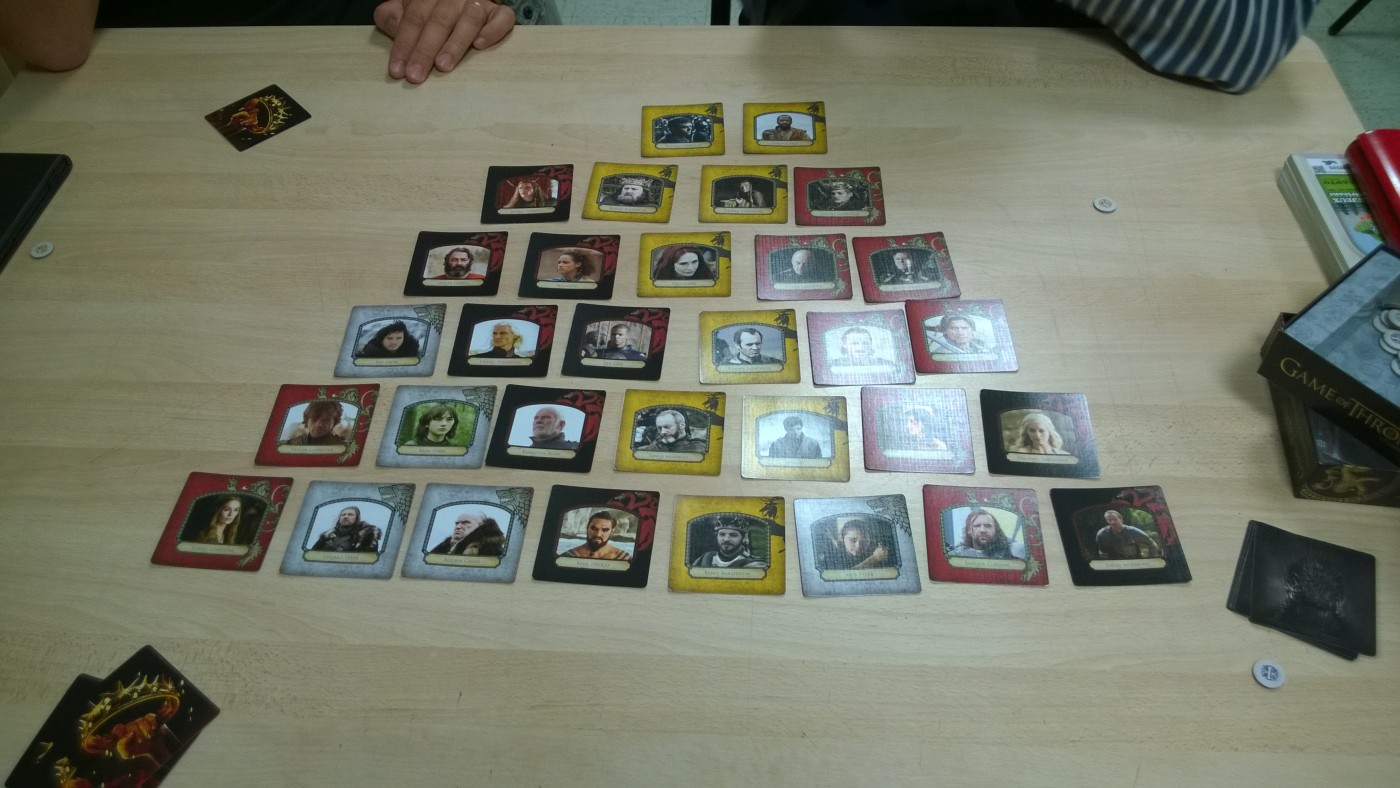 The deck is shuffled and the divided amongst the players and the rows of characters must be formed creating the ‘court’ of Westeros.

Honestly, comparing the other two in this series, Westeros Intrigue falls pretty flat. The theme actually works against it. If anything, this is a good gateway game to get your friend interested in true violence and betrayal of the former titles.

We list out all the best PS5-compatible M.2 NVMe PCIe 4.0 SSD options available on Amazon for your PlayStation 5.