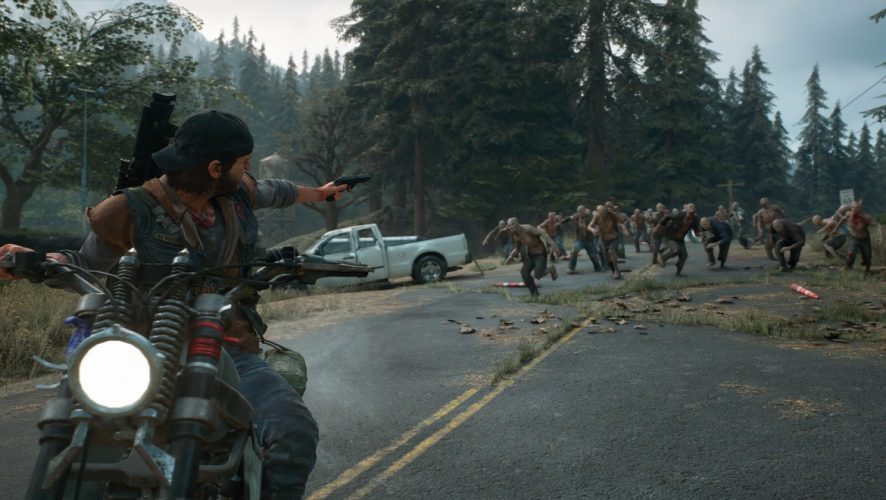 Experiencing A World Of Freakers And Beasts In Days Gone

The PlayStation 4 has been leading the console gaming pack, and owes much of that to its library of exclusive titles. Exclusives, and more importantly, wonderful games that have astounded, enraptured, touched, and changed how we look at video games.

And Bend Studio’s Days Gone looks set to carry on the torch in its own way. 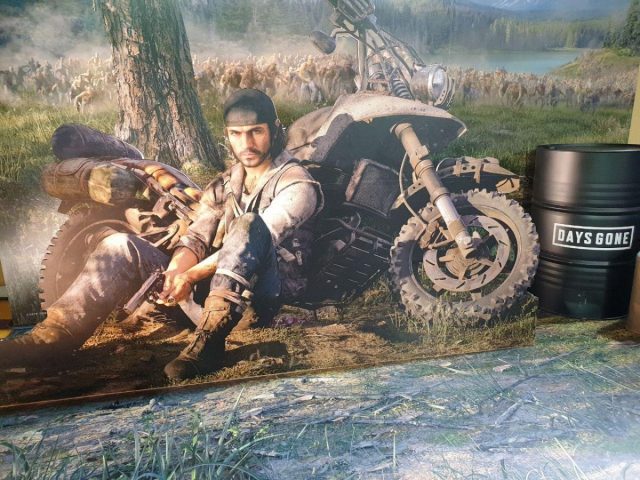 At a press event organised by PlayStation in Bangkok, we got a closer look at a new build of Days Gone, and sat down with Community Manager, David Lee, for a deeper dive into the PS4 next big exclusive.

With six years of development and the impending release of Days Gone on April 26, much of the story behind protagonist Deacon St. John, and the strange world, has mostly been kept under wraps.

The latest trailer introduced us to Sarah, wife and doctor, and sheds more light on what our protagonist has lost before this harsh, new world set in the Pacific Northwest of the United States.

Our first interaction with this new build sees Deacon, Sarah, and Boozer trying to escape the mayhem. Nursing a stab wound, the brothers-in-arms selflessly let Sarah onto a rescue chopper while they take the ground route. Needless to say, things do not exactly go to plan.

While much is to be learned, there is enough teases and ambiguity during the demo to suggest a larger plot is at play, and players should be excited to find out more throughout the 30-odd hours of mainline gameplay. It got us intrigued, that is for sure.

A huge part of the danger that exists in Days Gone is due to the Freakers, the end product of a worldwide pandemic that swept across the globe. These monsters are sensitive to light and sound, with them all existing within a complicated ecosystem in this world. 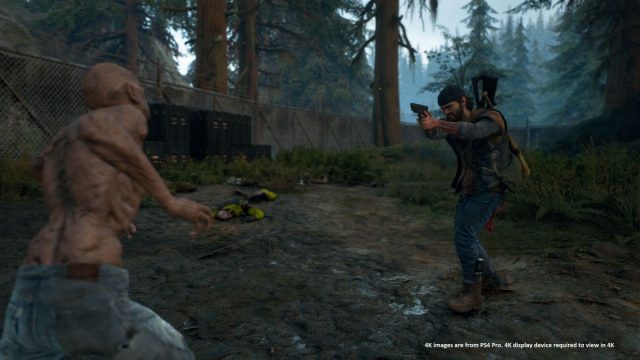 Between humans, Freakers, animals, and infected animals, there are plenty of opportunities of interaction that could surprise, and more likely, shock you. Having a pack of pandemic wolves chasing you down is no laughing matter.

The dynamic weather system plays an important role in how you approach any given situation, as the weather can change from sunny to cloudy to even snow in an instant. 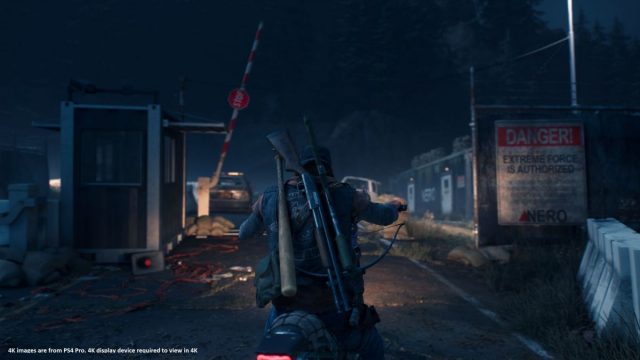 This presents not just visual and gameplay changes in terms of movement, sight, and more, but also affects the Freakers. Already formidable in the day, nighttime drives them into a frenzy, and snow makes them even hardier foes to deal with.

Then there are the hordes, masses of Freakers that are daunting to look at and even more intimidating to deal with. While you may face a smallish horde of around 50-100 Freakers early on like in our demo, be prepared to fight tooth and nail with hordes made up of 300 Freakers. 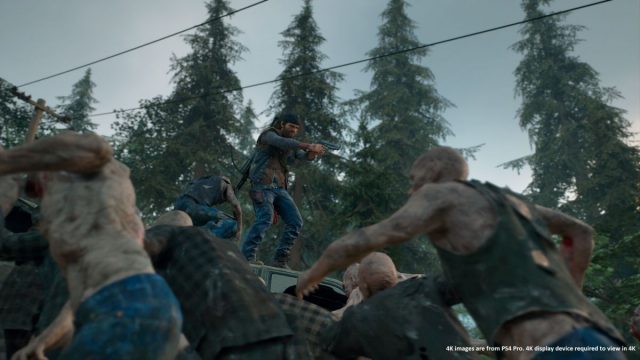 It is utterly brutal, but crucially, fun to take them down.

It would be easier if Deacon could run and swing his weapons without limits, but there is a stamina system in Days Gone that can either frustrate you, or force you to think more strategically.

However, there are skill trees for melee, ranged, and survival skills that can alleviate some of that stress. Deacon can slow down time for aimed shots, unlock instant kills, and much more in order to be better equipped for upcoming encounters. 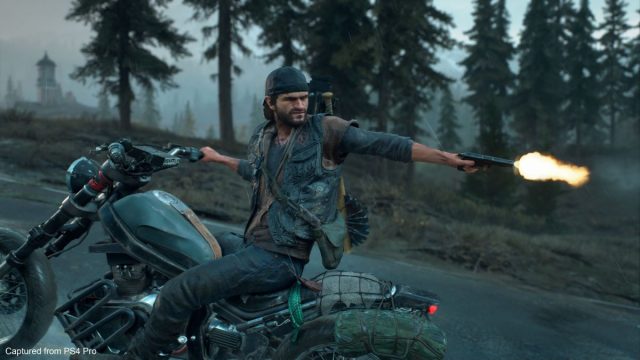 Of course, if you cannot win a fight, you can always flee with the help of another of Days Gone’s essential component – your bike.

The motorbike serves almost as an extension of Deacon, requiring both parts to upgrade and repair, and fuel to run. It adds another layer of survival elements to the game. When there is a world this big to explore, having a swift mode of transport is a godsend, and there is bound to be more gameplay surprises that await in the final build. 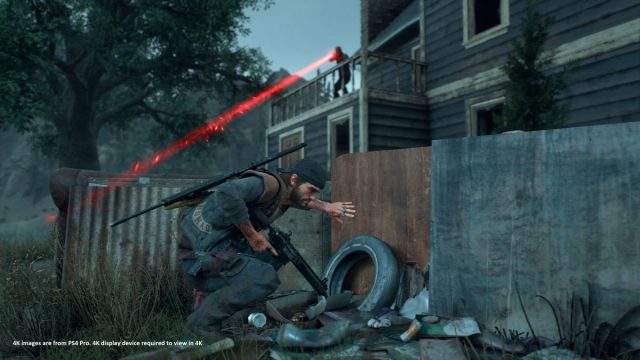 Deacon will also occasionally meet other humans, both friend and foe. Outside of the religious nutcases known as the Rippers and the marauding… Marauders, there are friendly settlements that will be key in building up your arsenal and unlocking upgrades.

Turning in quests, clearing bounties (Freakers’ ears are valuable!), and gathering resources will help build trust, mend some complicated relationships, and give players more insight about this world.

All that exploration and space would be wasted if there is not much to do. Outside of Days Gone’s main storyline, there are many side storylines that will not only expand upon the lore, but also provide valuable XP, weapons and much more for the completionists. 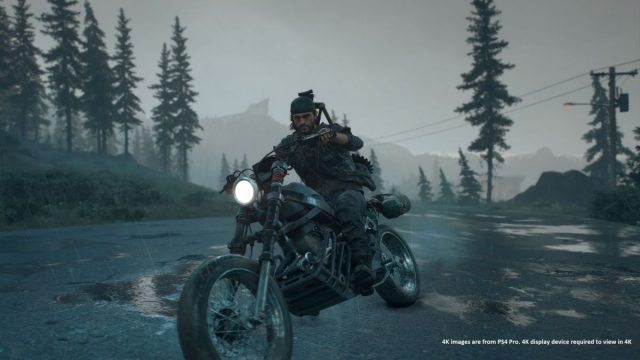 While we definitely enjoyed our time exploring Farewell, there are still some minor gripes that could be ironed out by release day. Shooting feels a little lightweight, and there is a lack of satisfaction/feedback when putting Freakers down.

In addition, the motorbike’s handling is also a little loose, and it would be interesting to see how Bend Studio balances the need for survival resources and how easily players can find them. It would likely make or break the survival aspect of Days Gone to a certain degree. 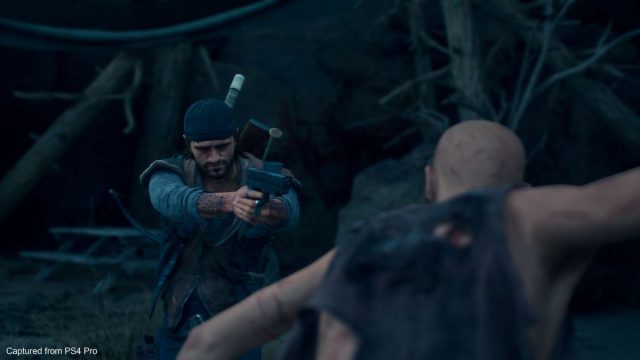 That said, the demo has certainly whet our appetite for this upcoming AAA exclusive, and we cannot wait to take to the dirt with Deacon St. John and Days Gone this coming April 26.