It’s that time of the year again. The new FIFA 20 by EA Sports is nigh upon us, and arguably the biggest question racking our footballing brains is: who’s the new cover star for the new game?

Both footballers have been revelations for their respective teams in the past season, and as such have earned the honour of being the cover stars for the new FIFA.

The nimble Belgian gained legendary status with former club Chelsea after seven years before being snapped up by Spanish giants Real Madrid over the summer, whilst Liverpool earned its sixth Champions League title thanks to the impenetrable wall that is van Djik in defence.

“EA SPORTS FIFA is the biggest Football game on the planet, and I have been playing it for years against my brothers,” said Eden Hazard. “I am lucky to have been on the cover before but to be on FIFA 20 globally is amazing and I hope to excite as many gamers as I do when I take the field for Real Madrid this season!”

Hazard’s and van Djik’s assumption of the role of cover stars for the latest iteration of the game is an interesting move away from modern legends Lionel Messi and Cristiano Ronaldo, both of whom dominated the covers of past FIFA games over the past 8 years, bar FIFA 17.

And speaking of Ronaldo, it will be interesting to note that Virgil van Djik’s Liverpool has signed an exclusive multi-year deal with EA Sports to be featured on the next few FIFA games, whereas Ronaldo’s Juventus has gone the other way, signing exclusively with Konami’s eFootball PES 2020.

Of course, Hazard and van Djik are the cherries on the proverbial icing, with VOLTA Football marking a return of the beloved FIFA Street in FIFA 20. 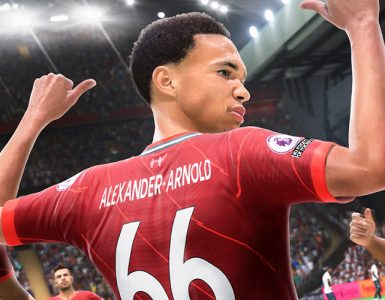