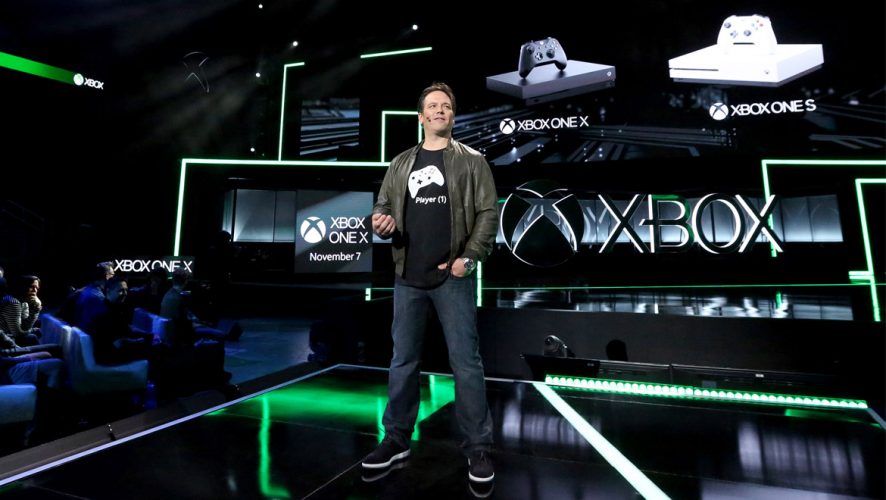 At E3 2017, Microsoft went in with their brand new Xbox One X which promises to be the most powerful console ever. We’ve already seen how powerful the console is touted to be and all that remains was to show off the game titles supporting Microsoft’s latest salvo.

The terms console exclusive and launch exclusive were thrown around quite a bit so to clear thing up, as far as we know:

Games that are Windows 10 and Xbox exclusive are the real exclusives. Console Launch Exclusives are timed exclusives and will be multiplatform eventually.

With that out of the way, here we go!

What would be a console launch without a racing title?  Inking a 6 year partnership with Porsche, Microsoft has also tied up with Nissan to show off the GTR as well.

Racing titles have always been to go-to genre to help show off a console’s power and Forza Motosport 7 certainly makes the Xbox One X an easy sell.

From the trailer above, the graphics look solid even at high speeds with Microsoft unabashedly highlighting the trailer’s footage being captured in-game and all in 4k.

Forza Motorsport 7 will launch October 3 2017 ahead of even the Xbox One X.

Can we ever get sick of post-apocalyptic titles? Not when they look as gorgeous as Metro Exodus!

If there’s a title best used to push the boundaries when it comes to graphics, the Metro series is by far one of the best titles to do so, bringing many a PC to its knees.

Considering that Microsoft featured this title at their conference, they seem to have great faith that the Xbox One X will be able to handle everything Metro Exodus throws at them.

The worst kept secret of E3, Assassin’s Creed brings us to Egypt in its latest instalment, and to the origins of the Assassin’s Brotherhood. With a new seamless fighting system, let’s hope this is the best entry in the franchise yet!

You’re most likely a console gamer if you’ve yet to hear of Playerunknown’s Battlegrounds which is taking the PC crowd by storm.

This is a game made for online streaming considering that it watches better than it plays. Think of a massive battle royale amongst over hundred players in an ever shrinking map Hunger Games-style.

The longer the match drags out, the more players will be forced into conflict sooner than later. Campers beware.

This is not the first time we’ve seen a title similar to Deep Rock Galactic, but it’s a genre that appeals quite a bit to me.

Team up with your buddies to gather materials, build defences and fend off a horde of beasts is a solid gameplay mechanic that would appeal to anyone!

Here’s hoping this title has local multiplayer as well!

State of Decay 2 (Xbox One and Windows 10 Exclusive)

Co-operative zombie games have always been an easy sell and State of Decay 2 should be no different.

Hopefully, the sequel would see improved base building over the original while retaining the same, brutal gameplay. Judging from the trailer above, it seems that the loss of a treasured survivor will be felt even more so with the game rubbing it in your face with extremely gory kills.

If Playerunknown’s Battlegrounds might have been too raw around the edges for most gamers, then The Darwin Project looks to be the polished product that folks might gravitate towards.

In what looks like a futuristic asymmetrical combat game, the trailer features multiple classes armed with cloaking devices and energy shields duking out to be the last man standing.

What’s interesting would be the in-built Show Director mode, and showcasing a shoutcaster narrating part of the trailer. Clearly this is yet another title made for livestreaming with a good potential for esports.

It’s Minecraft, now with cross platform play. And, even the Nintendo Switch gets a brief cameo.

Oh, and it’s in 4K now and looks pretty.

Bringing back 2D fighting to the DragonBall franchise, this 2018 title will be developed by one of the foremost developers of fighting games, Arc System Works. We cannot wait to see what they can produce!

Black Desert has all the hallmarks of the grindfest Korean MMO. And with Destiny looming in the background, this title might appeal to folks who enjoy medieval / fantasy settings.

Let’s hope that it has all the hallmarks of a good MMO and if it’s rife with microtransactions, Black Desert might see a quick death before they even know it.

If retro games such as Monkey Island and Another World had a baby in the modern era, the resulting offspring would be something like The Last Night.

This title goes to know you don’t need to have super realistic graphics for a game to look good. All you need is a strong art style.

Loving the Blade Runner vibe with this!

A vampire style Souls game? Sign up us right now! We love the aesthetic and the whole premise, so this is definitely one to keep a look out for.

Sea of Thieves (Xbox One and Windows 10 Exclusive)

We’ve seen Sea of Thieves in the past and Microsoft might have struck gold with this title if they play their cards right.

Much of the game centres around sailing the seas with your crew of fellow pirates and the world looks to be rather vast to explore.

The addition of other players within the game makes us wonder if the world is persistent or procedurally generated over time. Hopefully, it would be the latter as plundering an already stripped world would make it a bummer for anyone arriving late into the game.

From the creators of Gone Home, Fullbright’s Tacoma will have you explore the Lunar Transfer Station Tacoma as Amy Ferrier, piece together what happened as you explore and interact with your surroundings. Tacoma will be available August 2.

It looks like 3D platforming still has much potential left in the genre. Once upon a time, we were inundated with many from the genre only to see it waste away with each console jump.

Super Lucky’s Tale looks like one perfect for the kids and great to ease them into a world of gaming!

Cuphead (Xbox One and Windows 10 Exclusive)

Cuphead has been one of my more anticipated titles in recent years mainly due to the art style. If you think it looks like something Disney might launch a lawsuit at, you probably have the same train of thought as I.

Sadly, this trailer is filled with mostly exposition and let’s hope that they developers would be able to stick to the 29 September release date.

Crackdown 3 (Xbox One and Windows 10 Exclusive)

It seems almost apt that Terry Crews is fronting Crackdown 3 considering the title enjoys Xbox Play Anywhere support as well. With the man new to the PC Master Race, it’s good that a title which was announced first at E3 2014 will be moving with the times and expanding its player base to include both Xbox and PC players.

Being able to blow up entire buildings in multiplayer? Sign us up this November 7!

No Xbox conference is complete without mentioning the independent developers, and [email protected] did its part showcasing many more indie titles coming to Xbox.

Another great looking action role-playing game that is a console launch exclusive, you have to survive both the world of darkness and light, as well as the people. To trust or not to trust, that is the question.

Life is Strange: Before The Storm

If you played Life is Strange, you would know one of the biggest mysteries surrounded Rachel Amber. In this new three-part standalone adventure, we will relive the story of Rachel and the returning Chloe Price. If it’s anything like the first game, we are in for a ride starting August 31.

The first game ever to explicitly state its support for the new Xbox One X, Shadow of War will bring back the amazing Nemesis system, a brand new story featuring a new Ring of Power, and will be an Xbox Play Anywhere title.

The gorgeous and challenging platformer is officially getting a sequel, but with no release date, we will have to wait for more on this one.

One of the differing factors between PlayStation and Xbox, backwards compatibility (BC) divides gamers as not everyone uses it, but it seems everyone wants it. Now Xbox is expanding the BC catalogue to include games from the original Xbox library and will be boosted by the extra power from this generation’s consoles.

This is the big one. Saving Anthem as one of the last titles to be shown at Microsoft’s E3 2017 press conference, EA could very well have a Destiny killer on their hands.

Mere words cannot describe the awesomeness of the new Javelin exosuits, you’d have to watch the trailer for yourself to decide!

There we have it, Microsoft has plenty of support with timed and console exclusives up their sleeves. With a S$699 launch price, we shall see if this slew of titles will be able to help Microsoft triumph in the next leg of the console wars.