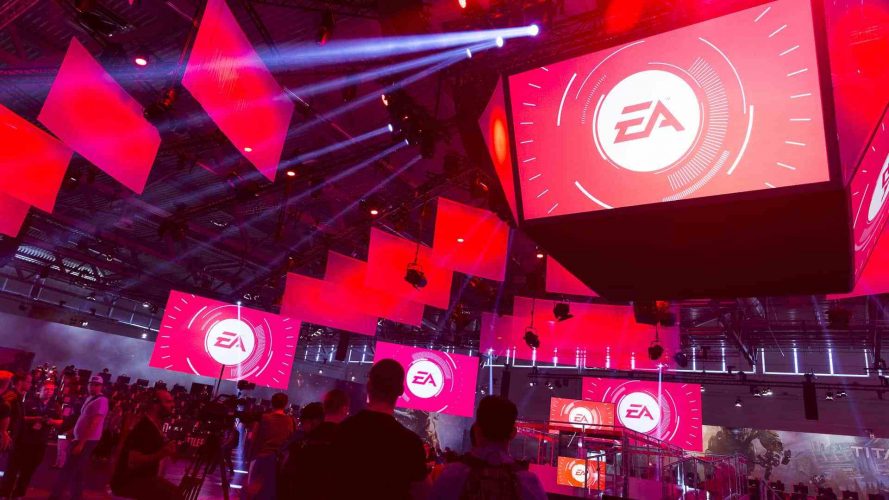 Early this morning, Electronic Arts held their EA Play conference to kickstart the annual E3 (Electronics Entertainment Expo) 2017 in Los Angeles, with plenty of reveals of their latest and biggest franchises. There were eight to be exact, including favourites such as Star Wars Battlefront 2, Madden, FIFA, Battlefield 1 and more!

With a sizzle reel showing off the best of 2016 and what’s to come in 2017, we were joined shortly by a drum corps and Madden NFL 18. Coming to the franchise this year will be “Long Shot,” a story mode akin to FIFA 17’s The Journey. Powered by the Frostbite engine, this is “Madden like you’ve never seen it.”

The challenge for EA though, has always been to make Madden relevant to a non-US audience who pretty much prefers the real game of football.

We start once more with highlights of streamers and players doing the many incredible things that have typified Battlefield 1. Soon, players will be able to battle in all-new night maps and more, with the latest expansion In the Name of the Tsar. Calling it a “revolution” of Battlefield 1, EA will be bringing epic battles on the Eastern front (6 new maps), with the Russian army, the fearsome Hussar cavalry, and the Women’s Battalion of Death, as well as playable female characters for the first time. All these plus a new mode called Supply Drop, coming in September.

DICE will also be launching a “new competitive experience” for Battlefield 1  – more details to come at Gamescom in August.

A shift in focus to eSports with FIFA and Madden, with the drama and spectacle you would expect from the top players all around the world. EA wants to focus on grooming more champions, and that you could very well be the next superstar with the launch of the largest FIFA World competition ever which lead us to…

Now this if football as the world knows it. Cue an extended trailer of FIFA 18 and Cristiano Ronaldo. The game (at least in the trailer) looks crisp and promises more improvements to an always impressive franchise.

The “Men in Blazers” then took to the stage with their comedic schtick, the pair highlighted signature moments, play team styles, improved player animations, the atmospheres of stadiums, and of course, Cristiano Ronaldo going through mo-cap. The Journey will be making a comeback, with hero Alex Hunter returning in  The Journey: Hunter Returns.

An awkward beginning with YouTube presenter, Jesse Wellens, fluffing his lines aside, we got a look at the new NFS with a new trailer. This new entry is really more Fast and Furious than classic NFS, with gameplay showing a heist to steal a supercar. It is definitely more cinematic and gorgeous than previous iterations, with crashes and explosions aplenty in between action-heavy cut-scenes. There is even a mid-game character switch, suggesting multiple playable characters. Need For Speed: Payback is one to look out for this November 10.

And with this goes our dreams of ever seeing a real sequel to Burnout.

Patrick Soderland (EVP, EA Worldwide Studios) returned to talk about the EA Originals initiative for independent developers.  A Way Out comes via the developers of Brothers: A Tale of Two Sons, Hazelight Studios. Creator Josef Fares introduces us to a unique story focusing on two male leads, Vincent and Leo, and a co-op game about busting out of prison, surviving the ensuing chaos, and family.

Even cooler still, the game places an emphasis on local couch split-screen co-op for the full experience, even though you still can play online. The studio promises exploration, driving, and loads of action, guaranteeing a co-op experience like no other game. The gameplay trailer showcased the different paths for the two characters, with unique moments for each character at any given time. Fares also promised that variety is key, stating that you will never be doing the same thing twice, nor for too long. And yes, you cannot play this game solo, as you will need a partner-in-crime.

SEED stands for the “Search For Extraordinary Experiences Division,” and is EA’s initiative for innovation. Part of that vision is Project Scorpio, Microsoft’s premium console. Combined with the Frostbite engine, Project Scorpio produces the most detailed and high-resolution imagery ever for Madden NFL 18. EA promises more to show in the Microsoft Conference, and we’ll be there as well.

More post-apocalyptic stuff is coming from BioWare, with their new IP, Anthem. High-tech suits, monsters, and a crumbling wall, we will catch more of this new title at the Microsoft’s conference later this week. Remember,“the wall protects us from what lies beyond.”

And there goes our dream of a Dead Space sequel.

Executive Producer Sean O’Brien took to the stage and introduced us to the first look at NBA Live 18. The analogue sticks account for movement, defense, and shots, much like the NBA 2K series. A debut trailer shows off The One, a common thread through NBA 18 that lets you play however you want, with whoever you want, either in the league or on the streets.

Your on-court performances will help increase skills and unlock gear and there are even 5v5 community games. to test your skills. Everything you do matters and your legacy is defined by your choices, how you play, and whichever path you take. A free demo comes in August, with everything carrying over to the full game if you choose!

30 minutes of pure Star Wars Battlefront 2, starting with a John Boyega tweet about the offline story mode and a Stormtrooper invasion flanking everyone’s favourite new lead, Janina Gavankar, leader of the Inferno Squad in the new single-player campaign. Bridging the gap between Return of the Jedi and The Force Awakens,  Battlefront 2 will have three times the content of the first entry. More heroes, vehicles, planets, space battles, and a revised player progression system, not to mention content across all eras, this is shaping up to be a more fleshed out game. And we are going to get split-screen co-op!

The gameplay trailer was dope. looking all awesome and sharp. You get droids, stormtroopers, land and air battles, Darth Maul, jet packs, Boba Fett, Yoda, Chewbacca, Kylo Ren and Rey, even space battles with a familiar Millennium Falcon. John Boyega then joined us on-screen with the announcement of the first season of FREE content that includes Finn and Captain Phasma, and The Last Jedi content with the new planet Crait and a space map above the planet D’Qar.

Next up was the world premiere of Star Wars Battlefront 2‘s multiplayer gameplay – Assault on Theed. Featuring a 3-stage battle. The live 20 vs 20 gameplay had plenty of action, different heroes, classes, vehicles and sweet lightsaber action. It is already more impressive than what we ever got from last year’s Battlefront, and that gives this fan so much hope.

That’s all folks, we got plenty of reveals and information about the new games in annualised franchises, two new IPs, and a wagon full of gameplay trailers. A great start to E3 2017, and we can’t wait to bring you more, stay tuned!