Following several delays, we finally heard more about Dying Light 2 Stay Human back in May. With the reveal of a release date of 7 December, fans finally had a target to aim for. Aside from the more narrative-focused approach that Techland is taking this time around, the main highlight remains the action, and a new gameplay trailer has duly arrived to give us more of a look at the carnage.

Just as one would expect in a zombie-filled land, there is plenty of gore and violence awaiting. However, Dying Light 2 Stay Human has got that parkour DNA as well. Scaling buildings, making impossible leaps, it almost makes the player feel invincible, especially during the day.

That, however, does not last long once you enter the dark surroundings of buildings and the coming of the night. With the infected retreating into the interiors when the sun is out, you are going to be taking some calculated risks by heading indoors.

Instead of being carefree and even reckless with your movement, stealth in Dying Light 2 Stay Human requires a more delicate touch. Slow, careful movement will save your life, that is, until you inevitable awaken the horde and have to escape. Cue action-packed parkour sequence.

Suffice to say, all that we have seen of Dying Light 2 Stay Human is pretty much what fans would want. More of the intense action coupled with improved narrative focus should make for an awesome zombie romp come December. Let’s just hope there are no more delays this time around. 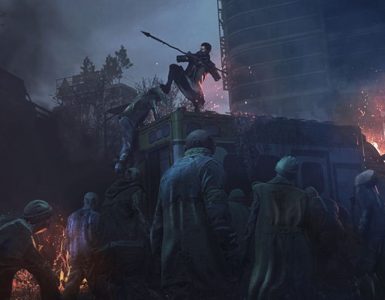