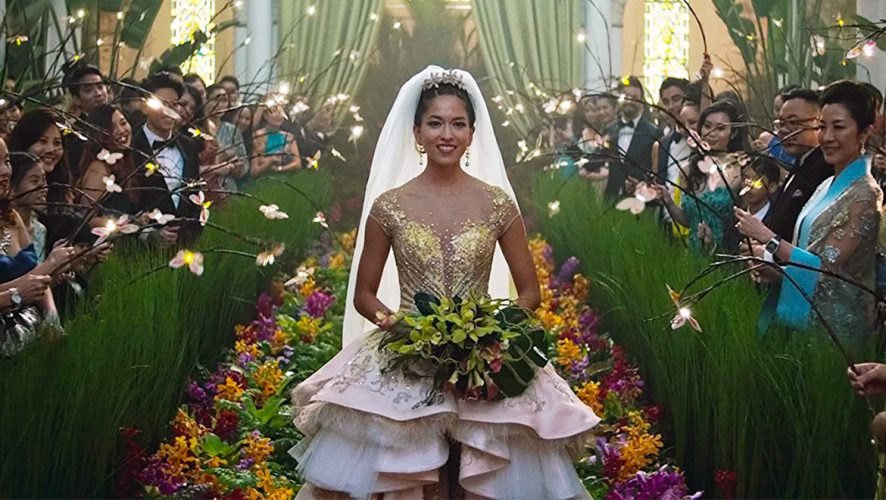 Crazy Rich Asians Made The Singaporean In Me Laugh, Cry And Wonder

Thanks to all the hype garnered by Jon M. Chu’s rom com, Crazy Rich Asians, hordes of my fellow countrymen are flocking to the cinemas to either:

I have not read the New York Times bestselling novel this movie was based on, but this much I know: the 2013 book written by National Service-dodger Kevin Kwan is based on the author’s real life encounters with Singapore’s very, very rich upper circle.

I am guessing that most viewers, like me, aren’t crazy rich Asians. So, for an affordable price of a movie ticket, this is a great opportunity to take a peek into what the lives of Singapore’s elites are like. Watching the movie just made me realise how filthy rich some people can be. 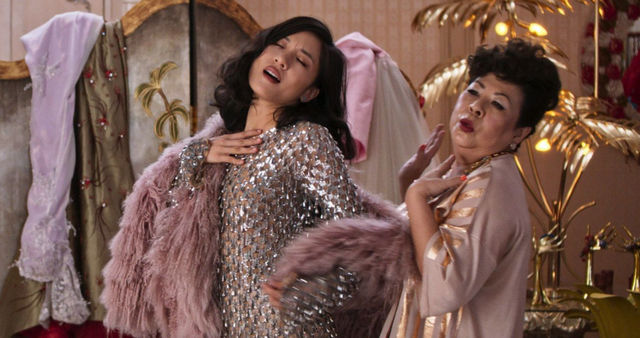 The two-hour movie opens in London, where the protagonist Nick Young (who looks like he is less than 10 years old), witnesses his mother buying over a hotel after its snobbish service staff turned her family away. Michelle Yeoh portrays Nick’s dominating mother, and she is a lady you don’t want to mess with.

Nick should count his blessings for having the chance to visit London at such a young age. Here’s what I remember from my first family overseas trip. It was a reward for scoring decent marks during the Primary Four year-end examinations. I was pretty excited initially, but the harrowing bus ride up Genting Highlands remains one of the most nauseating experiences in my life.

Nick grows up to become a dashing gentleman (but of course) and attends boarding school in England. Played by British-Malaysian actor Henry Golding, Nick speaks perfect English because of his education. His family stays in a mansion that is inaccessible by MRT or bus. To his credit, Nick tries his best to speak Mandarin, Malay and Hokkien when he orders food from Newton Food Centre. While driving on what looks like the ECP… huh? 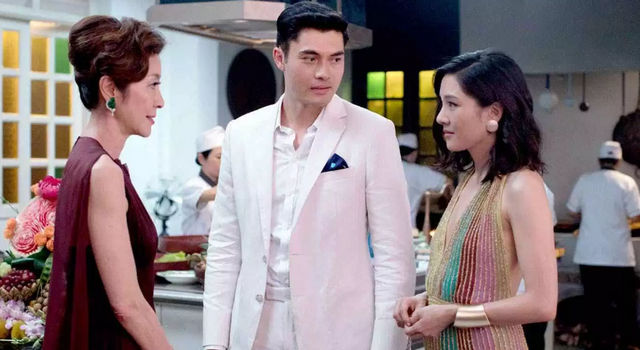 As a non-crazy rich Asian, I grew up in Singapore and attended neighbourhood schools. I (still) stay in a HDB flat (why is there only one shot of public housing in the movie?) and served National Service, unlike ahem, a certain Mr Kwan. I speak Singlish with my friends and switch to awkwardly-accented English and Mandarin when I have to converse with foreigners. You know, to make sure they can understand me. I avoid places like Newton Food Centre and Lau Pa Sat at all costs because I think the food at these tourist traps are scarily overpriced. Instead, I consume less Instagram-worthy meals at kopitiams, located in less flashy neighbourhoods.

But underneath it all, I do understand Kwan a little. His book is about going after what you want, no matter the sacrifice, including leaving family since Nick is prepared to leave his family for Rachel. Meanwhile, Kwan’s life took a turn when he decided on what he wanted, and abandoned Singapore. We’re not sure if it’s to be a successful author, or to be the author of a book that a successful movie is based on, but we believe he thinks his sacrifice is worth it. Let’s face it – his books, and this movie, have single handedly done more for Singapore’s image and reputation than anyone who has ever been granted deferment from NS. Now let that sink in. We’re not sure what is in store if he ever returns to Singapore, but we doubt we will ever find out.

Meanwhile, the movie follows Nick as he travels to Singapore to attend his best friend’s wedding party. The dudes and gals go to Langkawi for their lavish bachelor and bachelorette parties. There are private helicopters and massive cruise ships involved. Eye candy comes in the form of bikinis, boobs, board shorts and abs.

I have travelled to offshore resorts with my friends before, but I don’t remember the beaches looking so clean and peaceful. Don’t even get me started on scouring the Internet for cheap flights on low-cost airlines. Mere mortals like us also don’t have much to flaunt in our swimwear.

The film’s last few scenes were shot at Gardens by the Bay and Marina Bay Sands, two very notable Singapore icons. Heavily supported by the Singapore Film Commission and the Singapore Tourism Board, this is a project that is supposed to emphasize their newly minted, Hollywood recognised, “Passion Made Possible” brand. Pardon my lack of appreciation for the tagline, but I still don’t see how breathtakingly cinematic shots of tourist spots fit into the equation.

I’m also wondering why the movie has the characters fly some unknown airline, instead of our iconic Singapore Airlines. For a company to spend millions on sponsoring in the F1 Night Race, but not be involved in what is arguably the biggest Asian-centric Hollywood blockbuster in the last 25 years feels like a massive lost opportunity. 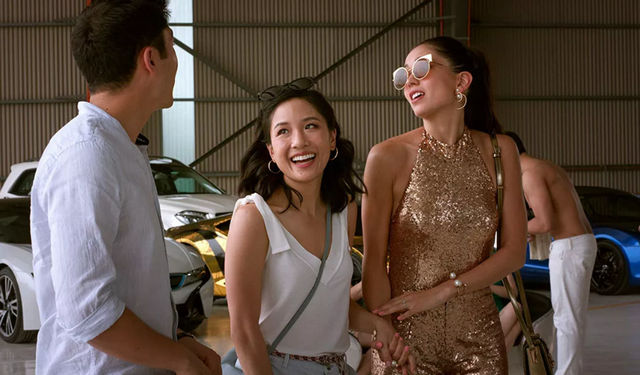 And call me shallow – but after seeing the synchronised swimmers strut their stuff in the infinity pool, I was hoping that the director could tap on his experience from helming two Step Up movies to indulge viewers with some underwater dance moves.

What I identified with greatly though, were the Singapore cast members who played supporting roles. Phua Chu Beng (the younger bro of Singapore and JB’s best contractor) shows off his abs, Under One Roof’s Dolly meets one-third of the Dim Sum Dollies, while my TV crush “Boing Boing” has the most hilarious bits in the movie. Also for the record, I think Tan Kheng Hua delivered the most beautiful performance in the movie as a single mother with a secret past. Oh, and does nobody want to call out Koh Chieng Mun, who plays Neena Goh, for basically channeling Under One Roof’s Dolly in this movie? And where is Chin Han in all of this? 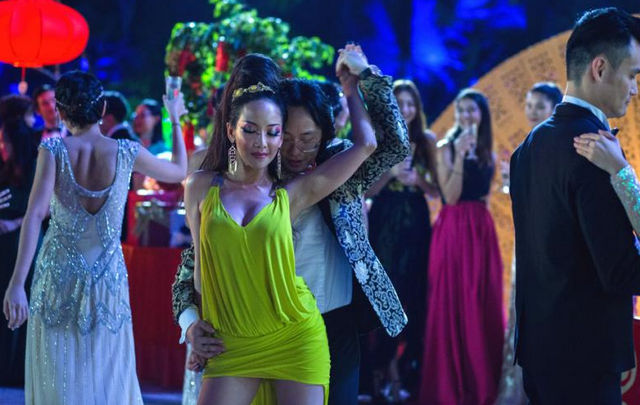 So I was quite disappointed that none of the Singapore actors’ names received top billing during the movie’s end credits. If anything, Fiona Xie should be recognised for playing the best Fiona Xie character in any movie.

Judging from the chatter around me, I am sure that the movie will make big bucks at the local box office. In the United States, the film made a three-day weekend total of US$25.3 million after its release on 15 August, beating out Chinese-American co-production The Meg. Thanks to these encouraging numbers, the movie studio is already developing a sequel. Locally, we understand that the movie has crossed the S$2 million mark in its opening weekend, making it the biggest romantic comedy to ever open here. Support local! #SingLit

If you don’t already know, the second title in Kwan’s trilogy of books is “China Rich Girlfriend” – I can’t wait to see how the great and mighty Republic will unleash its power in the sequel. Meanwhile, I continue to hope that I get invited to a tan hua party where people gather with drinks to watch flowers bloom.