Unlike a number of bigger brands at CES 2020, Google did not bring any hardware announcements this year. Though that is not to say that it had nothing to offer at the Las Vegas tech show. Alongside its massive two-storey slide were a number of announcements, mostly revolved around the Google Assistant.

Here is a look at the various updates Google has made at this year’s CES 2020.

If you find yourself not having the time to read that long web page you’ve been eyeing the whole day, don’t worry. With Google’s new update, you can now get Google Assistant to read long-form content to you with its new screen reading technology that’s built on “new voice datasets to create more expressive and more natural sounding voices, so it’s easier to listen for a longer period of time.” Google has also mentioned that it wishes to make the page auto-scroll as it is being read, though such a feature might take a little longer to roll out.

Once this feature is made available, you will be able to get Google Assistant to turn on, turn off, start, or stop any compatible smart device at any time you want it to. It’s sort of surprising that it took Google this long to release such a feature but better late than never we suppose.

We’re sure most of you are familiar with the idea of waking up to find a Post-It note on the refrigerator door, or maybe you yourself have left a Post-It note on the door before. Google is now digitalising Post-It notes, by allowing you to leave sticky notes on your smart displays that can be viewed by anyone at home. You just have to say something like, “Hey Google, leave a note that says…” It’s as simple as that!

With this new feature, you will be able to add several important phone numbers to your smart display’s lock screen, allowing anyone to quickly call those numbers with a simple tap of a button or a voice command. Both the Sticky Notes and Speed Dial function will be available before the end of 2020.

First announced in CES 2019, the interpreter mode lets you hold a conversation with someone speaking a different language from you in real-time while a Google Assistant-powered smart device helps to translate the conversation.

In a nutshell, 2020 is shaping to be a big year for Google’s AI, with its many updates. Plus, considering how it is only the first year of 2020, who knows what other major updates will come our way in 2020. 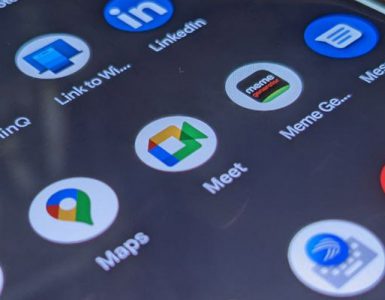