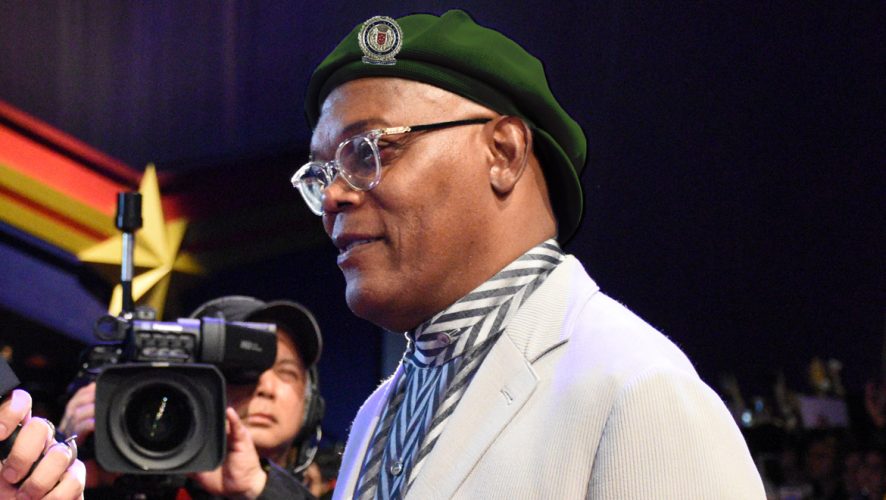 Those were the words slapped on Samuel L. Jackson‘s face when he saw the lines he had to recite.

We at Geek Culture managed to grab a hold of Nick Fury, fearless leader of S.H.I.E.L.D during the Captain Marvel Fan Event in Marina Bay Sands, Singapore to say a couple of lines commonly used by non-commissioned officers (better known as enciks among Singaporean locals) in the Singapore Armed Forces when they’re in a bad mood.

Of course, the lines wouldn’t be authentic without including a dash of Singlish. It may sound like broken English to many, but that’s because it is. Here’s an example:

With only the army NCO context given to Jackson, the star gave his best impression (with an eyebrow raised) of what an angry Singapore army officer sounded like. No double dares needed.

Obviously, he has the gravitas and presence of an army officer, even if he’s not belting out the lines. We think he was more confused about how the lines were structured if anything.

Still, it was worth it getting a badass like Samuel L. Jackson to be an encik of the SAF for a minute. Judging from his delivery here, and from his filmography, he certainly would’ve made a terrifying one.