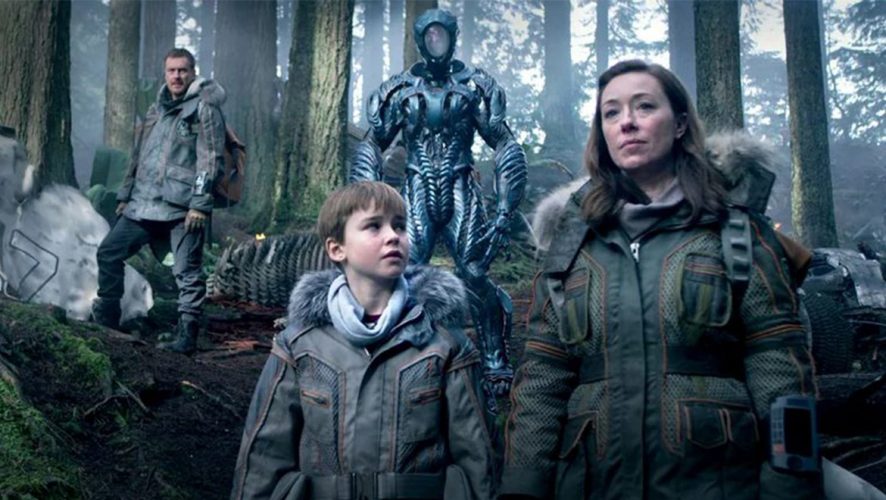 Can Someone Explain Why Netflix’s Lost In Space Is Rated R21 In Singapore?

[Update (17/04/2018): Four days after Lost In Space made its debut on Netflix, and less than 24 hours after we wrote this, the streaming giant revised the show’s rating from R21 to NC16, and finally PG13 for Singapore. Looks like there’s no dangerous content here after all Will Robinson.]

Netflix’s Lost in Space reboot was released on the popular streaming site on April 13, but young viewers in Singapore were faced with a peculiar problem. While it is rated PG13 in the US, the show is rated R21 here. Locked behind a parental control PIN code, the show, about a family that crash lands on an alien planet, and attempt to survive despite the harsh alien conditions and internal conflicts, has been deemed appropriate only for mature audiences in Singapore.

An R21 rating would mean that two of the Robinsons kids wouldn’t be able to watch the very show they star in – Mina Sundwall (Penny Robinson) and Max Jenkins (Will Robinson), who are aged 16 and 12 respectively.

Netflix’s maturity rating system is region-based, so it is understandable that various countries would rate shows differently based on their own cultures and regulations. The puzzling thing here, is why Lost in Space has been slapped with an R21 rating in Singapore, while kids in other countries are welcomed to watch the show.

Lost in Space is rated TV-PG in the United States, M for teens in Australia, and for ages 7+ in European countries such as Sweden.

This isn’t the first time a show has been disparately rated in Singapore. The governmental board in-charge of assigning maturity ratings in Singapore, the Info-communications Media Development Authority (IMDA), has been known for its strictness.

They received backlash when Love, Simon, a teen rom-com rated PG-13 in the U.S., was rated R21 in Singapore predominantly due to its homosexual themes. This prevents the film’s target age group from watching it, sparking up an intense controversy which led to a petition signed by thousands to lower the rating to NC16.

In the case of Lost in Space, however, the R21 rating makes no sense at all. Mild spoilers ahead if you haven’t seen the show, if mentioning things that don’t appear count as spoilers.

We finished all episodes and the series contains no gore, mild violence, no homosexual content, much less any sexual content, no nudity, and no foul language. (An overactive imagination might cause a small group of folks to view a cylindrical spacecraft entering a black hole as somewhat homoero…. Actually, no. No one can be that prudish.)

The first assumption we had upon seeing the rating was that there might be a homosexual character, considering how sensitive the IMDA is to homosexuality. But no, none of the characters even show a hint of being gay, and if I had one word to describe the show after watching it, it would be “family-friendly” (okay, two words.)

But watch out! Some of the characters have scenes which involve… kissing. Gasp!

The rating is a mystery indeed, and maybe even a mistake on Netflix’s part. It’s a shame that viewership in Singapore has been restricted, especially since the young cast were so passionate about the show when we caught up with them for an interview.

Netflix has since taken note of the error in the rating, and said that it has been rectified, which means Lost in Space may now be enjoyed by the whole family.