Borderlands 3 Gets A September Release And An Epic Store Exclusive?

Widespread excitement has been circulating in the internet for a few days now since the announcement of Borderlands 3 at PAX East last week.

Gearbox Software‘s fourth main entry in the franchise promises a whole lot more guns, Sirens and pure “mayhem”, leaving many fans giddy with excitement. And it just so happens that we may see this game a little earlier than we’d expect, according to a deleted Tweet by the official Borderlands team, courtesy of Twitter user Wario64.

No prizes as to what the word “Mayhem” stands for at this point. September 13 was the billed release date that was written on this deleted Tweet. This makes sense since the Gearbox folks did mention a potential Fall 2019 release date for the game.

Another interesting thing to note on Wario64’s Tweet thread is another deleted Tweet, this time featuring a six-second teaser and the Epic Games Store logo at the bottom corner. No Steam logo, it seems, so will this mean Borderlands 3 is an Epic Games Store exclusive?

If you were to scroll further down on the thread, another user, Bern: Space Operator, pointed out that this may not be the case, with a screenshot of the ESRB rating for the game featuring the Steam logo below it:

Now, who is to believe, then?

Perhaps Gearbox boss Randy Pitchford may shed some light on the matter.

Also taking to Twitter, Pitchford stated that he has bought games from all the different platforms, and personally feels that exclusives “are fine” especially when they’re timed, for maybe around “six months” at most. This might be the biggest clue to Borderlands 3 actually being an Epic Games Store exclusive, albeit a timed one at that.

The next Tweet is also interesting in that Pitchford and his team are strong supporters of cross-platform play. Cross-platform play is nothing new, so it will be exciting to see something as expansive as Borderlands 3 being enjoyed by gamers across different consoles. How exactly that will manifest remains to be seen.

We might find out more about the Borderlands 3 launch date and platforms it’ll be on tomorrow, April 3. 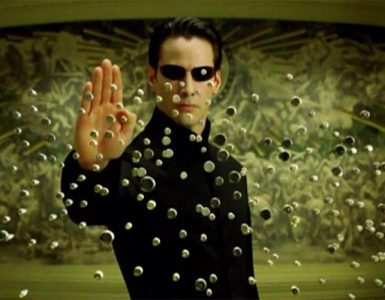