Bond 25 Will See The Rise Of New 007 Lashana Lynch

It’s no surprise that the 25th feature film in the James Bond universe, is a milestone in cinema. After all, its freaking title is dubbed Bond 25.

But while we’re all hyped to see Daniel Craig take on the role as James Bond once more, a curious new development in the franchise has seen a new face taking over the legendary 007 codename.

And that person is none other than Lashana Lynch.

According to Mail on Sunday, Lynch will only take the mantle of 007, as British compatriot Craig is still Bond, obviously. The source points to a “movie insider”, which explains how Lynch’s character will be given the iconic codename once Bond leaves M16. Here’s how it develops, according to this insider:

There is a pivotal scene at the start of the film where M [played by Ralph Fiennes] says “Come in 007”, and in walks Lashana who is black, beautiful and a woman. It’s a popcorn-dropping moment. [Daniel Craig’s] Bond is still Bond but he’s been replaced as 007 by this stunning woman.

Bond is, of course, sexually attracted to the new female 007 and tries his usual seduction tricks, but is baffled when they don’t work on a brilliant, young black woman who basically rolls her eyes at him and has no interest in jumping into his bed. Well, certainly not at the beginning.

This will not only be a pivotal scene in the movie, but rather in the entire franchise, as the official role of 007 will not be that of James Bond’s, or a man, for that matter — a first for the franchise. This is not, however, to be confused with the false 007 roles given to other women in both the original 1967 Casino Royale and its 2006 reboot.

Lynch has her acting chops sorted as well, most recently starring as Maria Rambeau in Captain Marvel, which released earlier this year. Other than that, she also played the leading role of Rosaline Capulet in the 2017 period-drama TV series Still Star-Crossed, among other roles.

Lynch is set to join a star-studded cast alongside Daniel Craig in Bond 25, with the likes of the aforementioned Ralph Fiennes and Christoph Waltz also reprising their respective roles as M and supervillain Blofeld.

We’ve been starved of Bond films in the past few years, with Spectre being the most recent one – four years ago. With Bond 25 set to release sometime in April 2020, we can certainly expect to get to see the iconic character take on the license to kill, while passing on the torch to a new generation of super-spy fans. 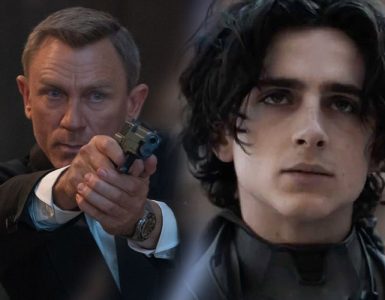