For most people, 7 November is just another day. But for Mass Effect fans, it’s N7 Day, which honours the franchise while referencing the iconic N7 designation for “top combatants” in the series.

In a blog post, BioWare (the studio behind Mass Effect) shared that the next game in the franchise is still in pre-production, and development “has been proceeding very well”. The post also detailed that the team has “been hard at work crafting new characters and locations that you’ll love, as well as revisiting many that you’ll remember”.

The studio additionally revealed a snazzy new piece of concept art which appears to depict a new Mass Relay — devices used by the series’ starships to quickly travel between different systems.

An animated version of the artwork was originally published to Twitter featuring some mysterious-sounding audio. Fans have since decoded the message, leading to BioWare sharing its own cleaned-up version.

The audio message features fan-favourite character Liara T’soni conversing with a geth, the race of robotic artificial intelligences. “I can see it… How did we miss this?” she says. “Exactly, the Council will be furious… although they should know by now not to underestimate human defiance.”

The next Mass Effect game is not the only big project in development at BioWare. The studio is also busy with Dragon Age: Dreadwolf, the upcoming sequel to the Dragon Age series, the fantasy counterpart to the sci-fi Mass Effect. 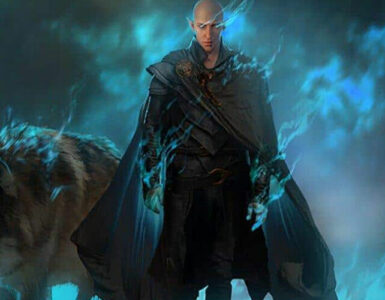