At its 2020 Apple Worldwide Developer Conference, Apple announced a whole string of updates to the iPhone, with the new iOS 14. Where last year’s iOS 13 was focused on privacy and speed, this year’s iOS 14 is mainly about customisation options with the introduction of widgets and an App Library.

With iOS 14, widgets can now be added to the home screen of your iPhone where it will sit alongside your apps. You can add widgets to your home screen from the Widget Gallery. Not only will you be able to customise the size of the widget, but a new feature called Smart Stack will also allow you to place multiple widgets together which you can swipe through like a stack of cards.

Aside from widgets, Apple is giving users more ways to help organise their home screen with the new App Library feature which automatically organises your apps into a number of big groups and lists. As part of the App Library, users will also be able to hide apps they don’t want people to see with a feature that looks a lot like Android’s app drawer.

Apple will also be adding picture-in-picture support for iOS Video, so users will be able to watch videos by the side, or even in the background when they are multitasking. This feature will also work with incoming calls and Facetime sessions, this way you will be able to easily multitask without the call taking up your entire screen.

Apple will also be launching a new App Clip feature which will give you access to a small snippet of the app without needing to install the full app from the App Store. Through this feature, users will be able to access a parking app through an NFC tag, or cafe’s reward programme. App Clip will support Sign In With Apple so users won’t need to make a new account for every snippet of an app, and also works with Apple Pay.

Siri also got a revamp for iOS 14, with Siri now appearing as just a small overlay on the bottom of your phone’s display instead of taking up the entire screen when activated. Siri will also be able to send audio messages and has improved translation support.

Apple will also be introducing CarKey, which allows users to unlock their cars wirelessly through the iPhone or Apple Watch. The first car to support CarKey will be the new 2021 BMW 5 series. To set up CarPlay, users only need to pair their devices with a suitable car, and unlocking the car only requires them to hold the device near the NFC receiver built into the car, then using Face ID or Touch ID to unlock the car.

Finally, Apple is redesigning its Maps app with new cycling routes and information on Electric Vehicles (EV) charging points to better serve cyclist and EV owners. Aside from that, they will also be bringing a whole range of new guides to places of interest for dining and shopping.

iOS 14 will be out in Fall 2020, with Apple having plans for a public beta sometime in July. The new iOS will work on iPhone 6S and newer devices. 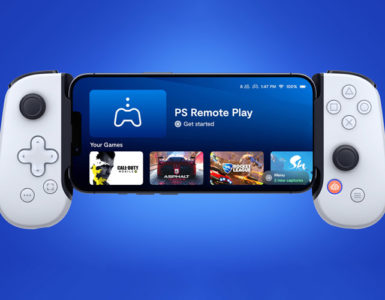