All the Easter Eggs in Guardians of the Galaxy Vol 2!

Major spoilers alert! If you have not had the opportunity to catch Guardians of the Galaxy Vol. 2, drop everything now and go. Watch it several times if you have to. Like us, you probably had a ball of a time enjoying the antics of Star-Lord, Gamora, Drax, Rocket Raccoon, and Baby Groot, and a few tender moments mourning the loss of Yondu (Hey, we warned you about spoilers). You also probably stayed throughout the credits, for the 5 post-credits scenes (even though 4 of them happened DURING the credits) like a true MCU fan, but what else did you miss?

Here’s a list of GotG Vol. 2  Easter Eggs to make sure you caught everything! 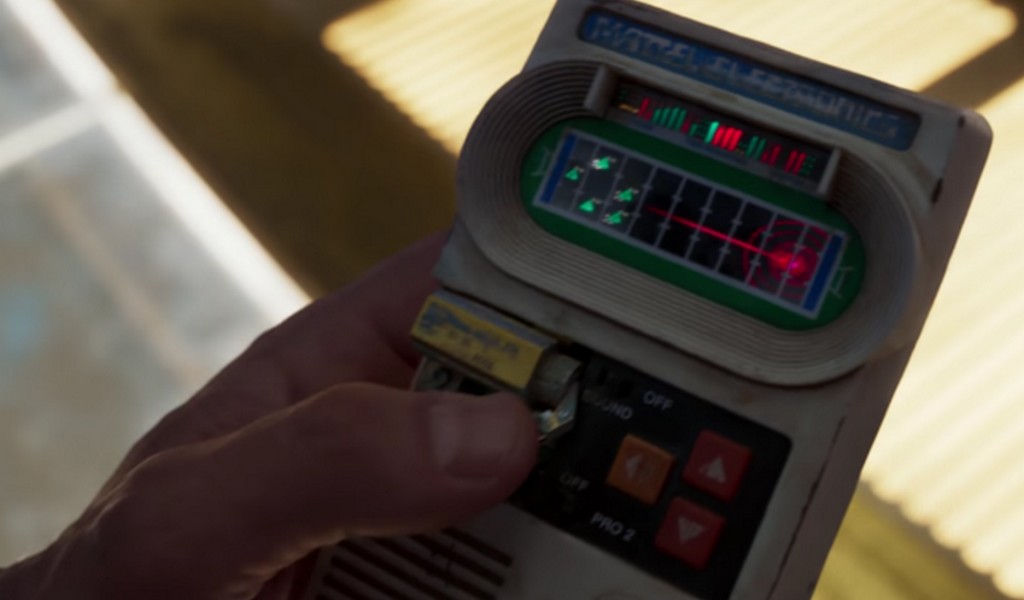 At the start of the first act, we see the Guardians preparing for the arrival of the Abilisk. To track its trajectory, Star-Lord is using a really peculiar tracking device. If you think it looks somewhat familiar, like a childhood toy, you would be right. It is a Mattel Electronics Classic Football game, with some space upgrades of course. Mattel used to produce figures for Marvel Comics, but Hasbro does them now. 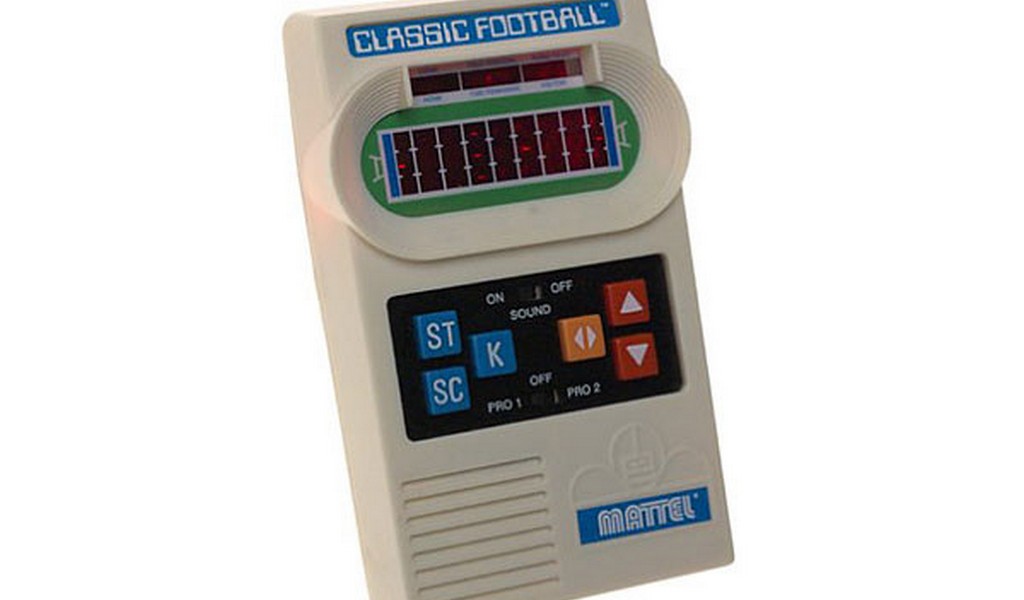 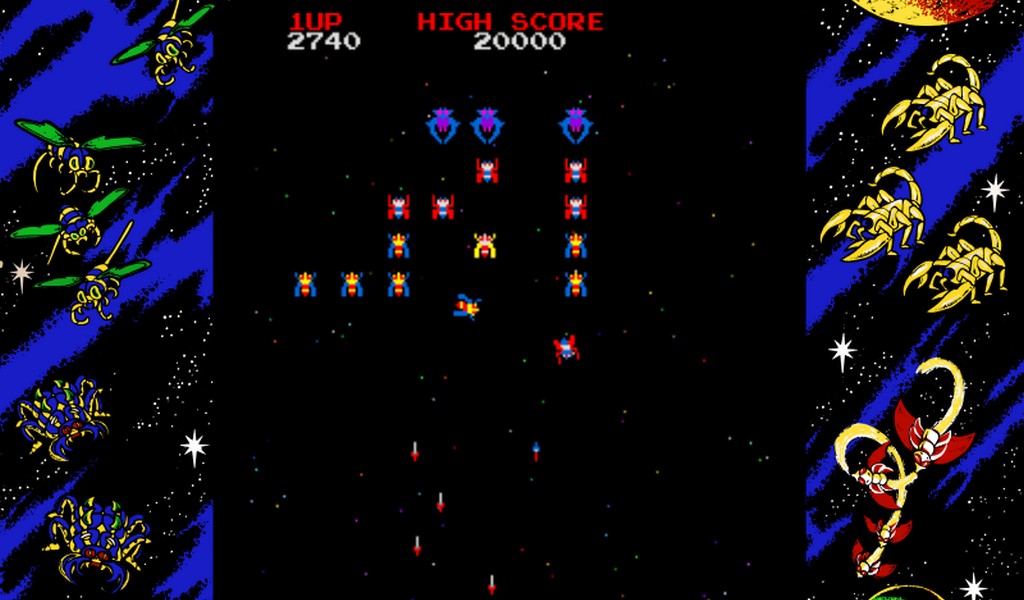 The Sovereign uses an army of drones to do their dirty work, and how apt that these space-faring “gamers” would choose to fly their drones like in the classic arcade title Galaga, in two lines and ready to be shot down. 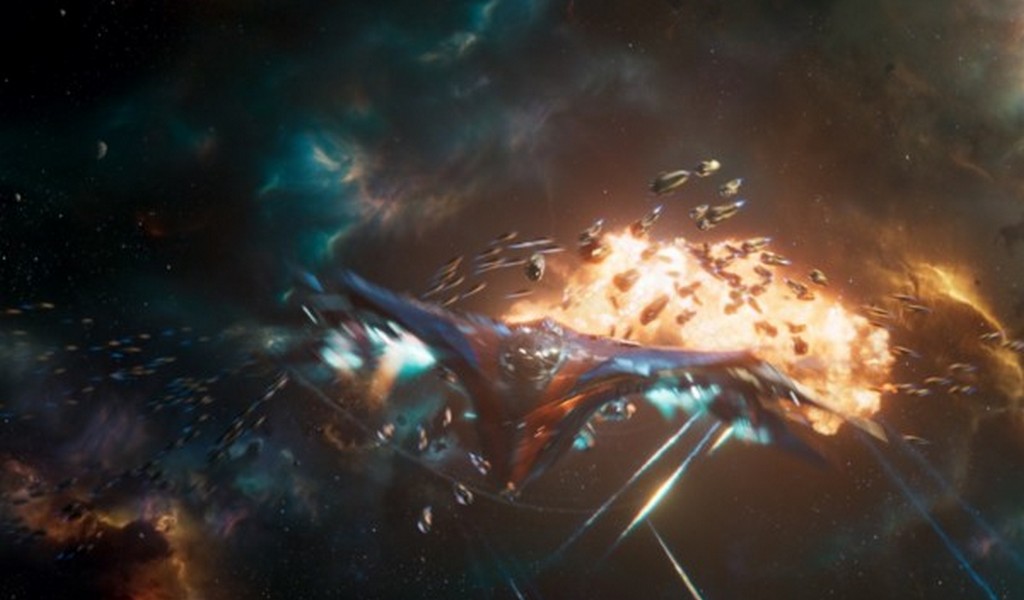 Wait, you don’t think it’s Galaga being referenced here? This is actually the second time that Galaga has made its way into the MCU. The first was in the original Avengers, when Tony Stark visited the Helicarrier, and called out a SHIELD agent for playing the game on the bridge. 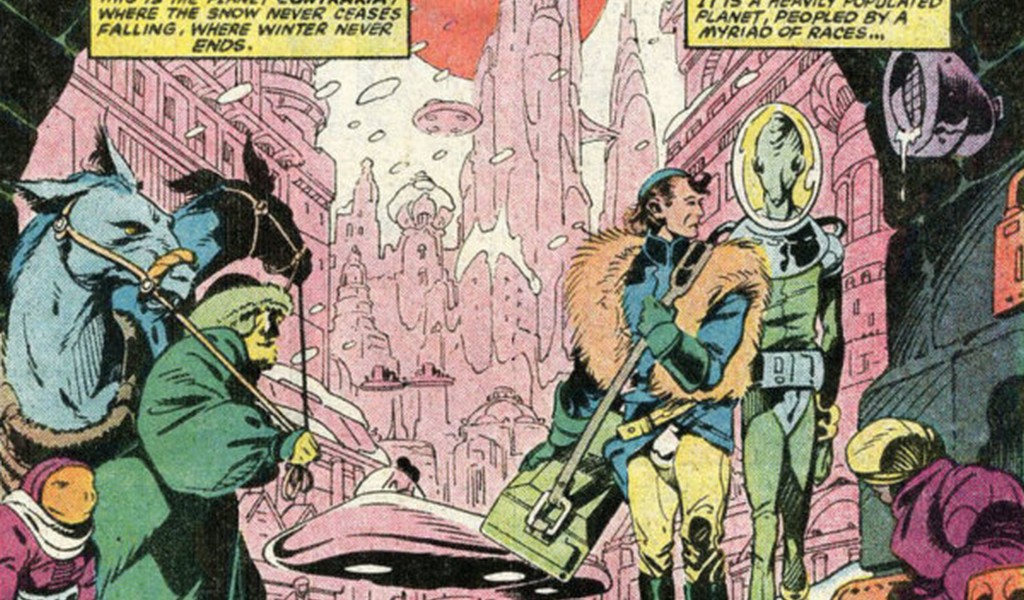 When we first catch a glimpse of the Ravagers and Yondu, it is on the snowy planet of Contraxia with its bevvy of sexy robots. It is also home to one-time Avenger and Marvel hero, Jack of Hearts. Contraxians are a people with two halves of different colours and are similar to humans. 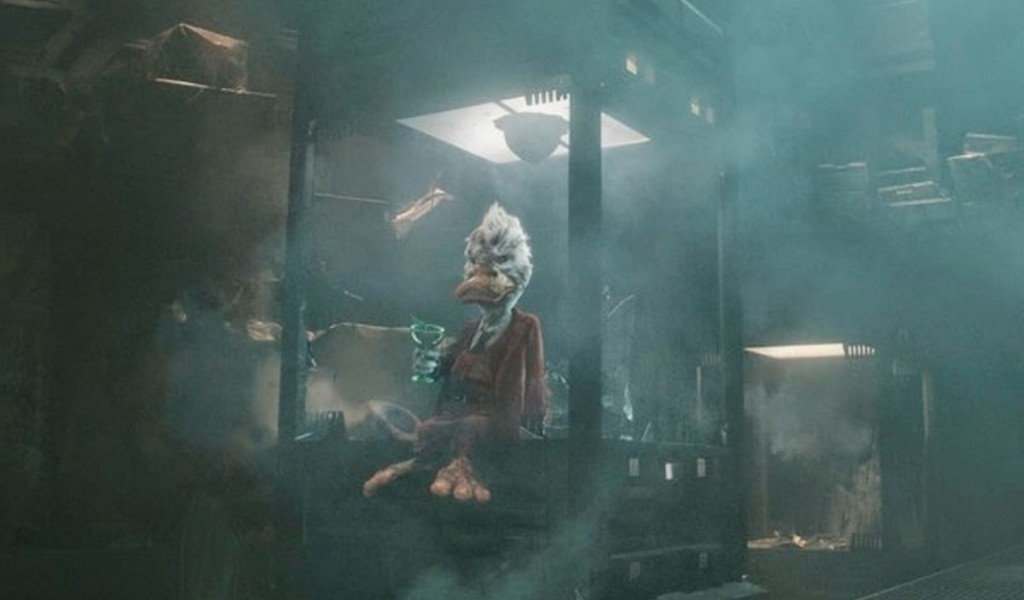 Appearing in Contraxia as well is Howard the Duck, fresh out of captivity from the Collector’s collection in the post credits scene from the first film. He appears to serve no purpose here, other than being a personal favourite of director James Gunn, but it is a nice throwback nonetheless. 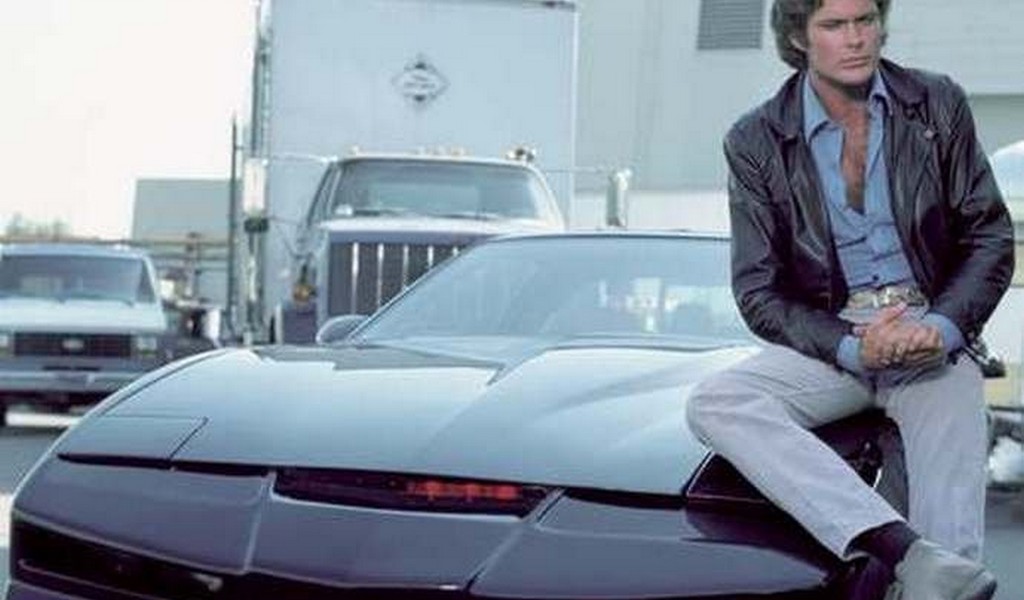 Peter Quill’s imaginary father figure was an important part of his childhood, the “father” that was always away with his talking car, another reference to an 80s staple, Knight Rider. He also makes an appearance as Ego argues with Quill, and at the end-credits. We say any movie can always make more use of The Hoff. 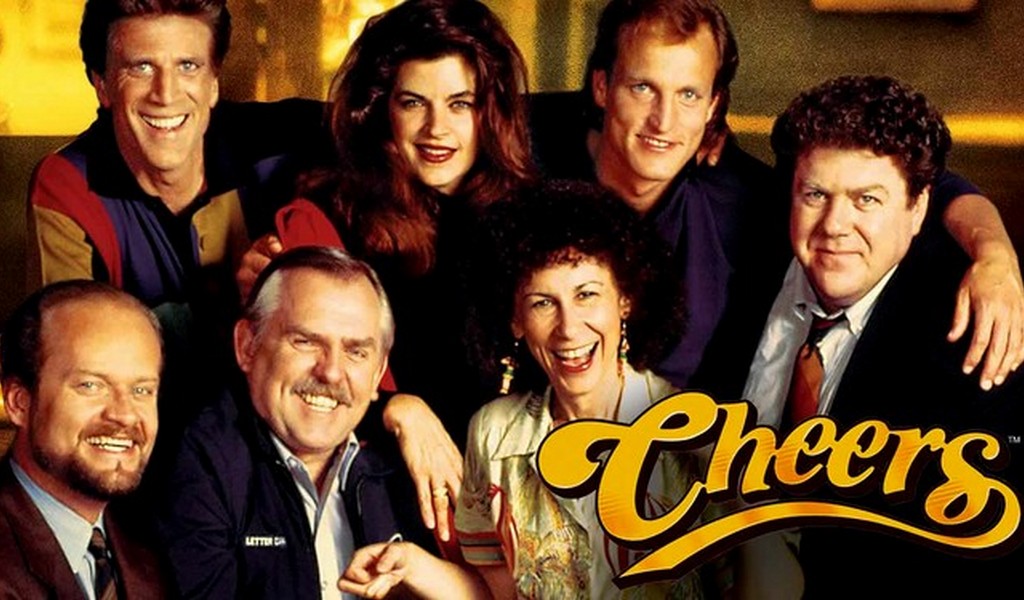 Another 80s reference, Star-Lord likens his relationship with Gamora to an unspoken romantic connection that is unresolved in case of ratings, much like in the TV show Cheers. In fact, Cheers had two of such relationships! Man, Peter really watched a lot of TV before his abduction. 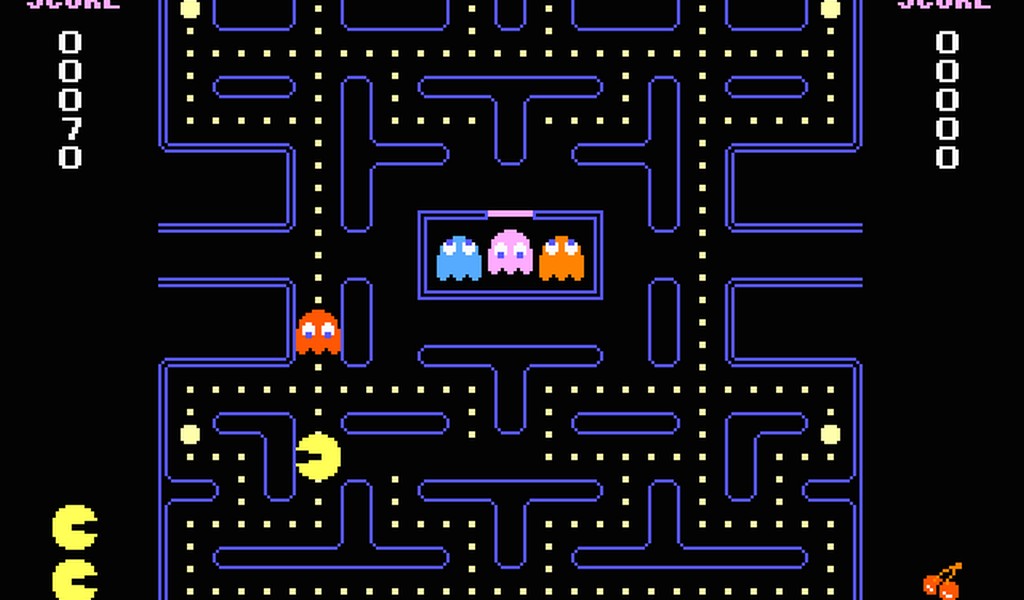 After Ego teaches Peter about his newfound powers to create literally anything, Star-Lord references a few things that obviously shaped who he is. Pac-man, Skeletor and a certain Heather Locklear, and lo and behold, we get to see Pac-man in all its glory in the final battle. Haha. take that Pixels!

During the same sequence, we get to see Peter’s eyes filled with the potential reach of his powers, and he whispers, “Eternity.” His eyes are conspicuously similar to the look of the personification of the being known as Eternity in the comics. 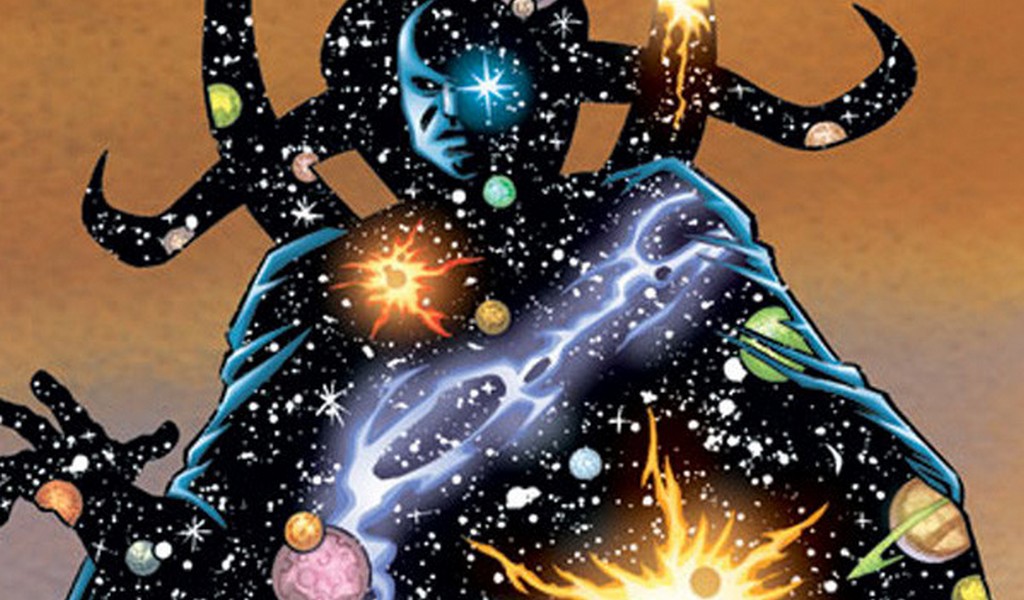 Star-Lord’s potential Celestial origins are not unfounded either, as in the comics he is the son of J’son of Spartax, and the grandson of Eson The Searcher, the Celestial that destroys a planet, last seen in the first Guardians movie. Stan Lee continues to appear in Marvel films, and this time, it seems to confirm something about his character. That is, it is the same Stan Lee character that appears in all of the movies based on Marvel Comics, and not just the MCU! 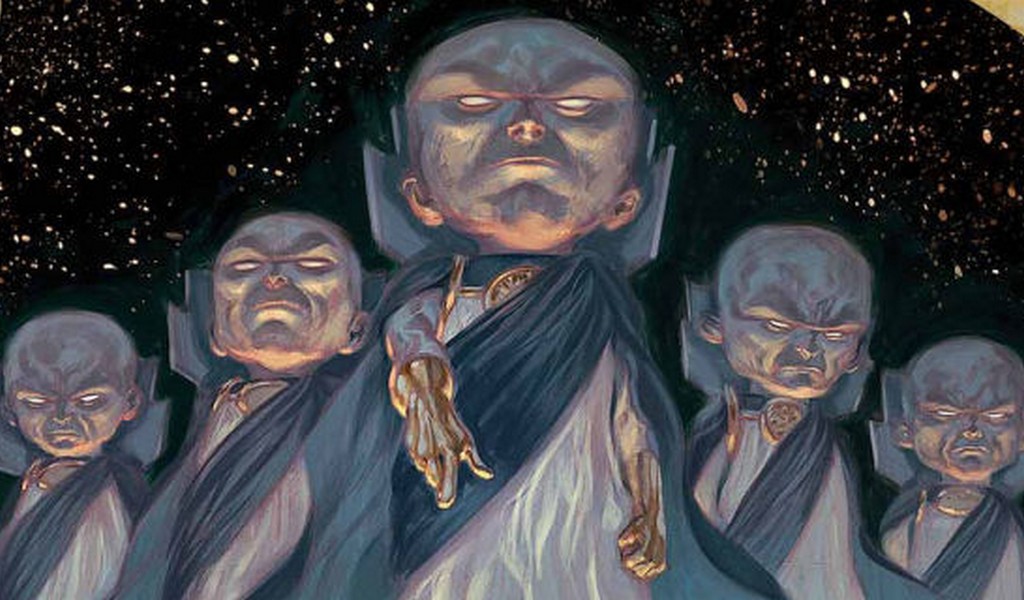 Lee references the time he was a delivery man (in Captain America: Civil War), as he speaks to an alien race known as the Watchers. These beings observe the Marvel universe and are supposed to not interfere (of course they do) in the affairs of the different worlds. Uatu is the Watcher most associate with our heroes’ story and while it seems to imply that Stan Lee might be Uatu, MCU head honcho Kevin Feige has stated that this reference is more of a nod to the fan theory of Stan Lee being Uatu.

Interestingly, as part of the many jumps that take Yondu, Rocket, and Groot toward Ego, we also catch a glimpse of Kronans battling, a race that will be seen in Thor: Ragnarok, specifically Korg, played by Taika Waititi. 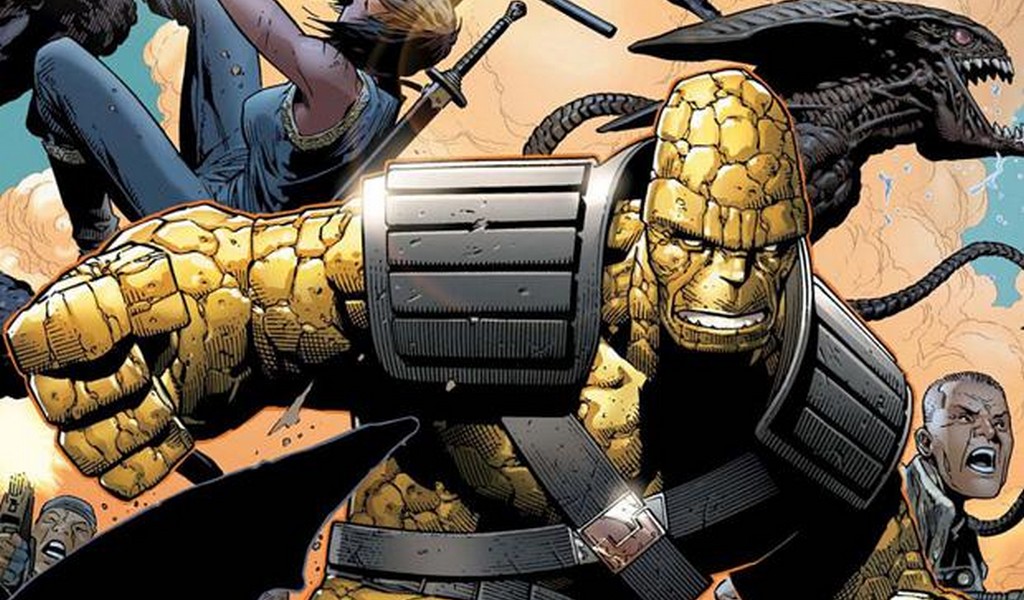 Many doubted it, many questioned it, but at the end, we finally got to see Ego’s true form as a living planet, complete with that big face of his. Hey 20th Century Fox, look! It is possible to show a gigantic space being as shown in the comics, and not as a space cloud! Also, the “Expansion” bears some resemblance to the storyline where The Stranger tries to destroy Ego, by absorbing him into a larger bio-verse called Super-Ego. Ego was saved by his fellow Celestials in the comics. 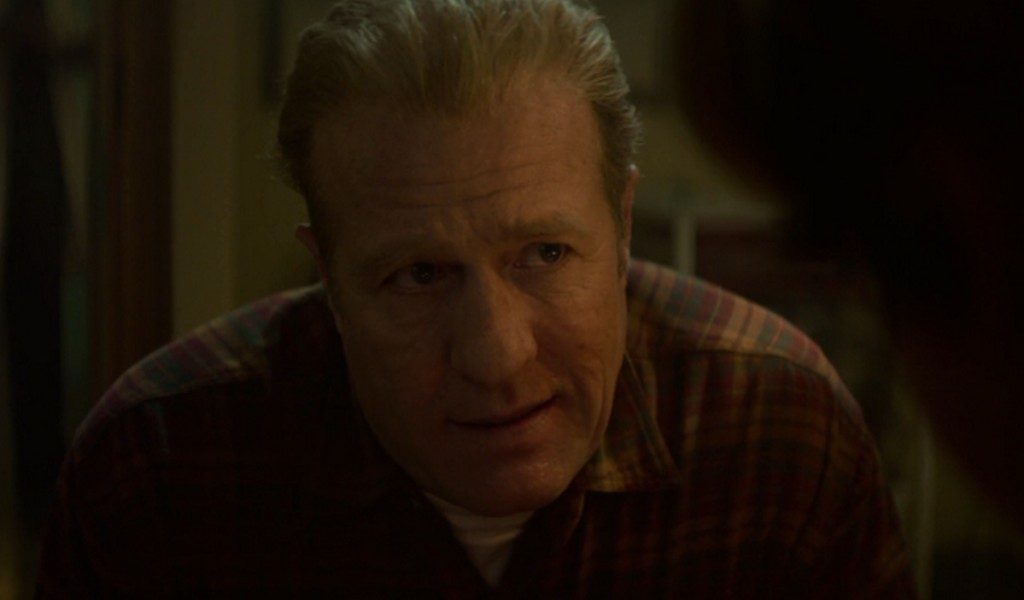 As Ego and Star-Lord battle it out, we see the blobs trying to envelop many worlds. In Missouri, we spot a car just narrowly escape being crushed by the blob. The man inside of the car is none other than Peter Quill’s grandfather (Gregg Henry). In the same scene, the old couple that is asking about the blob are Jim Gunn Sr. and Leotta Gunn, parents to director James Gunn and Sean Gunn, who plays Kraglin, Yondu’s second in command, as well as the on-set motion capture stand-in for Rocket Raccoon! 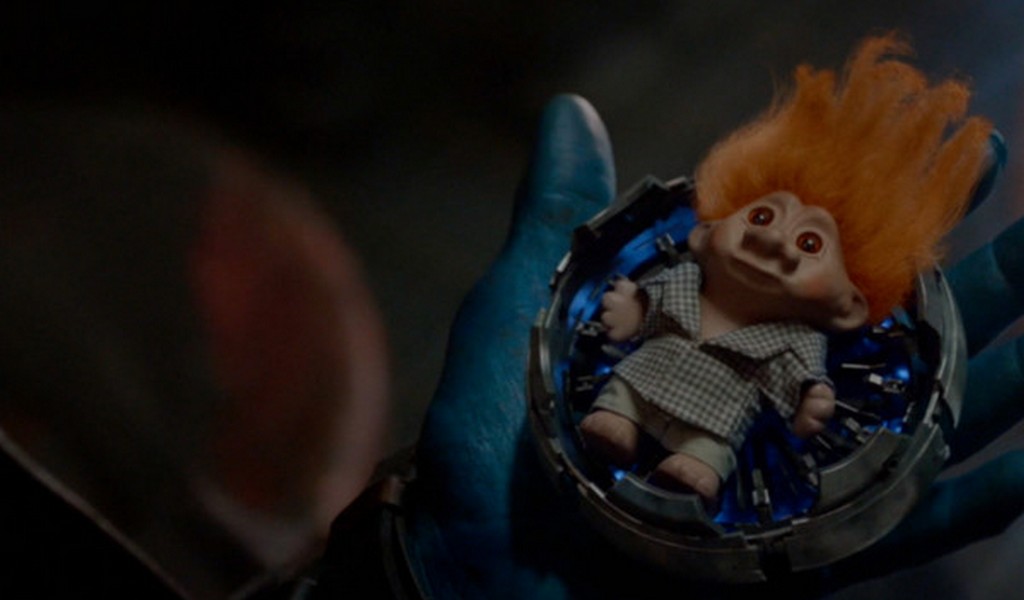 After Yondu’s heroic and tearful sacrifice, we finally see him get the funeral and sendoff he deserves. Surrounding his body are trinkets and tributes to the blue-fin hero, one of which was a Troll doll placed by Peter, a reference to the very same item he swapped for the Orb in the first movie. Now that his Sony Walkman is smashed to smithereens, how would Peter Quill enjoy more tunes? The Microsoft Zune of course, with 300 songs! Besides the fact that it is almost obsolete now, perhaps we will be getting an expansion of the set list that is more modern as compared to the nostalgic tunes we have been getting. 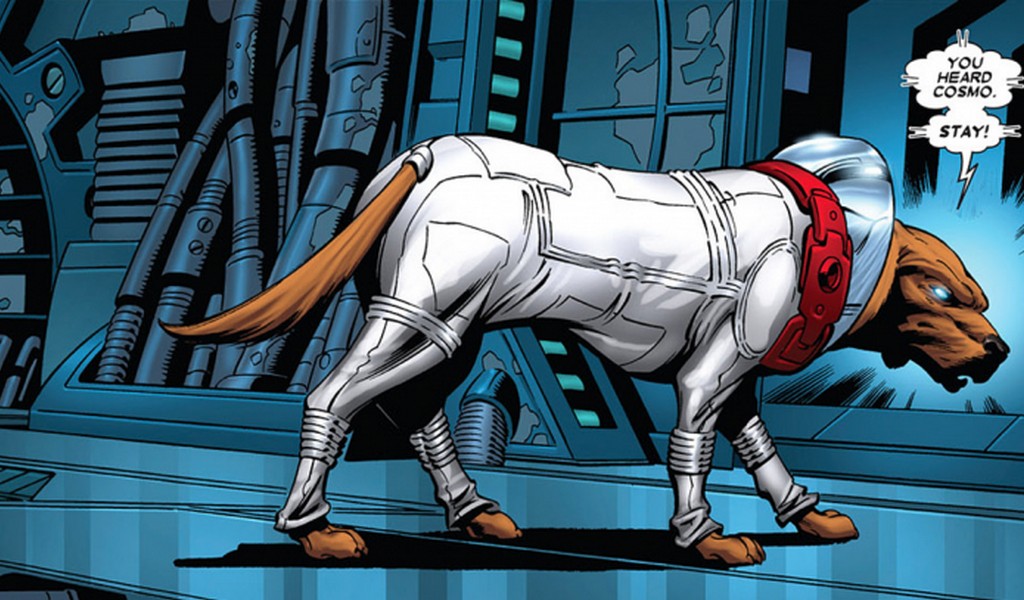 The dog cosmonaut is also out of the Collector’s collection (we hope) and makes an appearance in the end credits. 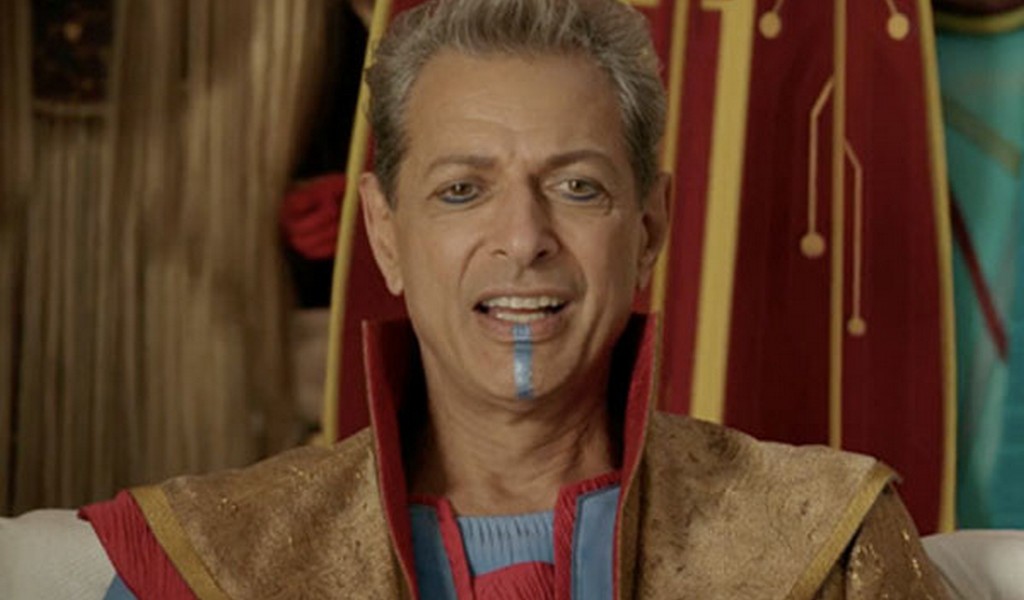 Jeff Goldblum also makes an appearance in the end credits, as his character, The Grandmaster, who will be making his debut in Thor: Ragnarok really soon. Yes, he’s also dancing. The only surviving Ravager of Yondu’s faction, Kraglin tries to master the Yaka arrow, and is unsuccessful at controlling the weapon, only to see it stab Drax. Kraglin could very well be part of the team now as he now calls Star-Lord captain.

Stakar, or StarHawk, played by one Sylvester Stallone, was part of the original, alternate future Guardians of the Galaxy team from the 31st century, with a certain blue-skinned guy with a fin on his head. In the comics, Stakar is also the son of Ayesha and another superhero Quasar. Stakar is joined by Martinex T’Naga, the crystalline figure often found standing beside Stakar in the movie. He is played by Michael Rosenbaum, of Lex Luthor fame from Smallville!

Ving Rhames plays Charlie-27 and Michelle Yeoh is Aleta, together with a voice cameo by Miley Cyrus as Mainframe. Together with the red-skinned and magic wielding alien Krugarr, they are the original Guardians 3000 team. We will probably see more of them come Vol. 3! 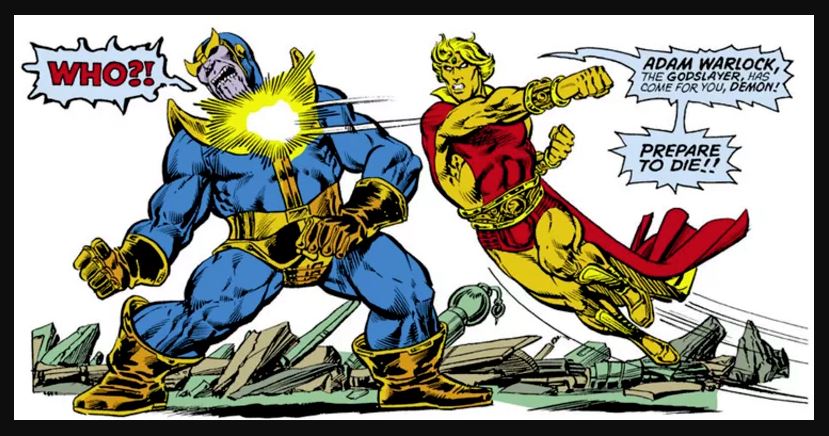 The Easter Egg that has us screaming with excitement, we see Ayesha and the Sovereign preparing for the eventual birth of Adam Warlock. The all-powerful Adam could very well oppose the Guardians and play a part in Infinity War, where he is a major player in the comic storyline. Both Adam Warlock (Him) and Ayesha (Her, Paragon, Kismet) were creations of The Enclave in attempts to create perfect humanoids, and this nicely ties up their connections. 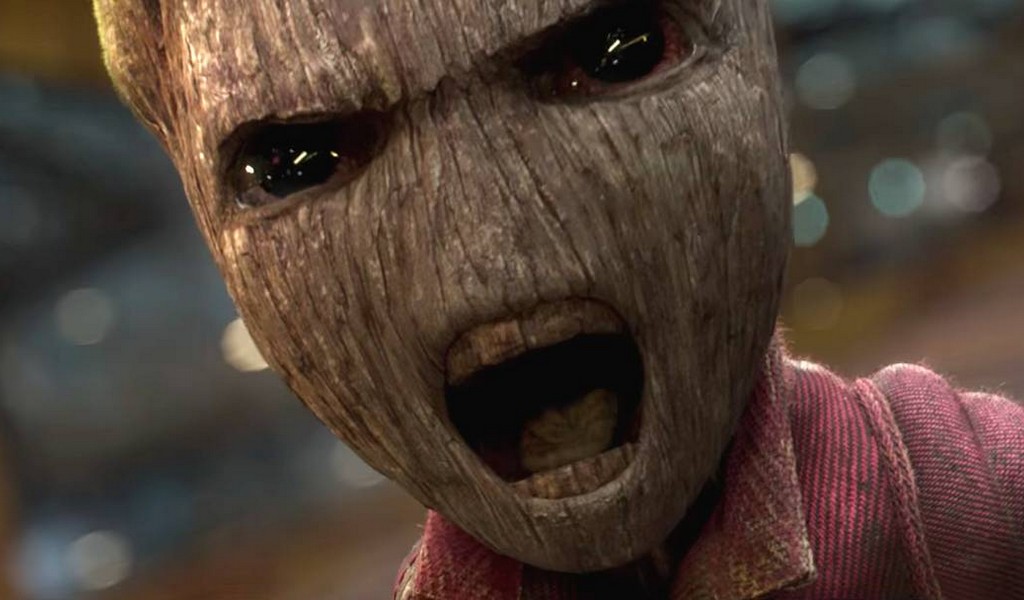 We know it would come, as surely Groot has to be all grown up by Infinity War. It remains hilarious nonetheless as we see a angst-filled teenage Groot getting nagged at by Star-Lord, and mocking the leader of the Guardians. We know that there will be a time jump by the time the Guardians appear in Avengers: Infinity War, so Groot will probably be back to his adult self there, and in the upcoming GotG Vol. 3. 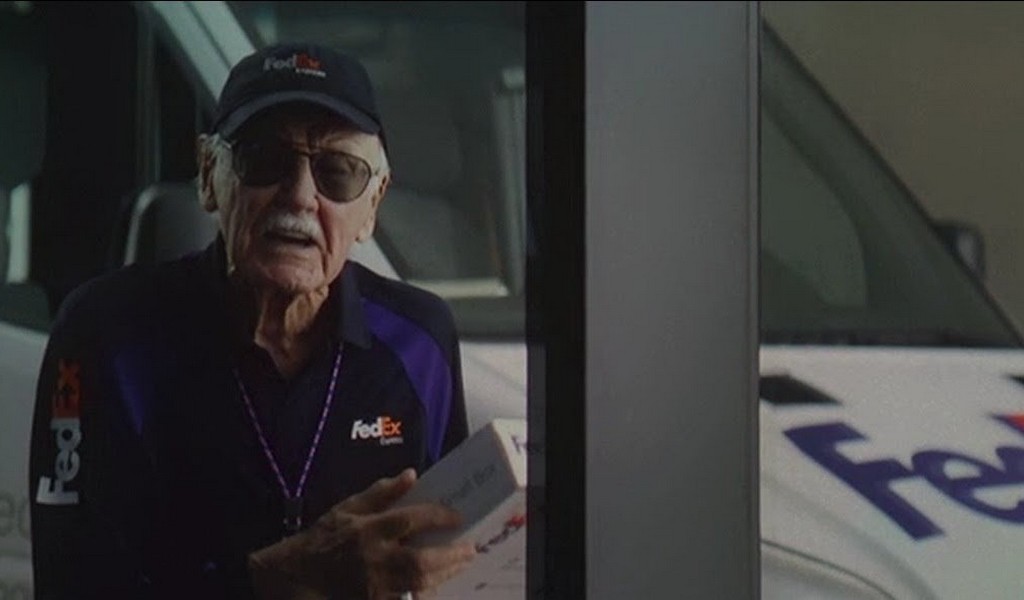 We get back to Stan Lee and the Watchers, who eventually tires of his stories and leave him stranded on the distant planet. Could this be the last we see of Stan the man? Or could find his way back to Earth, observing the MCU like he should and doing nothing? We shall wait and find out.

There you have it, all the Easter Eggs we managed to catch while watching the awesome Guardians of the Galaxy Vol 2, did we miss any? Let us know in the comments below!