Even with the biggest IP on the planet, the Pokémon Company’s Tokyo offices are simple and humble – in fact, one would say it’s quintessentially Japanese.

But that’s if you consider lining every walk available with as many Pokémon plushies as one would find at a Pokémon Center store.

Based in Tokyo’s Roppongi district, the office building is shared between the likes of Goldman Sachs and Google, which means the company – a joint venture between Nintendo, Game Freak and Creature – has pretty illustrious neighbours.

Having started the mainline series with Red and Blue on the Gameboy, this visit was nothing short of a dream come true. While the company has evolved a fair bit over the years, its core essence has remained the same, oozing the same kind of charm that continues to bring new fans into the fold.

The symbol of a Pokéball on the floor is what greets visitors as they step out of the lifts. It’s a nice touch and something we’ve seen with the current Disney offices in Singapore.

The journey down the memory lane starts from beyond the front doors, where the first 151 Pokémon are seen flanking both sides of the wall. Each of them is showcased and backed by a unique plate with motifs representing the respective critter.

One of the most distinctive collaborations that Pokémon has had in recent years is with artist Daniel Arsham, and it was a sight to behold to see his works being displayed.

The American artist has left his influence on many art pieces in the office and we were able to catch a glimpse of some of them. With the logotype prominently featured to all guests who stroll past these doors, it might come as no surprise if there’s someone in the office who particularly adores these works.

We’re sure this Mewtwo sculpture is by far one of the most sought-after pieces between Arsham and The Pokémon Company.

This Pokémon TCG Blastoise card, which would definitely be a hit with collectors, is perhaps its closest contender.

On that point, Pikachu is by far one of the most represented Pokémon in the office, and most of the displayed items themed after it here cannot be found in any part of the world.

But, without the remaining Pokémon roster, the whole empire might not be as successful and it’s down to how well the mainline games ultimately perform as a whole.

Being able to walk down the halls of The Pokémon Company Tokyo’s offices has certainly been a surreal experience that any fan would love to undergo. Yet, gaining to this place could be far more difficult than completing the Pokédex.

With the launch of Pokémon Scarlet and Violet finally hitting the streets, it’ll be interesting to see how many Pokémon fans will strive to visit these hallowed halls! 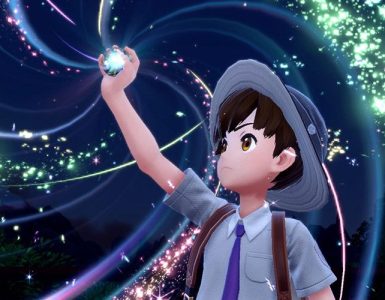