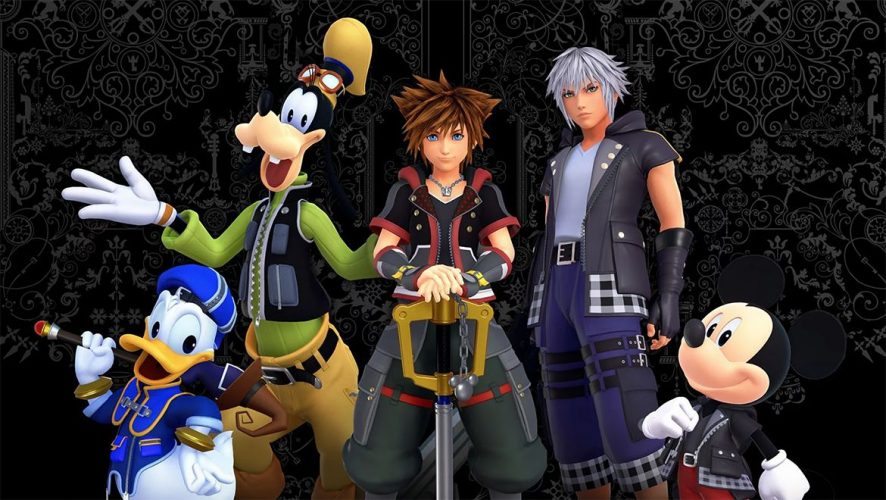 10 Fun Facts To Celebrate The Launch Of Kingdom Hearts III!

Good things come to those who wait, and for fans of the Kingdom Hearts series, waiting has been a measure of their loyalty to the franchise. After a long dry spell of 14 years, the journey of Sora and his peers is finally drawing to an end on January 29, 2019, as Kingdom Hearts III hits consoles.

It was time well-spent with the motley crew of colourful characters, most of whom have wormed their way into the hearts (heh) of long-time enthusiasts. In celebration of the Disney-Square Enix hybrid series, its legacy and the game’s impending launch, here are 10 interesting facts about the franchise, for veterans and newcomers alike. 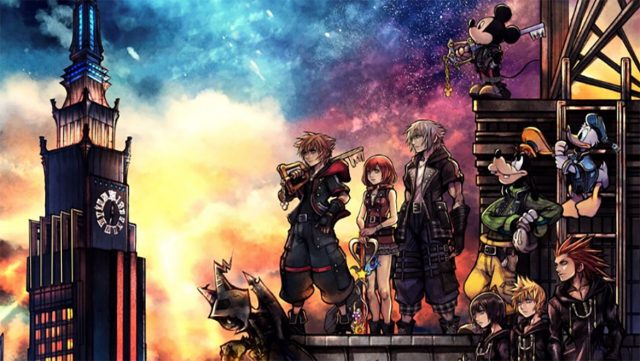 Names are misleading. Just like how Fallout:76 isn’t the 76th game of the post-apocalyptic series, Kingdom Hearts III is not the third game in the family – far from it, actually. Excluding remakes and remixes, KHIII stands in at a whopping 13th installment in the franchise, though it serves as the third game in the original trilogy.

Detailed spin-off narratives can be a double-edged sword, however. While extra content is always good for fans, the cesspool of information may be too overwhelming, convoluted and complicated for newer players to follow, which is often the case for Kingdom Hearts.

The team has swopped in with aid, combining all of the games into two neat collections titled Kingdom Hearts 1.5 + 2.5 Remix and Kingdom Hearts HD 2.8 Final Chapter Prologue on the PlayStation Store. Fans in the US are also blessed with another option in tow: a massive nine-game compilation in the form of Kingdom Hearts – The Story So Far.

Talk about envious! Hey Japan, we want it as well! Here’s a handy infographic that gives a comprehensive history of Kingdom Hearts, dating back to when it all began.

2. Visit Arendelle and travel to Infinity and Beyond in Kingdom Hearts III 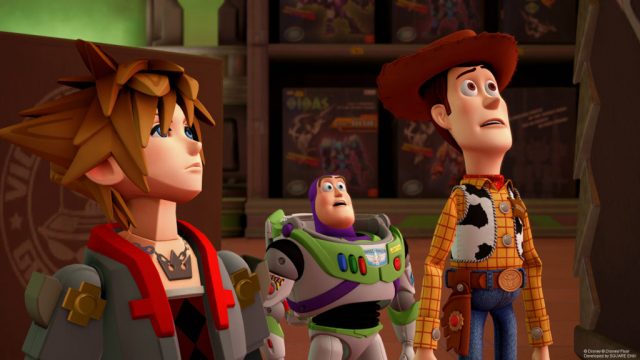 A 14-year hiatus is bound to spark feelings of nostalgia within fans, and there will be pieces of memory in the game that serve as a nod to the good ol’ childhood days. The worlds of Toy Story and Frozen are two such examples, and individuals can look forward to revisiting other oh-so-familiar locations from a time long past.

3. Kingdom Hearts was conceived because Square Enix and Disney’s gaming team were neighbours in Tokyo 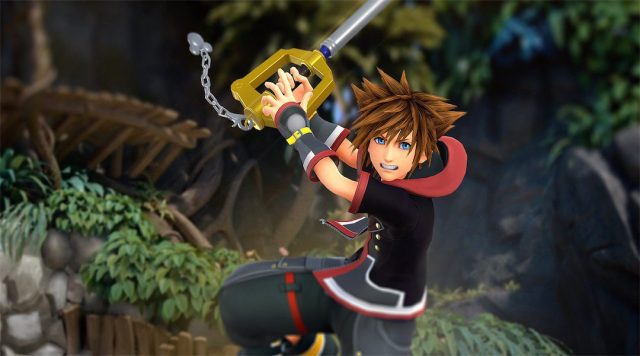 During a panel for D23 Disney fan club convention in 2017, game director Tetsuya Nomura had a surprising reveal about the birth of Kingdom Hearts. “The Square Enix Japan office happened to be in the same building where Disney’s gaming division was,” he shared.

“It just so happened that our executive producer, Mr Shinji Hasimoto, and a Disney executive rode the elevator together.”

“They would have conversations saying, ‘Wouldn’t it be nice for us to do something collaborative?’ So rather than having either Square or Disney approach the other with a formal business plan, it was all down to being in the same building!”

The rest, as the saying goes, is history. From idle elevator talk to reality, the series sure has come a long, long way – both literally and metaphorically. 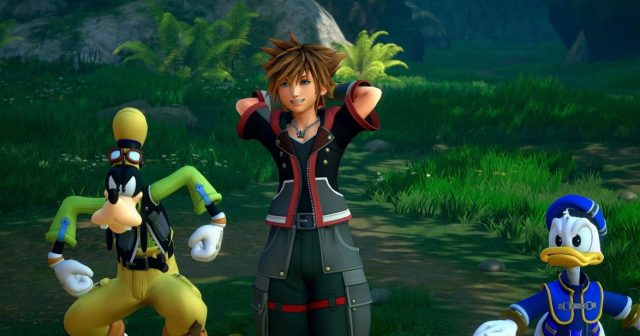 It’s star power galore in the Kingdom Hearts series, with famous personalities giving a voice to our favourite characters, and the Disney ones featuring their original voice talents. Where Sora continues to be voiced by The Sixth Sense actor Haley Joel Osment, Donald and Goofy are played by Disney veterans Tony Anselmo and Bill Farmer. 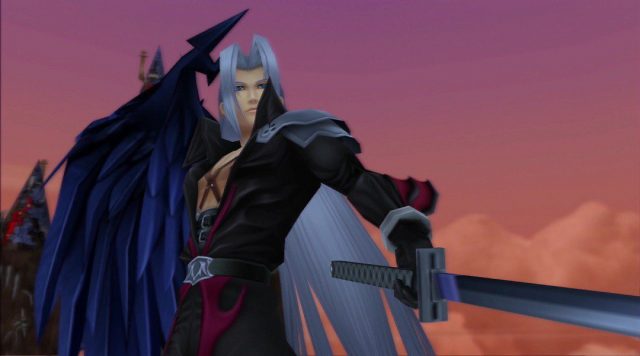 Other notable performances throughout the series include Sephiroth, whose role was assumed by Lance Bass of the NSYNC fame back in the first instalment; Hercules, who was voiced by The Lord of the Ring‘s Samwise Gangee (Sean Astin); Leonard Nimoy’s Master Xehanort (LLAP), and Christopher Lee as his Heartless, Ansem. A star-studded cast, truly!

Utada Hikaru may not be hosting a live performance anytime soon, but fans seeking a more immersive experience can turn to their PlayStation VR sets. Through the lens of a 4K stereo and 3D crane camera, the main singer for the series comes decked out in all her 3D glory, as she belts out the theme songs of Kingdom Hearts III, “Hikari” and “Chikai”. Ah, the wonders of VR technology.

6. Vivi and the Moogles were almost left out of Kingdom Hearts 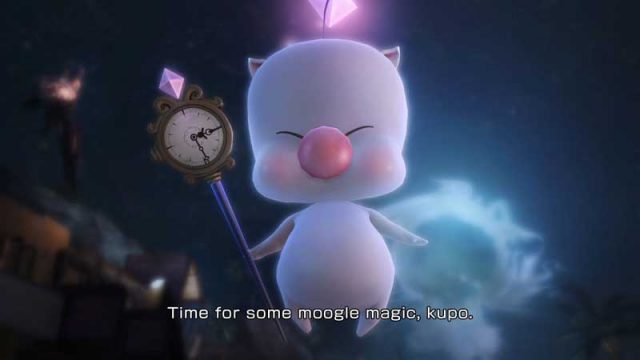 There are over a dozen Final Fantasy characters residing in the world of Kingdom Hearts, all of whom are created by series artist, designer, and director Tetsuya Nomura…except Final Fantasy XI‘s Vivi, now a member of Seifer’s gang.

Against his original intention of including his own character designs, the man later succumbed to pressure from his staff to bring Vivi and the Moogles into the family. Kupo!

Roxas and Sora. Axel and Lea. Lexaeus and Aeleus. The naming system behind the members of series antagonist Organisation XIII is all in the name of cheeky fun. Each of the original members has a name that’s an anagram of their original before becoming a Nobody, with the addition of the letter ‘X’ – now, look at the above names again. 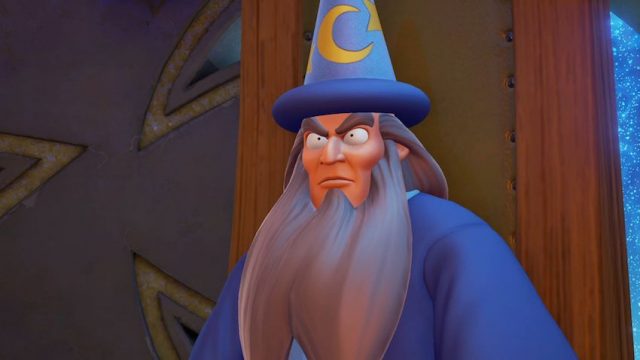 This play on words carry over to the likes of Master Eraqus and Yen Sid: ‘Eraqus’ spells out ‘Square’ when rearranged, while the latter is ‘Disney’ backward. 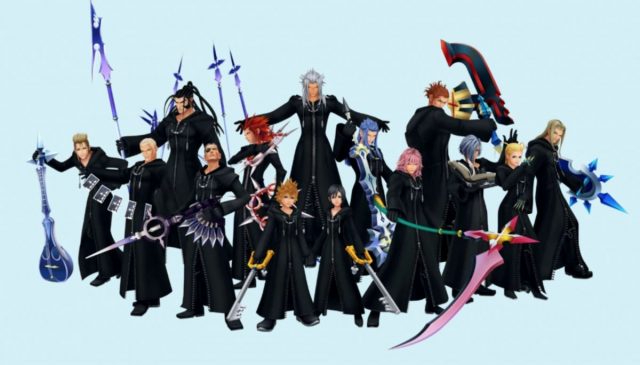 13 is an unlucky number in some cultures, but its presence in the franchise is an interesting affair. Apart from the obvious reference that is Organisation XIII, both Kingdom Hearts I and II feature a total of 13 worlds each, with the series name itself interestingly made up of 13 letters as well. Observations from eagle-eyed fans have also gathered that original characters Sora, Riku, and Kairi have 13 letters combined in their names. 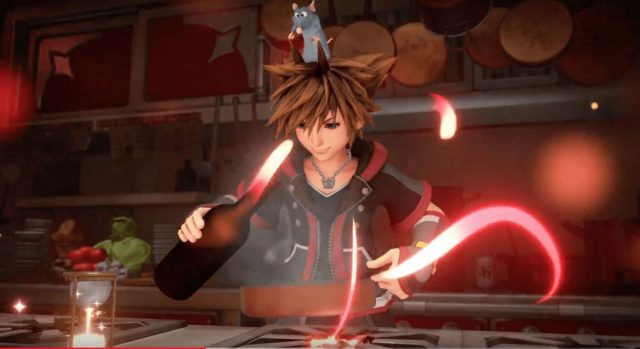 Impossible concepts make for intriguing narrative material, and Ratatouille tastefully (ha) delivered an unlikely tale about a rodent’s love for cooking. The adorable Remy managed to win the hearts of audiences back in 2007, and looks set to do so again in Kingdom Hearts III, where players can put their culinary prowess to the test in a Ratatouille-themed minigame.

As an added bonus, there’s even a Frying Pan Keyblade waiting to be unlocked, which makes for a nice little touch.

10. So long, farewell, Tarzan is no more 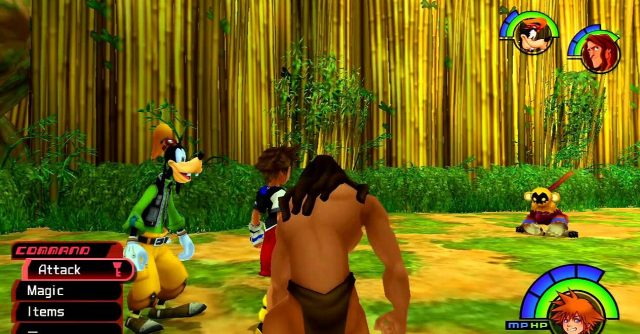 Back in Kingdom Hearts I, Deep Jungle made an in-game appearance, of which its Final Mix form is based on the 1999 Disney film Tarzan. It never surfaced again in any game since, because the team was unable to obtain the rights for Kingdom Hearts II and beyond, as the lord of the jungle now lies in the hands of the Edgar Rice Burroughs’ estate.

The Kingdom Hearts franchise has grown to become a perpetual fan favourite over the years, and it will always remain dear in the hearts of many. Even as the adventures of our beloved characters draw to an end, the games only serve to leave an indelible mark, shaping up a legacy that consists of the above 10 facts – and a lot more. Definitely a lot more.

Now, enjoy some “Dearly Beloved” from the game’s start menu:

Who knew a game's start menu could give you goosebumps. Be sure to turn up your audio️?️? #KH3

It's time to reassemble. 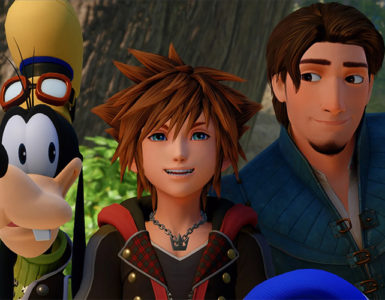