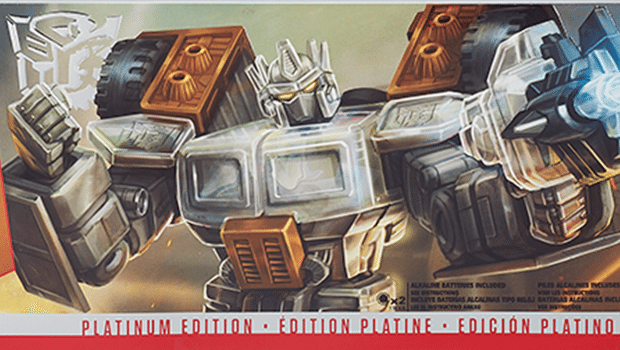 Nothing that Chinese kids are generally flush with cash during Chinese New Year, Hasbro has worked out a release schedule that capitalizes on this fact. In the third year running, we will be seeing not one but two bot releases for the Year of the Goat in the form of a platinum edition Optimus Prime and Soundwave.

I think both bots looks equally sweet but my vote goes to Soundwave because he comes with all the Decepticon Mini Cassettes save for Ratbat and from the box size I’ve seen in store he might be of Masterpiece height as well.

As for Optimus, he’s actually a redeco of Laser Optimus and being more of a G1 fan I’d pass on this. But hey, different strokes for different folks.

Which would you prefer? Right now Optimus would be going for S$179.90 and Soundwave for S$219.90. If you’re into either, I’d suggest to head to the stores right now and grab one before the scalpers do!