Earlier this week, there was a Batman board game based on the iconic animated series. Joining the Caped Crusader at the tabletop is the iconic Amazonian herself, Wonder Woman, in her very own board game, coming soon.

Wonder Woman: Challenge of the Amazons is a cooperative strategy game by Ravensburger and officially licensed by DC Comics. It supports 2 to 5 players, and involves banding together as Diana Prince and her fellow Amazonians to defend Themyscira against invaders.

Each game takes roughly 45 minutes, and involves moving one of five beautifully-sculpted Amazonians around the board, including Wonder Woman herself, gathering Relics and power to take on more foes.

There are three iconic villains in the game, namely Ares, Circe, and The Cheetah, and each comes with their own unique strategy and mechanic, diversifying the challenge and thus adding a lot of replay value. Sounds a lot like Marvel United, huh?

Anyway, Wonder Woman: Challenge of the Amazons is the perfect way to build up your excitement for the upcoming release of Wonder Woman 1984 in theatres this summer.

Challenge of the Amazons releases on 1 March 2020, with pre-orders available now on – aptly enough – Amazon, retailing for US$34.99. 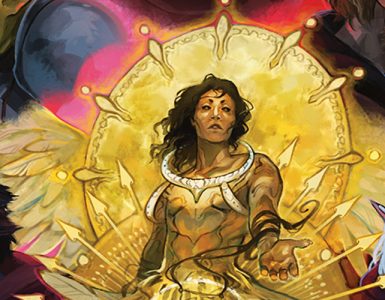