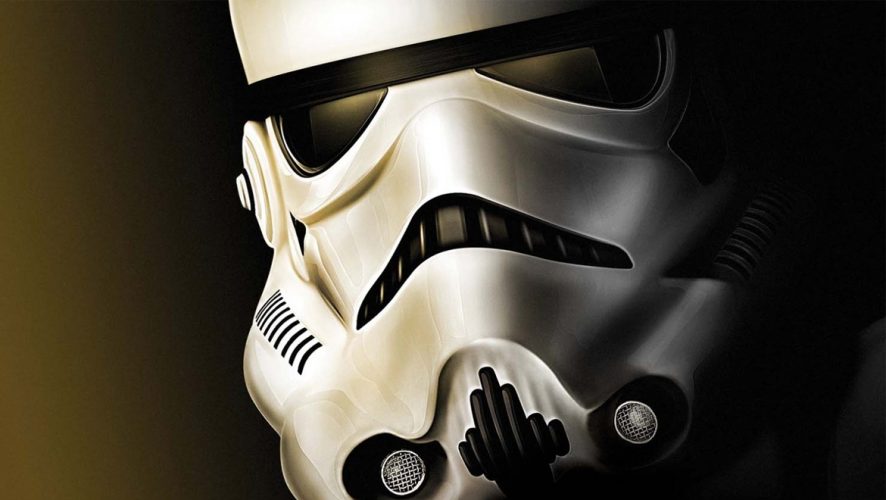 The Disney/Lucasfilm double-dipping division is coming out in full Force. With several months left to the release of Star Wars Episode VII: The Force Awakens, parent company Disney, together with Lucasfilm and 20th Century Fox (who owns the home video distribution rights to Star Wars Episode IV: A New Hope for all eternity), are re-releasing the entire Star Wars Saga on new blu-ray discs, complete with a new packaging for each of the 6 films.

For those who don’t have the original Star Wars saga on blu-ray, you can pick up Darth Maul for The Phantom Menace, Yoda for Attack of the Clones, General Grievous for Revenge of the Sith, Darth Vader for A New Hope, an Imperial stormtrooper for The Empire Strikes Back, and Emperor Palpatine for Return of the Jedi.

These individually packaged steelbook titles will be available for pre-order on August 7, and will go on sale for a limited time on November 10.

Otherwise, you can pick up the complete Star Wars: The Complete Saga which will also be released in newly-repackaged artwork on October 13.

I’m sorry Disney/Lucasfilm, but this is not what any Star Wars fan wants, because all good Star Wars fans already own the original blu-ray release, which is still on sale on Amazon, from a few years ago.

No, enough of this double-dipping nonsense because when that set came out then, we were also told that it would be available as a limited edition, while stocks last.

Naturally, Disney wants to make money here, and are simply using the same source material for this release. Each movie in this new set features existing audio commentary with George Lucas and the film crew, as well as audio commentary from archival interviews with the cast and crew.

First of all, why is Yoda the only good guy who gets a steelbook release? Where’s Han, Leia and Luke? What about Obi-Wan (Ewan or Alec, it doesn’t matter.) Why aren’t our heroes getting the love that they deserve? C-3PO and R2-D2 are the only characters who will be in all SEVEN Star Wars movies – don’t treat them like useless droids!

AND WHERE’S THE BLU-RAY FOR THE ORIGINAL, NON SPECIAL EDITION TRILOGY?

You know what I’m talking about. The one where Han shot first. The one where Luke doesn’t scream like a little bitch when he falls away from his father in Bespin. He made the choice to jump dammit! The one with Jason Wingreen’s original dialogue as Boba Fett. The one where we see Sebastian Shaw as the spirit of Anakin Skywalker, and not Hayden Christensen.

That’s the one I have been waiting for, and that’s the only Star Wars blu-ray on my Christmas list this year, and every year from now on.

I will forgo any new commentary with George Lucas. We’ve already heard enough from him about his creations. It’s time to move on.

I want to hear Mark Hamil from the new trilogy talk about the work he did in the original, non Special Edition trilogy. I would like to hear Harrison Ford revisit his most iconic role in the original trilogy. And of course, who doesn’t want to hear more from Carrie Fisher?

I have no doubt that Disney will make that happen. Or that come 2027 or something, there will be a grand Star Wars Episode I to IX Complete Saga 4K Home Video Release, that might also include all the upcoming Anthology films.

I’ll wait until then. Patience you must have, my young padawan.