The Vocaloid community is no stranger to dark, psychological themes present in the music videos they watch, from Dark Woods Circus which tells the story of the titular freak show which is populated by various characters such as cannibals and a crazed little girl, to The Evil Series which delves into the seven deadly sins.

This time, Vocaloid composer DECO*27 (Ai Kotoba, Tsumi to Batsu) is releasing a new anime music series, titled Milgram, that fans of such Vocaloid songs will definitely be interested in.

Made in partnership with the game director of The Caligula Effect Takuya Yamanaka, Milgram is titled after the famous social psychology experiment by Stanley Milgram, whereby participants were measured on their willingness to obey a figure of authority who asked them to perform certain tasks, despite said tasks being in conflict with their personal conscience.

For DECO*27’s Milgram, viewers take on the role of judge and jury, who are tasked with determining whether various killers are worthy of being forgiven for their crimes or not. Each killer will star in their own music video, with their stories revealed through the lyrics and video of the song.

An introductory video to Milgram was released, with a rabbit by the name of Jackalope voiced by Fukuyama Jun (Lelouch from Code Geass) explaining the premise of the project to viewers, who will be taking on the role of prison guards.

According to Jackalope, there will be three rounds of judging, with the fates of the characters changing after every round. Jackalope didn’t reveal what will happen to the characters after the third round of voting, only telling viewers that there is nothing to worry about.

“You don’t have to worry about those things. You’re a prison guard and they are the prisoners. That’s all you need to know.”

The very first music video “trial” has been released, featuring inmate #1 Haruka. The music video depicts his pained love for a girl followed by his descent into madness.

After watching the music video, viewers can then make a judgement on Haruka on the official Milgram website. After voting, you will be able to follow the results of the votes and see what the popular opinion is.

The full list of characters for Milgram and their respective voice actors are as follows (via QooApp): 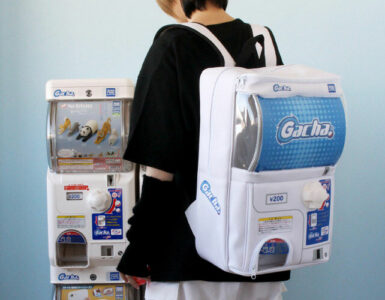