Dogs are men’s best friend, yet how far would you go to save your furry friend’s life? An eight-year-old boy from Southwest Virginia has certainly set the bar high on this one.

A diehard Pokémon fan, Bryson Kliemann had taken matters into his own hands after discovering that his puppy, Bruce, was diagnosed with Parvo, a highly contagious dog virus. Knowing his family wouldn’t be able to afford the treatment that Bruce would have to undergo, the boy decided to sell his own Pokémon Card Collection, proving his undying love for his beloved pet.

Bryson’s sacrifice for Bruce did not go unnoticed, even attracting national attention after a picture of him with a signboard that says “Pokemon 4 Sale” was posted online. Not long after, his mom decided to open a GoFundMe account with the goal of US$800 that would go towards their puppy’s vet expenses.

However, with the overwhelming support of the public around the world, the fundraiser has exceeded US$5000. The family decided to make use of the additional money to help pay for Bruce’s future vaccinations as well as other sick dogs in the community.

Not only did Bryson’s kind and the sacrificial act garner public attention, it also caught the attention of Pokémon employees based in Washington. They have specifically sent the Pokémon fanatic a package of rare Pokémon cards that are hard to find in stores and an appreciation letter that read: “Hey Bryson, we were so inspired by your story about selling your cards for your dog’s recovery, these are some cards to help you replace the ones you had to sell.”

Bryson has since then been reunited with Bruce and is now healthier than ever as reported by WCYB. 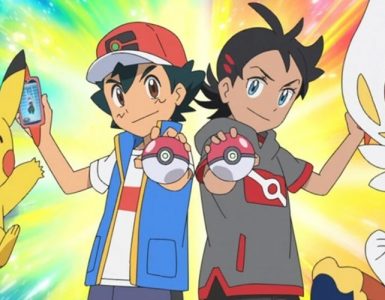