Not everyone can get a second chance after an unsuccessful first attempt at doing something big, but fortunately for the world, The Hargreeves will be returning as humanity’s saviour in the second season of The Umbrella Academy.

Netflix’s latest trailer for the upcoming series gives a peek of what’s to come, promising more dark humour, family (mis)adventures, pumping soundtracks, and surprise, a new time period. Following the events of the Season One finale, the cast will now find themselves in 1960s Dallas with spiffy hairstyles, villainous encounters, and of course, an apocalypse. In other words, it’s business as usual.

Several new faces are also strapping in for a ride this time. Accompanying Number 1 to 7 are non-comic book characters Lila (Ritu Arya), Raymond (Yusuf Gatewood), and Sissy (Marin Ireland), as well as three Swedish assassins played by Tom Sinclair, Kris-Holden Ried, and Jason Bryden on the side of the baddies. A more detailed synopsis of the second season may be found below –

Five warned his family (so, so many times) that using his powers to escape from Vanya’s 2019 apocalypse was risky. Well, he was right – the time jump scatters the siblings in time in and around Dallas, Texas. Over a three year period. Starting in 1960. Some, having been stuck in the past for years, have built lives and moved on, certain they’re the only ones who survived. Five is the last to land, smack dab in the middle of a nuclear doomsday, which – spoiler alert! – turns out is a result of the group’s disruption of the timeline (déjà vu, anyone?). Now the Umbrella Academy must find a way to reunite, figure out what caused doomsday, put a stop to it, and return to the present timeline to stop that other apocalypse. All while being hunted by a trio of ruthless Swedish assassins. But seriously, no pressure or anything.

Umbrella Academy Season Two is dropping hot on 31 July 2020 on Netflix, which means you won’t have to wait too long to see what all the new roles have their sleeves. Something big, we reckon. 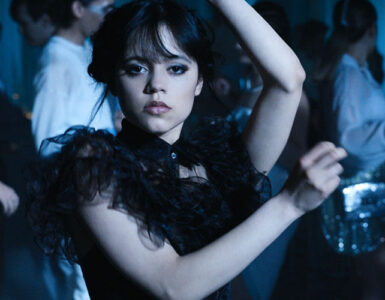