Which came first? The heroic Autobots and the villainous Decepticons, or the majestic Maximals and evil Predacons? Well, how about reshaping what you know about the Transformer as machines that turn into everyday vehicles and objects, to robots disguised as animals?

Transformers: Rise of the Beasts, the seventh in Paramount’s mega Transformers movie franchise, based on the Hasbro toy line of robots that can transform into unassuming vehicles and objects, has dropped the first teaser trailer for the film, which introduces the Maximal leader, Optimus Primal, from a race of Transformers who turn into animals.

Directed by Steven Caple Jr. (Creed II) and starring Anthony Ramos (In the Heights), and Dominique Fishback (The Deuce), the film is the first of a proposed movie trilogy that introduces more species of sentient robots from the planet Cybertron. It also stars former Saturday Night Live talent Pete Davidson (Meet Cute) as the voice of Mirage, and genre queen Michelle Yeoh (Everything Everywhere All at Once) as the voice of Airazor.

For fans of the long-running animated/toy franchise, the Maximals and Predacons are actually the descendants of the Autobots and Decepticons respectively, and while they did transform into animals instead of inanimate objects, they were also much smaller in size than their predecessors.

The teaser doesn’t refer to the Predacons, or the Terracons, both which are slated to appear in this sequel.

That said, they are also not the first animal form robots in the Transformers universe, as the original Autobots had the Dinobots who turned into dinosaurs, and Sky Lynx, who turns into a lynx and flying creature. The original Decepticons famously had the Predacons, a sub-group of animal-form combiner robots that could merge to form Predaking.

Separately, the original Terrorcons were also a group of combiner Decepticons that could merge to form Abominus.

It looks like Paramount is tapping on the combined history of all things Transformers, and bringing the Autobots, Decepticons, Maximals, Predacons and Terrorcons into one story, set in 1994 and taking place in Brooklyn, New York, and Peru. 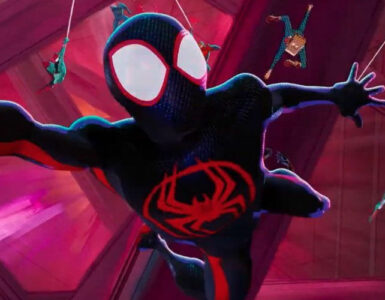 Swinging into the world of toys.