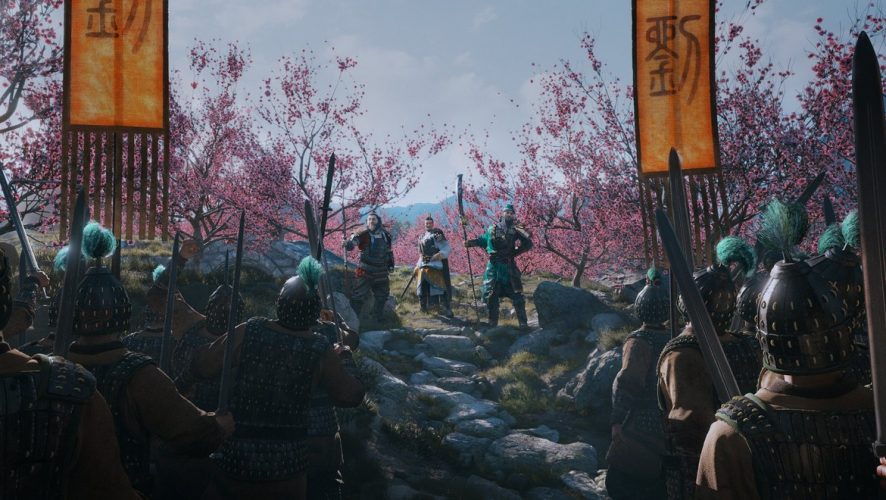 While Creative Assembly has been dabbling in the more fantastical side of things with their Total War series, fans of historical settings will be excited to know that the developers are heading back into the history books for the next entry.

Going back 2,000 years (190 CE), in ancient China, Total War: Three Kingdoms will pay homage to an era of strife and turmoil, where esteemed warriors and generals make their mark on history.

The source material might be greatly romanticized, but it makes for a highly fascinating backdrop. The trailer also highlighted many iconic characters, like Guan Yu, Zhang Fei, Lu Bu, Dong Zhuo, and more.

Details are still scarce, and we still do not know what modifications to the base formula of the Total War series will be made, but I am definitely excited to find out more.

China is in turmoil. The Han Dynasty crumbles before the child-emperor. He is but a figurehead; a mere puppet for the tyrant warlord Dong Zhuo. It is a brutal and oppressive regime, and as Dong Zhuo’s power grows, the empire slips further into the cauldron of anarchy. But hope yet blossoms.

Three heroes, sworn to brotherhood in the face of tyranny, rally support for the trials ahead. Sensing opportunity, warlords from China’s great families follow suit, forming a fragile coalition in a bid to challenge Dong Zhuo’s remorseless rule. Will they triumph against the tyrant, or will personal ambition shatter their already crumbling alliance and drive them to supremacy? The crucible fizzes. Allegiances shift. The fires of conflict stoke opportunity. Only one thing is certain: the very future of China will be shaped by its champions.

The game is set to be released on PC (Steam) this coming fall, so keep a lookout for this one!