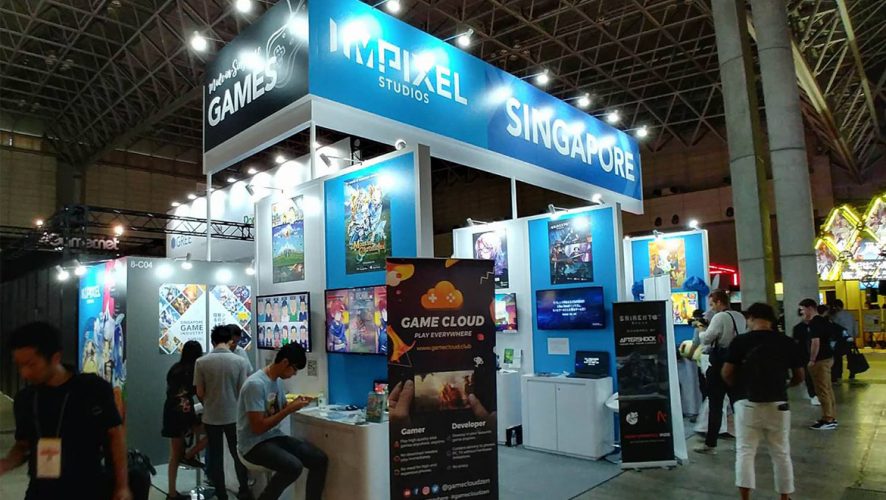 If it’s one thing Singapore knows, it’s how to recover from a mistake.

Earlier on, we highlighted the recent debacle and ensuing discussion regarding the Singapore game developer showcase during Gamescom 2017.

Basically, the booths weren’t that impressive looking, and naturally, folks made it an issue.

But we will be hard pressed to find anyone capable of slamming the Singapore booth at this week’s Tokyo Game Show. 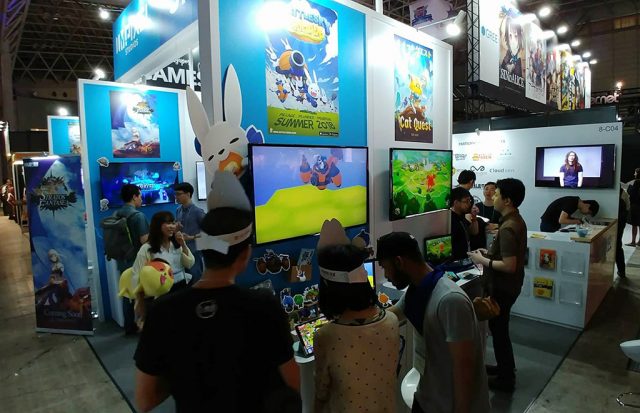 Check out the PIXEL Studios / Singapore booth in the Singapore area. Signs, lights, and filled with people. Gamers!

This was the scene from the first day of the show, which is open only to the media and business visitors. It is bound to get a whole lot more packed during the weekend when the consumers flood into the halls.

Brightly lit with plenty of activity all around, we saw enthusiastic developers engaging with an equally enthusiastic crowd, and best of all, it looked well-designed with clean aesthetics, and more importantly, they were manned constantly!

Developers like BattleBrew Productions, Kaiju Den, Gentle Bros, and Daylight Studios were amongst the exhibitors, rubbing shoulders with likes of Bandai Namco Entertainment and PlayStation.

Is the Singapore booth the best display at Tokyo Game Show? It is not, but it should be commended for a great effort that showcases the ability of our local devs, rather than shifting the dialogue to unmanned spaces and uninspired visuals. Any improvement is a step in the right direction.

Hopefully the support from IMDA will continue, and shine a more positive light on a growing industry that we are all firmly behind.