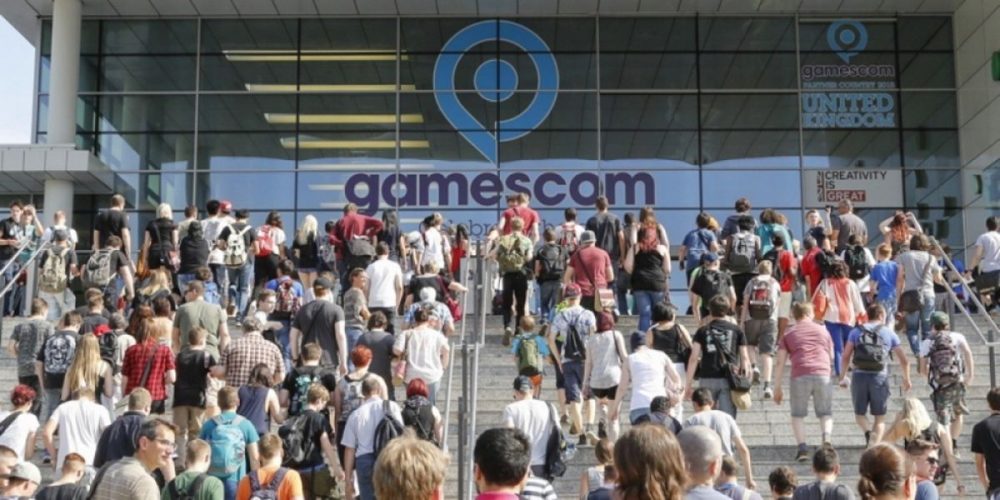 Those words probably rang in the minds of the select few local game developers who were flown up to Gamescom in Cologne, Germany to hawk their latest games, only to find that the odds were never stacked in their favour.

According to a user who submitted a rant on All Singapore Stuff, the Singapore Pavillion was poorly managed, organised and run. In fact, the lone picture accompanying the post shows a standard MICE booth, but designed with just posters in the background.

We can’t see an establishing shot of the supposed 8 booths from Gamescom, but if it looked anything like these two booths, uh-oh. This is a terrible one-sided account.

No effort was put into the design of the Singapore banner and booths at all. It was bare bone, boring and lackluster. I…

Posted by All Singapore Stuff on Tuesday, September 5, 2017

Even though games have become more popular than ever, with titles available across phones, tablets, PC and consoles, the work hasn’t been an easy one. One of the key things that indie developers have to do is to actively promote their game, because what good is a special snowflake if no one knows about it.

But what’s the point of attending a show with booth looking so bare?

In comparison, here are some photos of pavilions by other countries when they attend a conference in Singapore.

And here’s how the Singapore one could have looked.

In a post that has since been hidden or deleted, Leslie Kazuki Ng, a designer at Kaiju Den Studios who was at Gamescom noted that the article by All Singapore Stuff was biased and one sided, though he did point out that it was true that it was impossible for small developers with small teams and even smaller representation to man the booth constantly.

And this is where developers should be allowed to chase down leads and partnerships, and there should have been at least one or two folks by IMDA at the event, helping marketing “Made in Singapore” games. Or perhaps sufficient budget be allowed to support more staff from the development team to man the booths. Credit has to be given where it’s due. For the most part, IMDA has done well in taking the effort to fly developers up to Germany for the event.

With stretched resources, something’s gotta give and when an opportunity arises between keeping a booth manned and a potential investment deal, we say, TAKE THE MONEY!

When a booth is fully staffed, it would look as awesome as the guys from Sairento VR –

However, there’s something we can’t ignore. Compared to the other booths constructed by other countries and you realize that the contrast is rather stark. 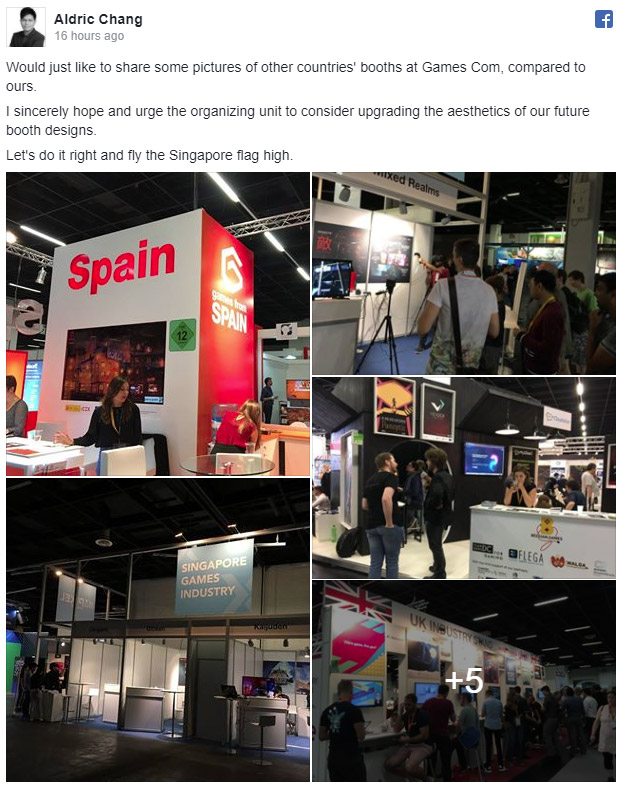 The issue with such trade shows is that it’s like a carnival with a bombardment of sound and visuals. If a booth can’t stand out, it’s going to be a hard time to make a pitch and draw in the first eyeball.

While there seems to be plenty of factors at play here which we might not be aware of, we’re sure something like booth design could be something that should be addressed with haste. After all, if we do not put in the effort the support our own local industry, who else will? Especially, if the folks who built the set are Singaporean and have that responsibility to deliver.

Hopefully our local developers will continue defying the odds and put Singapore up there with the very best. Sometimes it’s more than just about grants, and this will go down as a lesson learned for all involved.

Otherwise, we end up getting games such as this, by the CPF Board.

We doubt that even the most ambitious of game booths at the top line gaming event can ever save this “Made In Singapore” travesty.