The Teenage Mutant Ninja Turtles Are Hopping Into Smite This November

Cowabunga! The free-to-play MOBA game SMITE is about to get a whole lot more Turtle action in November.

In a new trailer, game developers Hi-Rez revealed that the game will be having a collaboration with the Teenage Mutant Ninja Turtles. With players able to gain access to four new skins based on the four Ninja Turtles. Alternative skins for each Turtles will also be available through the prestige track, that more closely resemble their early animated appearances.

“A few Teenage Mutant Ninja Turtles superfans at the studio pushed these skins to be something well beyond what we traditionally think of as ‘skins,'” SMITE Executive Producer Travis Brown said in a statement. “We’ve created all-new models, rigging, animations, and effects to really bring the Turtles into the Battleground of the Gods. They may use the abilities of existing SMITE gods, but they’re essentially all-new characters.”

“SMITE is all about blending diverse mythologies and fictional universes, in a way no other game can. You can play as Zeus, Bob Ross, or Cthulhu and you can fight King Arthur or Avatar Aang—and now we’re adding the Teenage Mutant Ninja Turtles to the Battleground,” said Hi-Rez Studios Brand Director of Live Games Alex Cantatore.

Aside from the Turtles, players will also be able to unlock skins for the Turtles’ mentor and father figure Splinter, as well as their arch-nemesis Shredder.

More information on the upcoming collaboration will be revealed on Hi-Rez’s Twitch channel on 14 October.

Travel to another world with Aniplus Cafe's Isekai Quartet 2 collaboration. 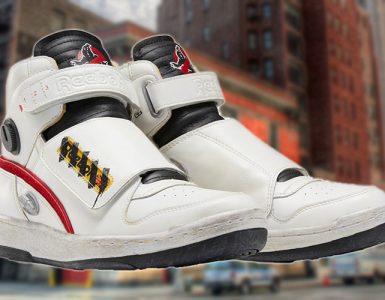 Who you gonna call this Halloween? Reebok, of course.

Scroll your way through Night City like a badass Samurai.

PlayStation Store Gears Up For PS5 As It Phases Out PS3, PS Vita And PSP Offerings

Disney Announces Restructuring Of Company With A Focus On Video Streaming